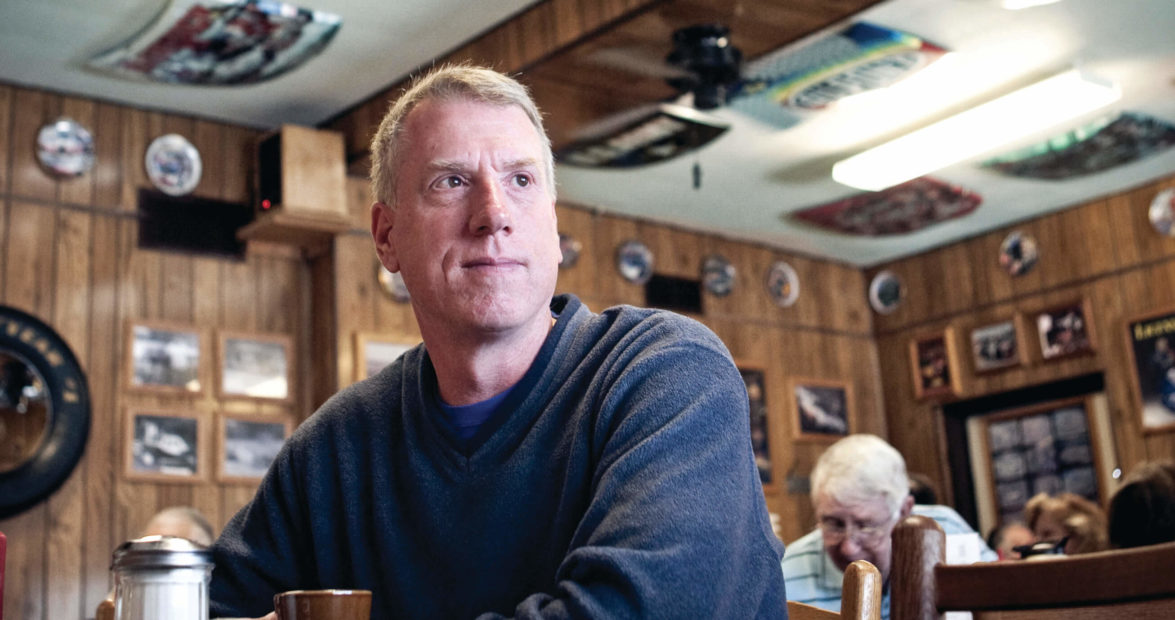 Dan Pierce admits it freely. Growing up in West Asheville, he spent much of his youth trying to dodge the “redneck” and “cracker” labels. Then, while in graduate school at The University of Alabama, he took a course taught by the noted Southern historian Grady McWhiney. And as McWhiney talked about Celtic culture in the Old South, Pierce began to see himself — and the people he grew up with — in a light that gave him pride.

“The first book we read was Plain Folk of the Old South by Frank Owsley,” Pierce says. “It opened my eyes to notions about the history of ordinary working-class people, that there was something important there.”

So important that not only did Pierce stop denying his roots, he’s well on his way to becoming a Southern historian of note, chairing the History Department at the University of North Carolina at Asheville and writing books as he explores the grit and determination of the Southern working class.

If, as Grady McWhiney claimed, “cracker” is rooted in the Gaelic “craic” for “entertaining conversation,” the word nails Pierce. He looks and talks a little like a mash-up of Andy Griffith and Bill Clinton, with a hint of Gomer and Goober thrown in. He even refers to himself, with pride, as the “token cracker” on campus.

Pierce writes serious history but strives to reach more than historians. His first book, The Great Smokies: From Natural Habitat to National Park, is something of a bestseller. While most academic books find their primary audiences on college campuses and are considered successes if their sales top out at several hundred copies, Pierce’s book has sold nearly 5,000 copies and continues to do well in park bookstores.

In the book, Pierce doesn’t focus on the businessmen and politicians who created the park. The chapter of which he’s most proud tells the story of the farm families who were removed from their land. Many of their stories he collected firsthand. One of his favorites is from Glenn Cardwell, the mayor of Pittman Center, Tennessee, who grew up in Greenbrier section, now part of the park. As Pierce tells it, one day, when he was eight or nine years old, Cardwell followed a trail going up through the woods on his father’s farmland and came upon a still.

“Well, he goes running, ‘Daddy, Daddy, there’s a still up there,’ ” Pierce relates. “His father says, ‘Boy, shut your mouth.’ Now, his dad was a good Baptist deacon, but there wasn’t any conflict. In fact, the sheriff of the county was his best customer.”

Pierce’s second book, Real NASCAR: White Lightning, Red Clay, and Big Bill France was published by UNC Press in April and is likely to reach an even bigger audience. He wrote it to show why hundreds of thousands of people in the Piedmont love stock car racing. Pierce himself is a latecomer to motor sports. As a child, he considered the Friday night noise from the Asheville Speedway near his house a nuisance. Then, in 1994, a former college roommate talked Pierce into attending a then-Winston Cup race at Bristol Motor Speedway. Pierce was an instant convert.

Since that experience, he’s attended at least one top-division NASCAR race each season. The first thing he does each day is check out NASCAR news and gossip on the Internet, then update his blog, RealNASCAR.com. And in his campus office, alongside diplomas and awards hanging on his walls, you’ll find the side panel from the Number 22 Caterpillar Dodge Challenger that Dave Blaney drove in the 2006 NASCAR Sprint Cup.

For Pierce, his fascination with NASCAR comes not only from the thrills generated by a herd of high-performance autos screaming around a track. Underneath the flash, Pierce appreciates the spirit he sees in both the drivers and the fans. It’s the same spirit that intrigued him in McWhiney’s class. It’s the notion, he says, of “how people who are in difficult circumstances, who are low down on the economic scale, low down on the social scale, create their own world, whether it’s making art out of junk or making your car drive faster than anybody else in your neighborhood.”

What he prized all along about his West Asheville neighbors and didn’t realize, he says, “was their was lack of pretense. They are who they are.”

“At a certain point, you either change the way you talk and take on a totally different lifestyle,” he says, “or you embrace who you are.”