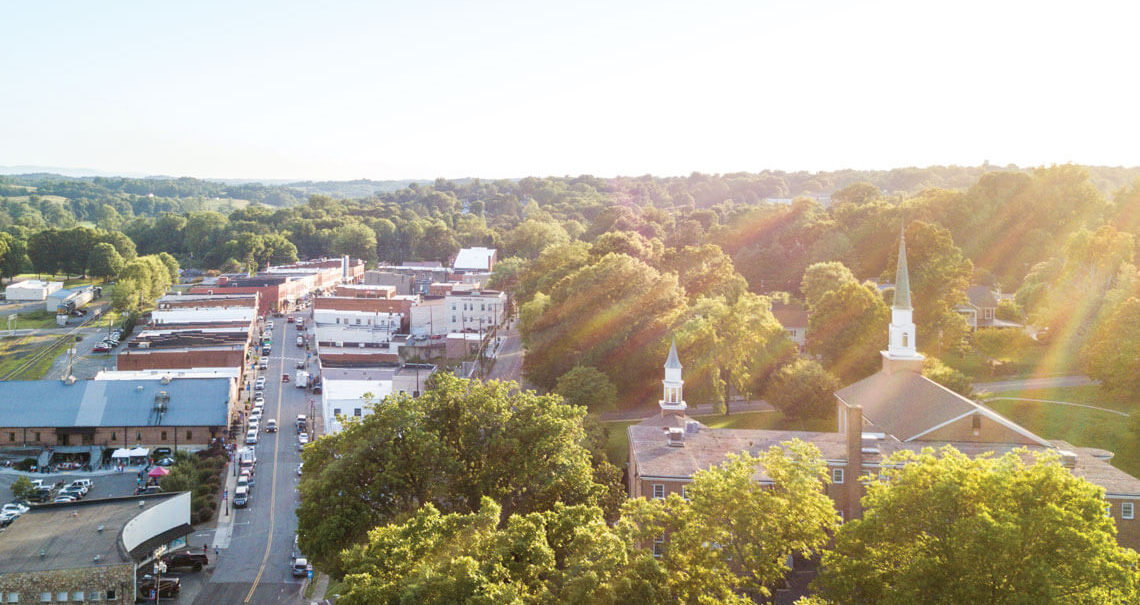 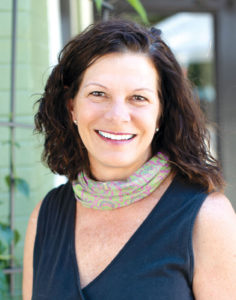 Growing up, Teresa Smith spent countless hours exploring the Yadkin River and the extensive trail systems near downtown Elkin, and she almost never encountered a crowd. Now, word is out that Elkin is home to some of the best outdoor recreation in North Carolina. Interest in hiking, biking, and paddling in the small mountain town — where a section of the Mountains-to-Sea Trail runs right along Main Street — has exploded.

“Our little town has gotten very popular in the past few years,” says Smith, owner of Harry’s Place restaurant. “People are surprised that so much is accessible from our downtown: You can hike for a few miles, get on the water, go to a winery, do a little shopping, and have a good meal, all right here.”

Southern on Main. Favorites like blackened catfish, shrimp and grits, and pimento cheese are just part of the appeal. “The big draw is the outside patio on Main Street,” Smith says. It’s one of the only outdoor dining options in downtown Elkin. 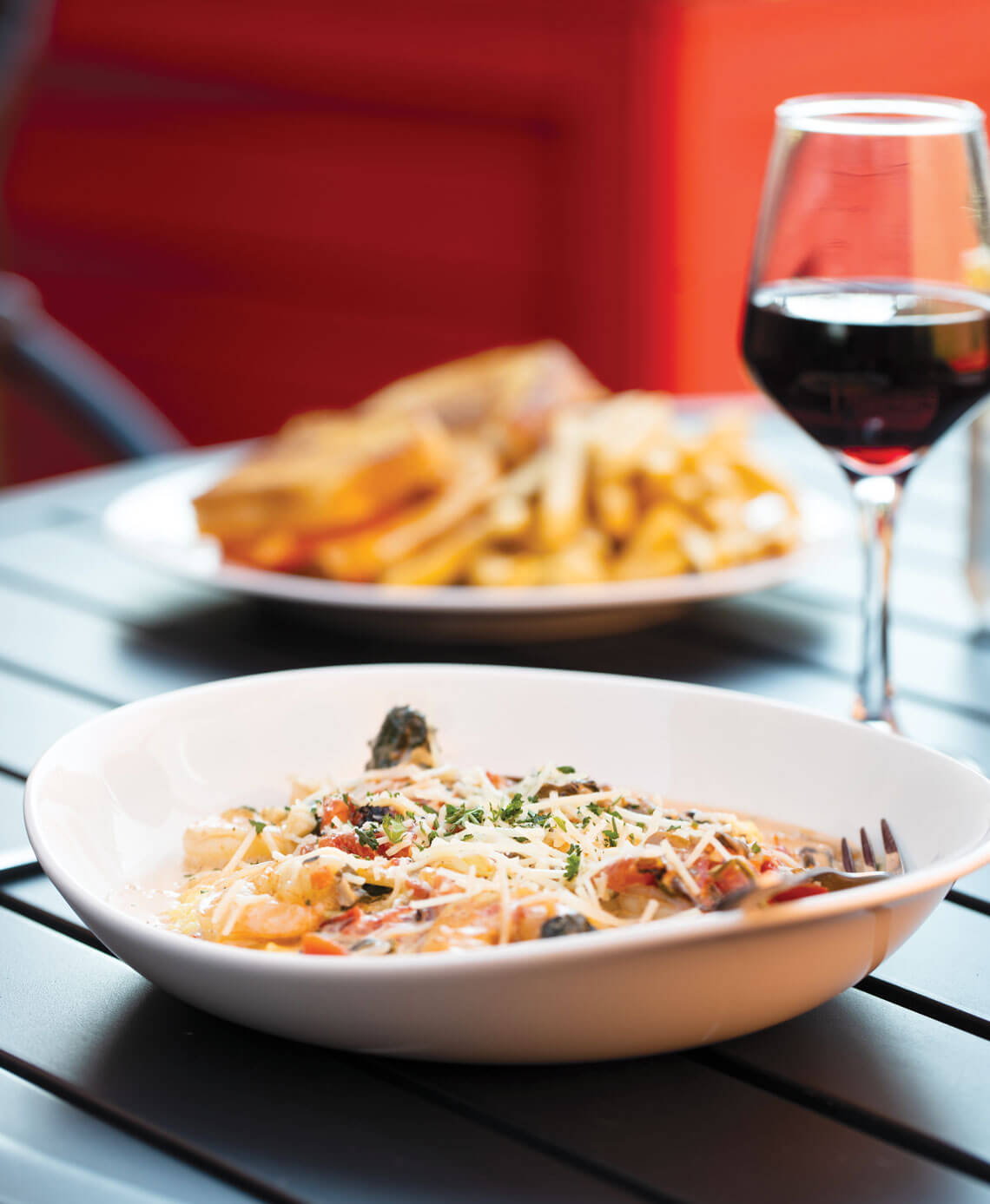 Try the shrimp and grits at Southern on Main in Elkin. photograph by Revival Creatives

The Barking Coyote Kitchen. Smith calls this “the No. 1 hangout in town on a Saturday morning.” In addition to coffee and scones to fuel your day, the quick-service restaurant is stocked with seasonal grocery staples, including dairy, eggs, and produce from the owners’ farm, plus to-go foods made from scratch in-house.

Harry’s Place. Smith is the third-generation owner of Harry’s Place. Since 1954, it’s been a barbershop, a packaged goods store, and now a restaurant. Smith calls it “a small hole-in-the-wall,” where she cooks up popular meat-and-three dishes like pork chops, fried chicken, mac ’n’ cheese, and turnip greens. “It’s a mom-and-pop restaurant during the day and has a bar atmosphere at night,” she says. 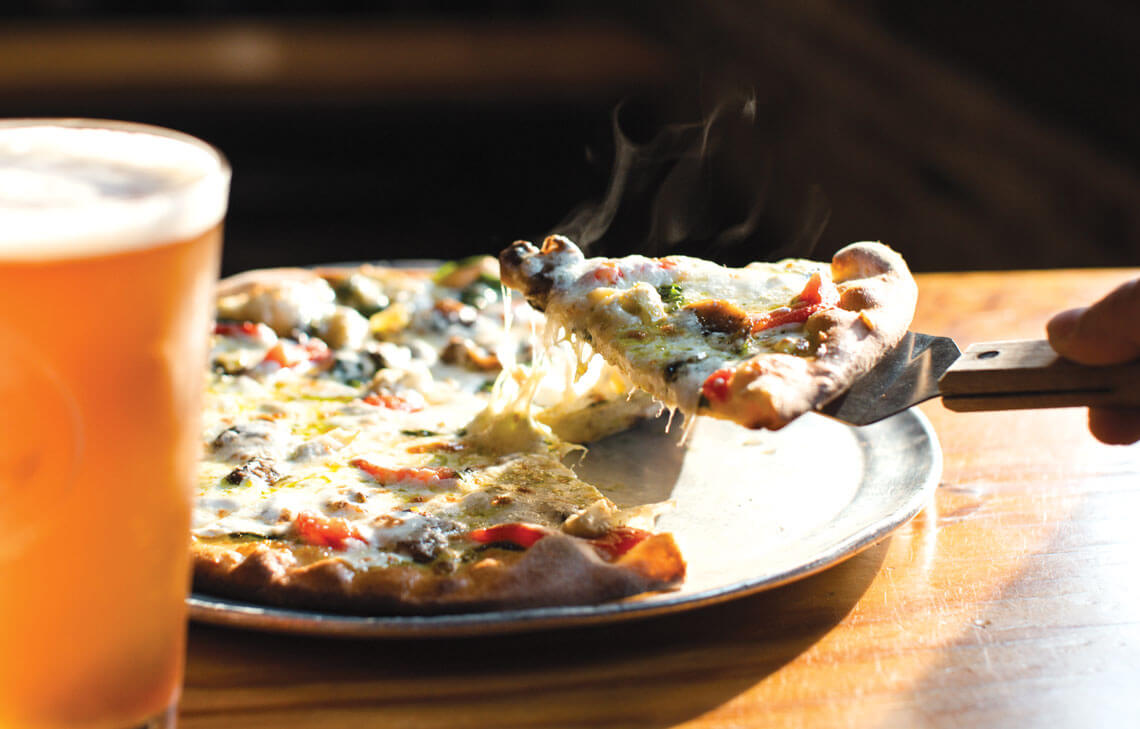 Rocky Forest River Run. Located on the Yadkin River just outside of downtown, this outfitter offers canoe, kayak, and tube rentals, as well as guided adventures like fitness kayaking and Moonlight River Runs. 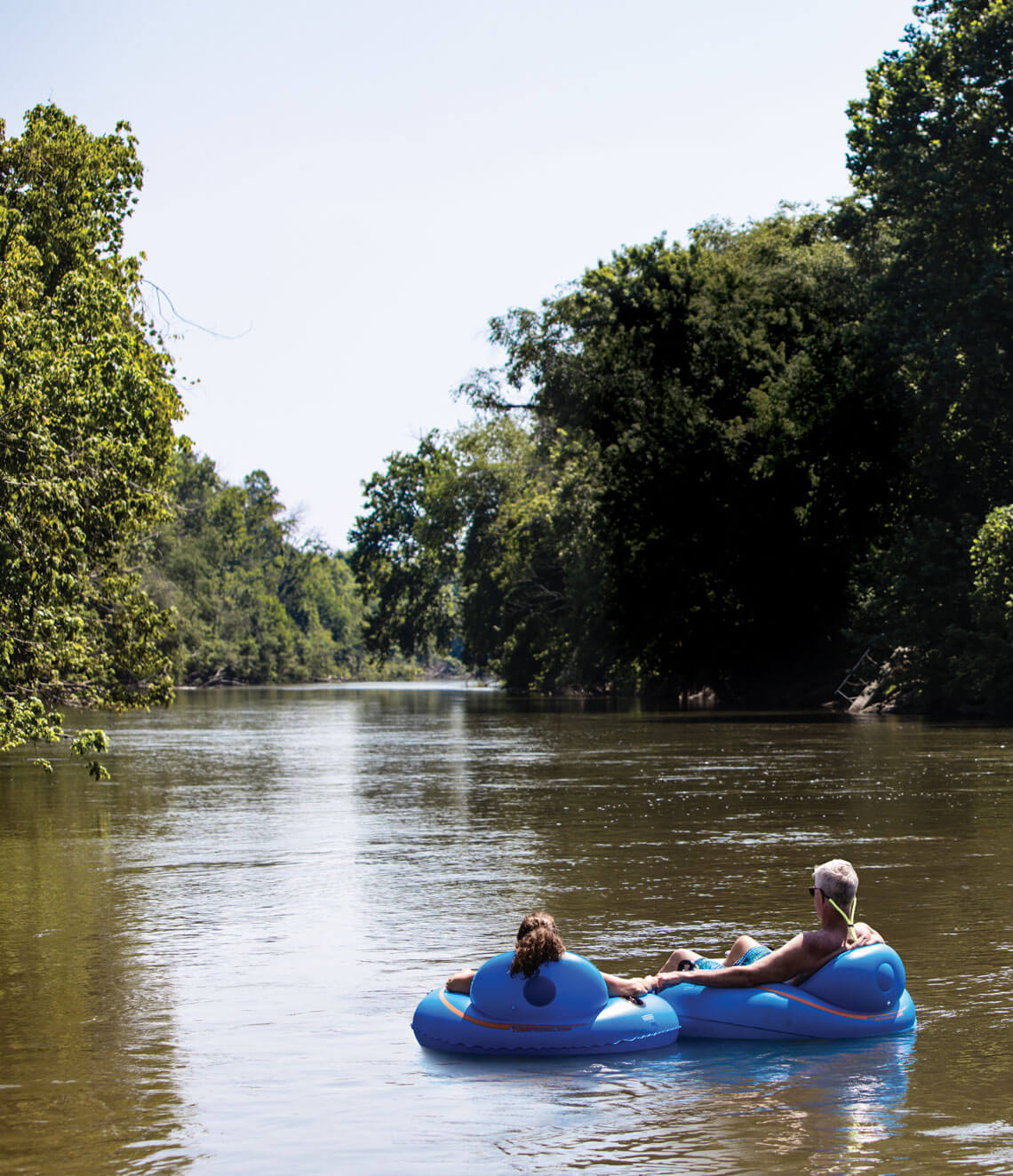 Tubing on the Yadkin River in Elkin. photograph by Revival Creatives

Gwyn & Market. Shopkeepers Dan Butner and Brian Horton have searched North Carolina and the country to source gourmet foods and home goods ranging from kitchen towels and scented candles to soaps and lotions. 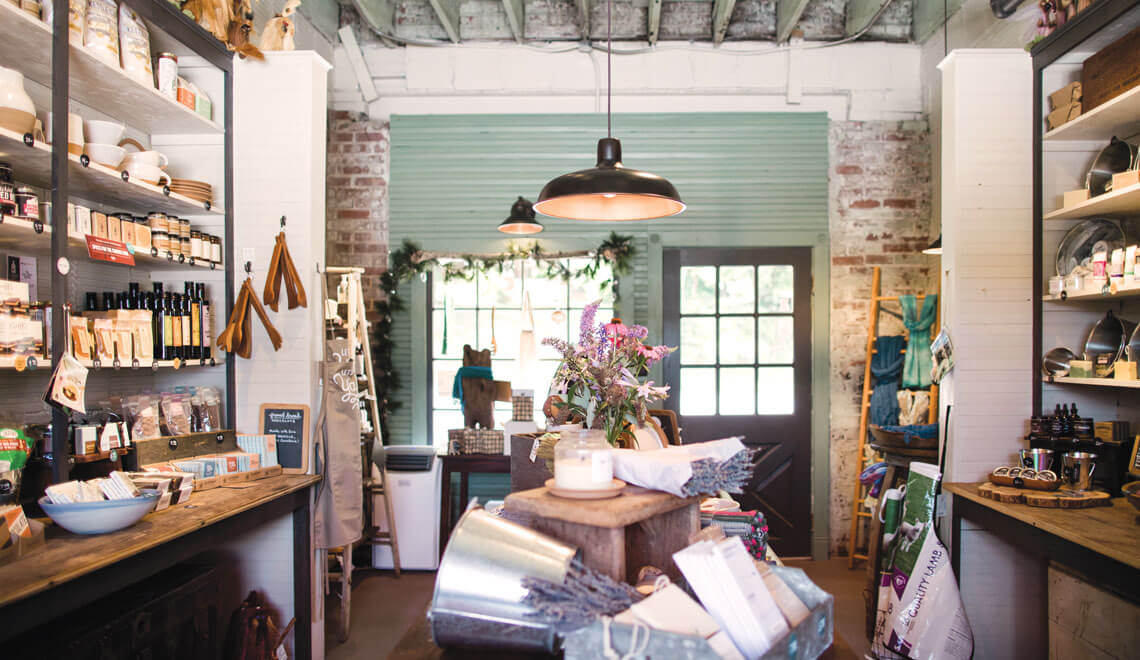 The November Room. This popular gift shop stocks items from baked goods to pottery to clothing — many made by local artisans. “I do all of my shopping there,” Smith says. Order a glass of wine to sip while browsing.

Maggy’s Place. The former Elkin & Alleghany Railroad Office was renovated into a destination rental. The charming one-bedroom, one-bathroom Airbnb has a spectacular patio on Main Street. “It’s a great location to access the trails, restaurants, and shops,” Smith says. 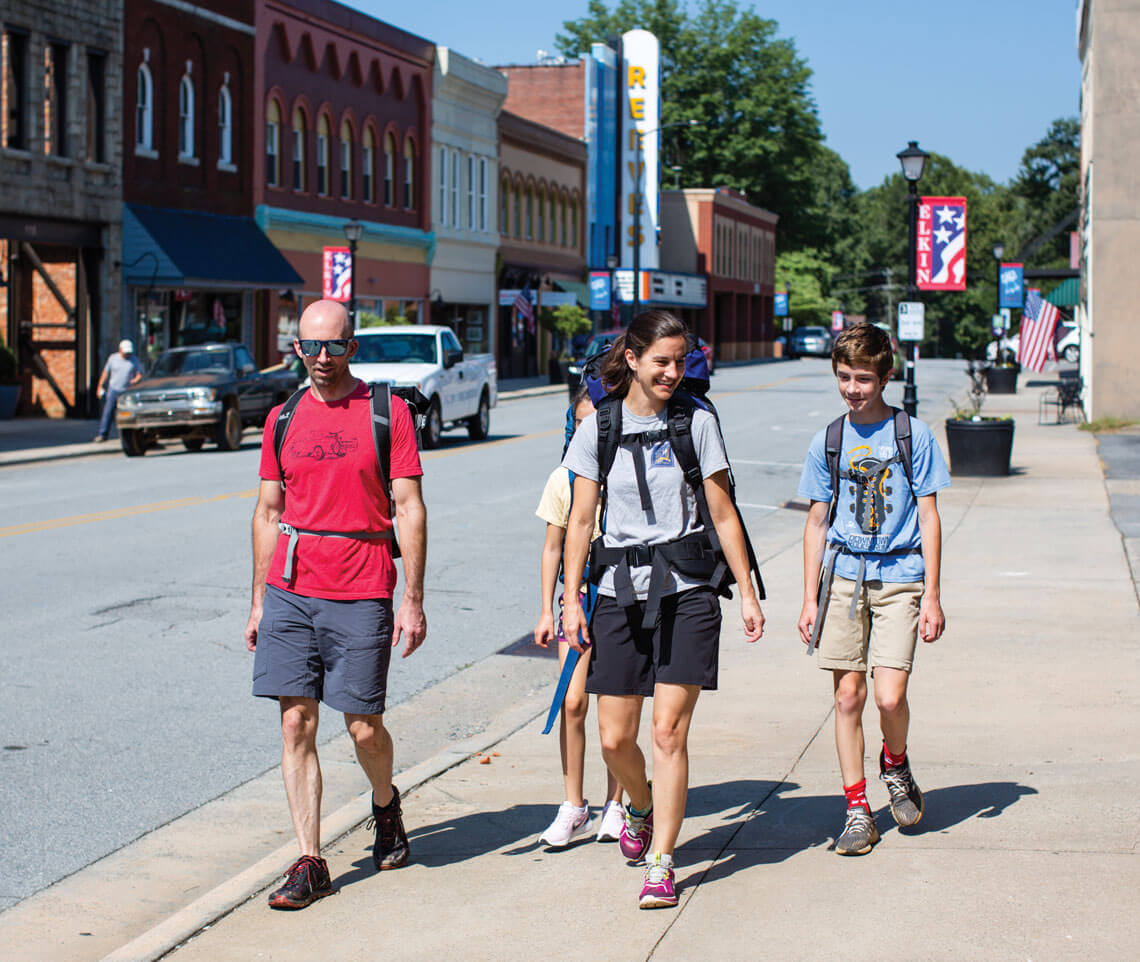 Hikers on the Mountains-to-Sea Trail, which runs down the sidewalk through downtown Elkin. photograph by Revival Creatives

Three major trails — the Mountains-to-Sea Trail, the Yadkin River State Trail, and the Overmountain Victory National Historic Trail — converge in Elkin. Take the same route that Revolutionary War soldiers followed on the Overmountain trail. The 330-mile trail system, accessible at Elkin Municipal Park, passes through Virginia, Tennessee, and North and South Carolina. Or slip into the water and follow the Yadkin River State Trail. The launch point at Crater Park provides access to 130 miles of paddling, campsites, and local points of interest. Meanwhile, the Mountains-to-Sea Trail runs from the Great Smoky Mountains to the Outer Banks, and in downtown Elkin, Smith says, “our main street is the trail; the markers are painted on the sidewalk.”