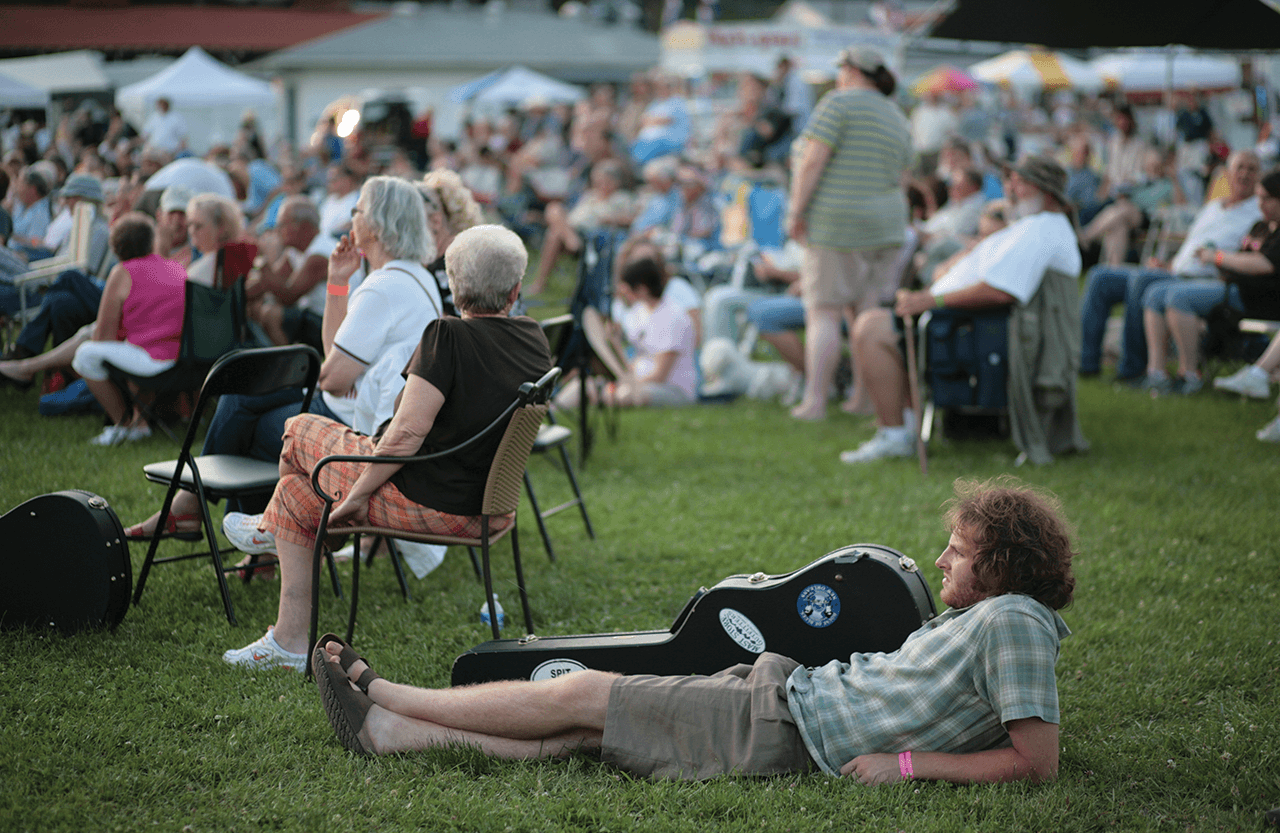 Some people have bluegrass and old-time music in their blood, and once it’s there, it’s almost impossible to dilute it.

Not that they necessarily want to, you understand, because they typically don’t. For those folks, there’s something familial — something primal — about the sweet sounds of old-time music, the kind of music birthed by fiddles and banjos, by mandolins and dulcimers.

The kind of up-tempo music that makes folks get up and dance.

The kind of music that for generations has attracted multitudes of music lovers to fiddlers’ festivals around the state.

Casey’s grandfather, H.P. VanHoy, founded that first fiddlers’ event 90 years ago as a fund-raiser for Union Grove School, where he was a teacher. Now Casey oversees one of the township’s two events today, the Union Grove Old-Time Fiddlers’ Convention, which is held Easter weekend. (The other is the Fiddler’s Grove Ole Time Fiddler’s and Bluegrass Festival, held every Memorial Day weekend.)

“I always liked the fiddlers’ convention,” Casey says of the event begun by his grandfather. “There’s just something about the camaraderie and community of the musicians that makes it special. It’s got a vibe to it like nothing else.”

Though a fiddlers’ convention is, by definition, a competition — or, in most cases, a series of competitions — among bands and individuals, there’s so much more to a festival: Rousing performances. Musical workshops. Old-fashioned, impromptu jam sessions. Friends, new and old, and fellowship. It was most likely that way in 1924, and it’s certainly that way now — not only at the Union Grove conventions, but at fiddlers’ festivals in Mount Airy and Silk Hope and Wilkesboro and Jefferson.

Attendees look forward to these events all year and will come early to get a head start on playing. “Our festival is a two-day event, but the park is usually full a week to a week and a half prior to that,” says Gary Willard, who oversees the annual Bluegrass & Old-Time Fiddlers’ Convention, held in Mount Airy the first weekend of every June. “They come more for the picking that goes on in the evenings, because they’re seeing friends they only see once a year and just enjoying the music. People come from everywhere just for the picking. At any time, day or night, during the week prior to the convention, there are jam sessions going on all over the park.”

According to Willard and Casey, therein lies the success of fiddlers’ conventions. It’s not because of high-
dollar marketing campaigns or big-name entertainers or any kind of high-tech bells and whistles.

It’s the music — the simple, unadulterated music that gets in the blood and settles there for generations.

“It’s the purity of it,” Casey explains. “There’s no stars, really, because the music itself is the star. A lot of this music started in this region — it’s in people’s blood around here — and I think that’s why a lot of people come from far and wide, because they know the music is authentic here. Everybody around here has a good guitar player in their family, or a good banjo player or fiddle player. That’s what makes it authentic.”