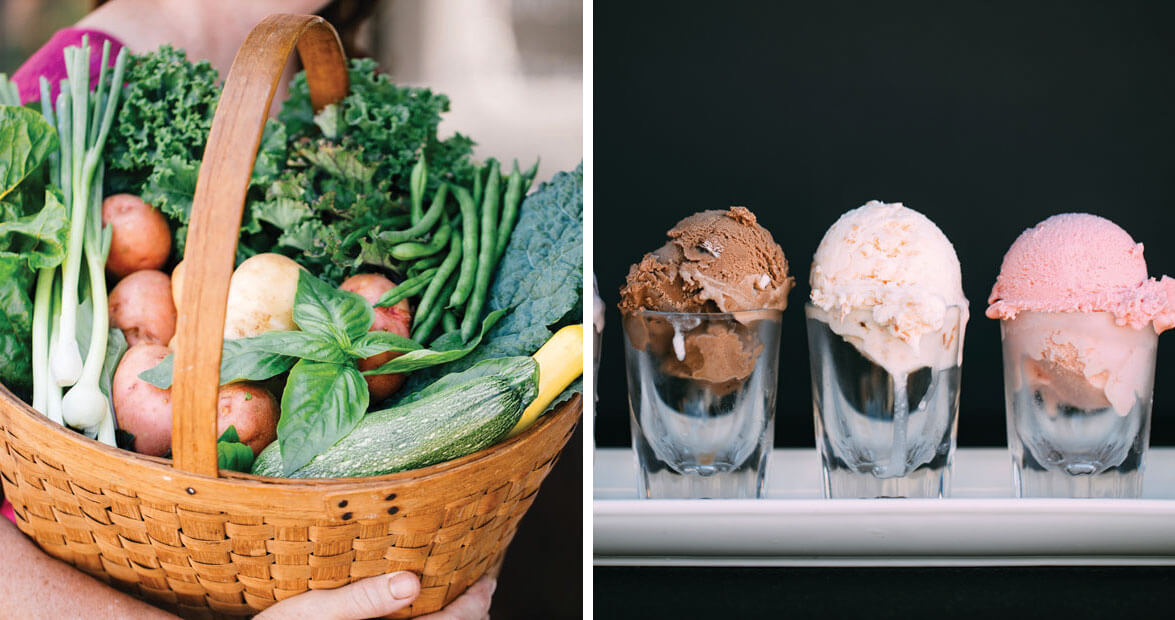 Lia Chasar had a pretty good idea of the many challenges she’d face when she decided to open Elsewhere on 10th, North Wilkesboro’s only dedicated farm-to-table restaurant, back in 2015.

Chasar, who grew up in Wilkes County but moved away after high school, had returned home in 2013 to help care for her aging parents. She had previously owned a vegetarian café in Tallahassee, Florida, where she sourced ingredients from local farmers and urban garden projects, so she knew how to manage a restaurant. She also knew, however, that the local-food movement flourishing in Tallahassee had not yet blossomed in North Wilkesboro, a small community where farm-to-table dining is mostly done at home, around the family table.

“When we opened this place, the idea was to try and educate people about local and seasonal eating,” Chasar says. “This is more of a grocery-store community, and it takes a while to change that mind-set. The first thing we had to do was get people in the door.” 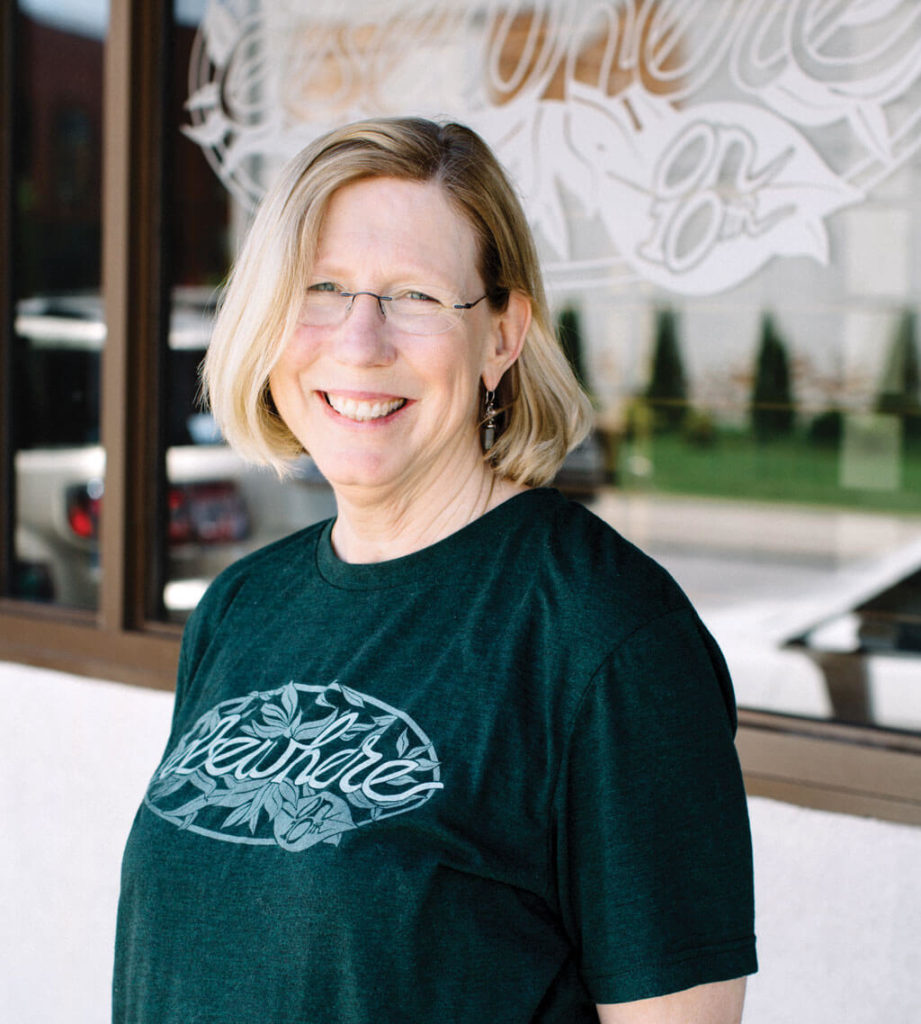 But before she welcomed the first diners, her new restaurant needed a name. Chasar freely admits that what she finally came up with — Elsewhere on 10th — actually seems “kind of silly.” As in, do you want to eat here? No, let’s eat elsewhere. Given Chasar’s mission, though, the name actually seems quite fitting. As in, do you want to eat at the usual fast-food spot? No, let’s eat someplace where the food is fresh and local — let’s eat elsewhere. And in this case, in North Wilkesboro, eating elsewhere means eating at Elsewhere on 10th.

“It was difficult at first,” Chasar explains, “because it was hard to find enough small, local farms and gardens to support my restaurant. But we have that now.”

A network of at least two dozen local and regional farmers and vendors provides nearly all the meats, produce, and other foods that find their way onto Elsewhere’s menu. The purveyors include well-known entities such as Ashe County Cheese and lesser-known individuals who might provide, say, four gallons of strawberries or a few dozen eggs per week.

Customers can choose from a variety of signature dishes ranging from soups, salads, and sandwiches (hint: try the grilled ham ’n’ cheese) to more substantial fare like bourbon-glazed chicken, crab cakes, and filet mignon. Every meal begins with Chasar’s popular sweet potato biscuits, and many end with a dish of her homemade ice cream. 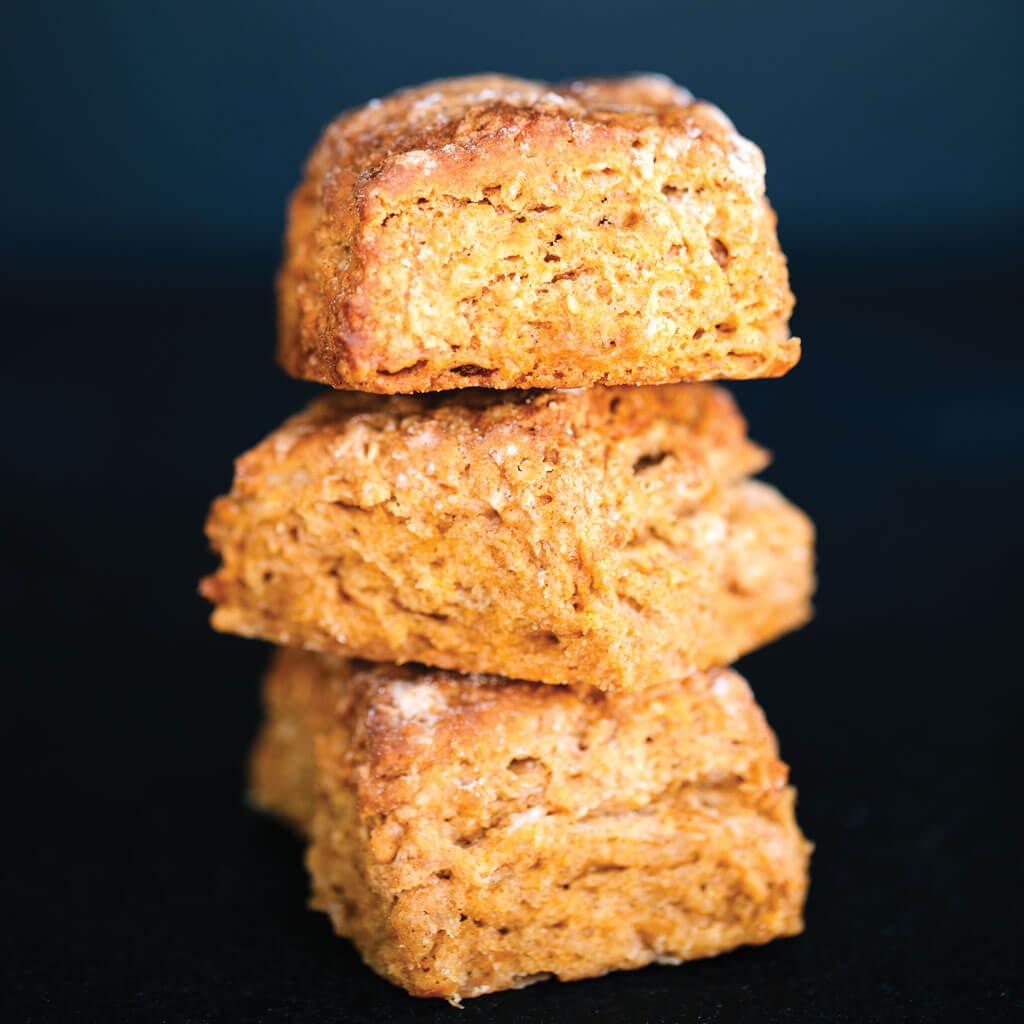 Lia Chasar is also known for the sweet potato biscuits she serves at every meal. photograph by Revival Creatives

Chasar says that customers are starting to embrace the farm-to-table concept.

“It took a while, but I think they like it now,” she says. “They’ll come in, and any day of the week, there’ll be somebody in here in overalls bringing milk in, or somebody calling me out to their car to look at their vegetables, or somebody bringing me some strawberries. When people see that, I think it gives them a little more confidence that we’re not just throwing out buzzwords — this is something that we’re actually doing.”

Chasar knows all the buzzwords: Cage-free. Organic. Sustainable. Free-range. Grass-fed. Locally sourced. No hormones. Pesticide-free. There are plenty more — and they’re important parts of her mission — but to Chasar, what’s most important is whether or not she’s making a difference in her community. Do customers see the benefits of farm-to-table dining? Do they understand that they’re eating cleaner and healthier? Do they see how it benefits the local economy?

Chasar’s partners — the farmers and vendors who are supplying her food — believe that customers do.

“Wilkes County can be kind of a hard nut to crack, but it’s coming around,” says Jennifer Anderson, co-owner of Olivia’s Legacy Meats, a pasture-raised meat business in nearby Roaring River. “The premise of farm-to-table is a little new to some people — they don’t understand why it’s a big deal — but the educational piece of it is coming along. Progress is being made.”

And much of the credit for that progress belongs to Chasar and Elsewhere on 10th.

“She has a special place in our hearts,” says Shiloh Avery, co-owner of Tumbling Shoals Farm in Millers Creek, which provides organic fruits and vegetables to Chasar. “She’s trying to run a farm-to-table restaurant in what is a challenging place — a small community. So we absolutely care about the success of her restaurant, because I want to live in a community where that sort of thing is supported. And it’s a mutually caring relationship, because she cares about the success of our farm, too. We support each other.”