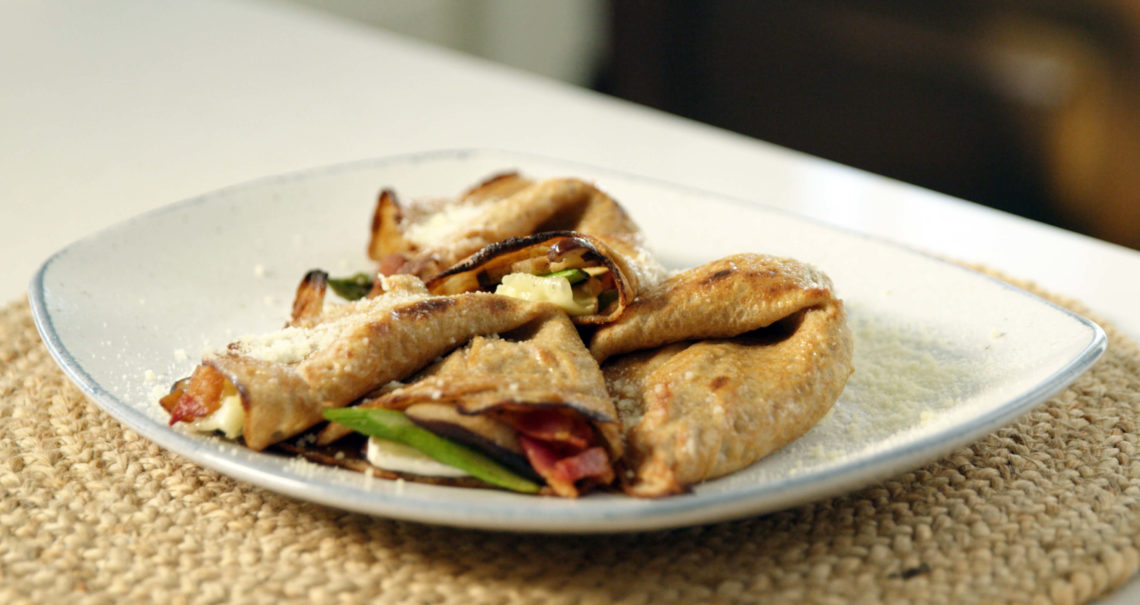 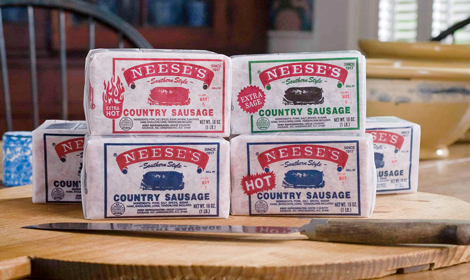 For the crêpes:
Place the flour into a large bowl. Whisk in the eggs to break them up and then follow with milk, water, and salt. Continue whisking until smooth. Pour in the melted butter and whisk until incorporated. Cover and refrigerate for 30 minutes to an 1 hour.

Heat a nonstick sauté pan on medium-high heat. Oil with a little butter or pan spray.

Pour in roughly ¼ cup of batter, or just enough to coat the pan, and swirl to coat evenly. It should be a thin layer; if any pools in the middle, simply pour it back into the batter bowl so the crêpe isn’t too thick. Cook until the batter is set and begins to dry on top, about 1 minute, then flip it and cook the other side until both sides of the crêpe are golden brown, about 20 seconds more.

Turn out onto a plate and layer a piece of parchment paper between each crêpe as the finish. They can be wrapped and set aside at room temperature for several hours once they’re done.

For the filling:
Heat a large sauté pan on medium heat. Add the oil and the bacon and cook until rendered and crisp. If needed, pour off some of the fat before adding the vegetables to the pan. Cook until tender and bright in color, 4 to 5 minutes. Fill the crêpes with desired amount of cheese and bacon/vegetable mix.

Broil crêpes in the oven for 3 to 4 minutes.