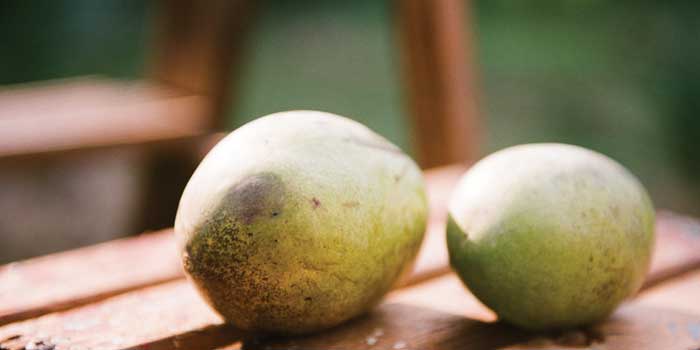 It hangs on a tree like an apple. It grows in a cluster like a grape. It ripens in late summer like a peach. It tastes like a banana and a mango mixed together.

The pawpaw is complicated.

It doesn’t know exactly what it is, so no wonder few people understand it.

He grows about 30 varieties of the fruit in his backyard in Winston-Salem. Every summer, throughout August and into September, he harvests the ripe pawpaws, which are about the size of small baking potatoes, and carries them into his kitchen. He peels off the thin skin of the fruit and places the soft, pudding-like middle into a bowl. He mashes the pulp with a fork and removes the lima-bean-size seeds. Like a banana or a persimmon, the pawpaw pulp makes delicious breads and pies and cookies.

In the early 1900s, many people knew the pawpaw well. The pawpaw is native in every North Carolina county, and from northern Florida to southern Ontario. The short, stubby trees once grew along many streams, creeks, and rivers. But as people cleared the land, they destroyed the taller trees that provided vital shade for pawpaw saplings. They tried to make up for the missing fruit by importing bananas and mangoes. But there is no substitute.

A pawpaw may hang like, grow like, ripen like, and taste like a lot of things. But it isn’t. A pawpaw is the largest edible fruit native to North America. It is the only food source in this area for the zebra swallowtail butterfly. It is one of a few fruits that require no pesticides. It is the closest thing to a tropical fruit that grows here.

The pawpaw can’t be understood by comparing it to something else. It is, simply, a pawpaw. 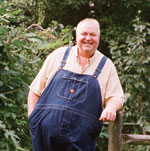 The best way to understand a pawpaw is to taste it. Join Derek Morris (above) and other pawpaw enthusiasts at the North Carolina Pawpaw Festival on August 29 in Lewisville to make sense of the fruit for yourself. The festival takes place at Jack Warren Park, 450 Lewisville-Clemmons Road, from 10 a.m. to 1 p.m. Visit ncpawpaw.com for more information.