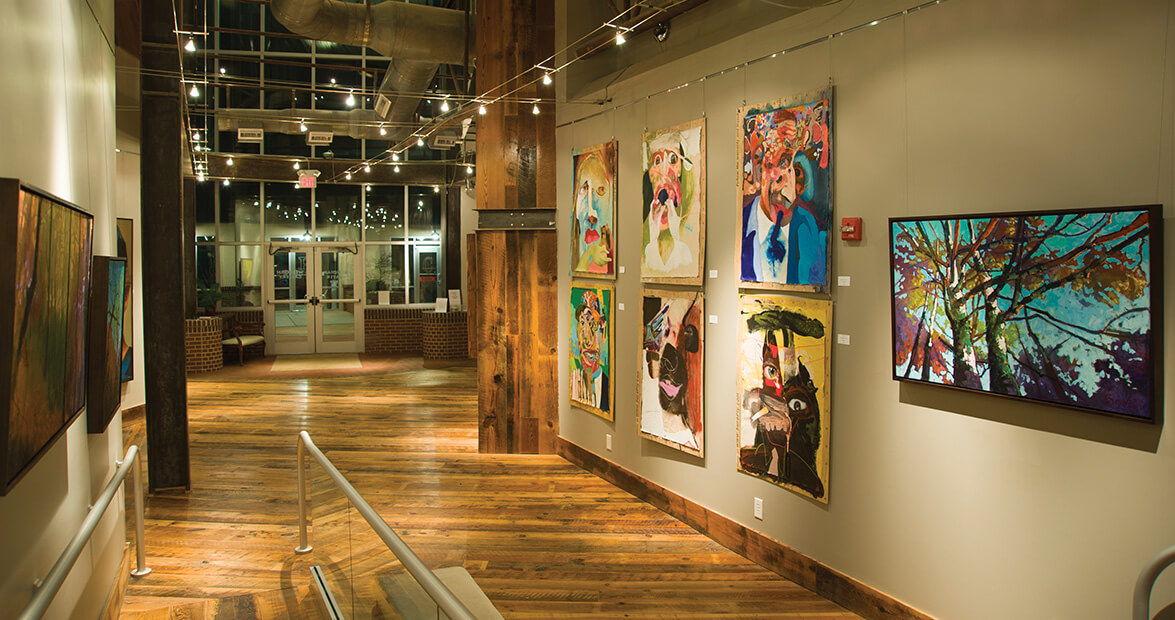 Generations of Yadkinville residents remember the building with the rounded roof downtown on Main Street. In the ’50s, they peered at new Dodges through the showroom windows of Adams Motor Company. Later, they skated the night away when the space was occupied by a roller rink. More recently, they ate barbecue with friends when it was Whiff’s Barbecue Restaurant.

Because the building sat empty for the majority of its lifetime, though, most people probably remember it as an eyesore in downtown Yadkinville. Today, this once run-down and forgotten building thrives with new life as the Yadkin Cultural Arts Center, bringing a variety of art forms to Yadkin County.

When John Willingham, a Winston-Salem native and president of the Yadkin Arts Council, moved his apparel company, Indera Mills, to Yadkinville in the ’90s, he brought with him a love and appreciation of the arts.

“There was no gallery, no movie screen, anything,” Willingham says, and he had a vision to change that. Yadkinville was his new home, and he wanted to create a space that gives the community a heart, a sense of cohesion, a cultural anchor. Mostly, he hoped to show that art is something everyone can relate to, if given the opportunity. 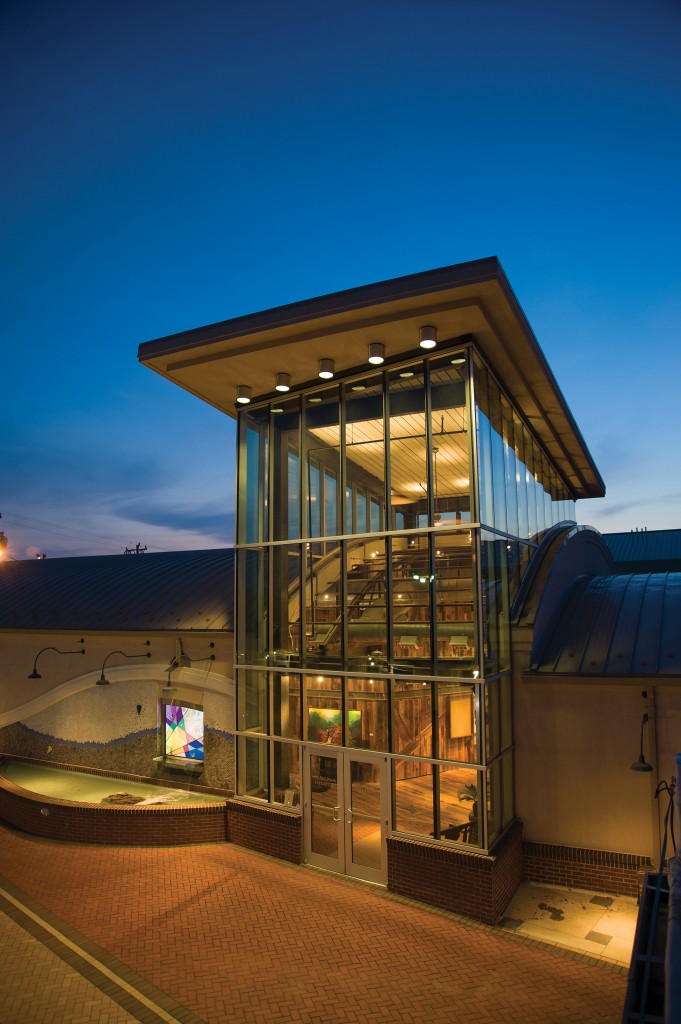 Outside the center, the Yadkin Arts Council added a modern-looking glass tower to act as a beacon. photograph by Bill Jarrett

So in 2002, he bought the dilapidated building on East Main Street as a gift to the Yadkin Arts Council and began a complete renovation in mid-2009. Within a year, the Third Branch Café, three multifunctional classrooms, and the Welborn Gallery were completed, with studios for local artists and the Willingham Theatre not far behind.

“The arts create a web, and we’re a part of it,” Susan Lyons says. “We make it stronger and it makes us stronger.”

At first, Willingham was uncertain about how the center would be received, but he knew it was a success when the Welborn Gallery opened with Christine Rucker’s “Yadkin River Story,” a photographic journey down the Yadkin River and into the lives of the people who live on it.

“It was like a magnet,” Willingham says. “People could feel emotionally attached.” And they’ve been hooked ever since. The center is constantly bustling, whether it’s hosting a local elementary school’s rendition of Annie or a sold-out Kruger Brothers show.

This is what really makes the Yadkin Cultural Arts Center special. The center connects the past with the present, the old with the new, and provides hope for the future of the arts in Yadkinville.

“Everyone has a different memory about the building, and every memory is special,” Stephen Lyons says, “whether it’s an older person talking about roller skating there 50 years ago or a child performing in his first play on the theater’s stage. You have people talking about what it was, what it is now, and what it will be.”

Georgia Cassady was an intern at Our State during fall 2013.