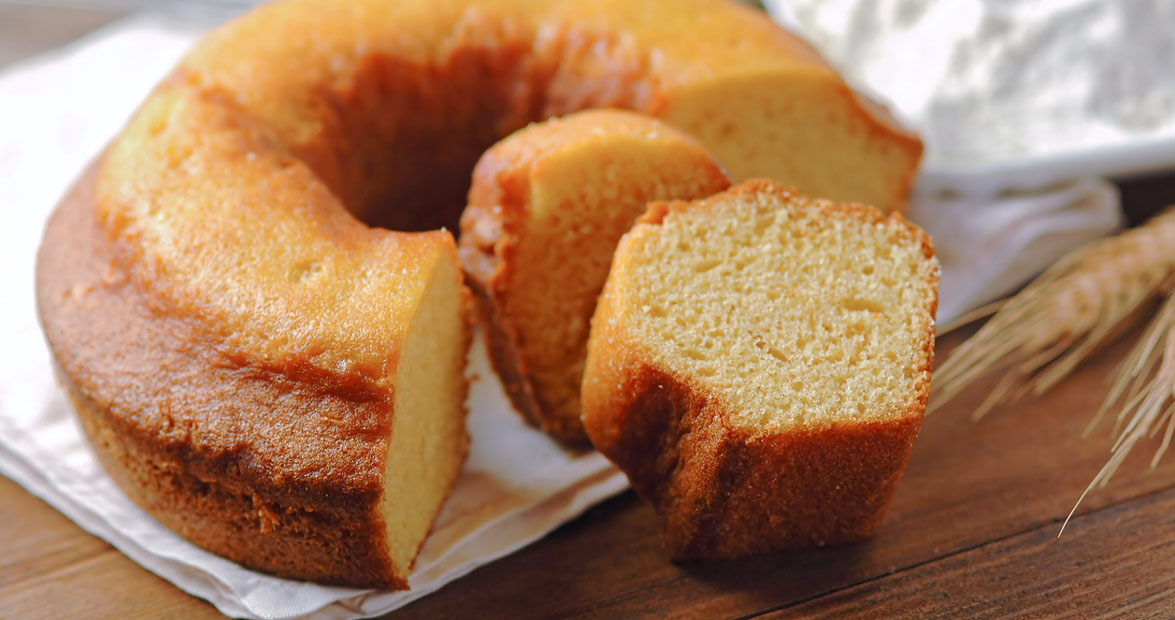 Pound cake, or True Pound Cake — what’s the difference? Just like the debate here in North Carolina over which barbecue is best, there is also much debate over pound cake. We’ve pretty much lost sight of what True Pound Cake is these days, but let’s look at where it began and work our way up.

True Pound Cake is a recipe that dates back to the 1700s. It gets the name of pound cake because of how it’s made: Originally, the recipe called for one pound each of flour, sugar, butter, and eggs. Whether or not it contains any type of flavoring will stir up debate just about as much as questioning whether cornbread does or doesn’t contain sugar. Can’t we be pleased with both?

Early cookbooks, like The Virginia Housewife (1838) and Seventy Five Receipts (1832), both call for the addition of ingredients like brandy, wine, rose water, nutmeg, mace, grated lemon peel, and/or cinnamon. And let’s not even get into the Indian Pound Cake recipe, also printed in the Seventy Five Receipts cookbook, that calls for using cornmeal and wheat flour instead of cake flour. So, which recipe actually produces the original, or true version of this golden, delicious, simple pound cake?

One thing that both of the above-mentioned cookbooks had in common was that the recipes called for powdered sugar. Was that the same as what we buy today? I don’t know. Another suggestion from more modern recipes says to use cake flour instead of just regular flour. So I set out to use both powdered sugar and cake flour in this recipe. And I’m going to show you how to make your own cake flour at home.

I set my heart to follow suggestions like baking the cake for two hours, starting in a cold oven. And to the critics that say flavorings aren’t allowed, I point you to our very own North Carolina State Fair: The fair has competition categories for both pound cake and True Pound Cake. Their True Pound Cake category (butter, flour, sugar, eggs) allows for the addition of “liquid flavorings, including vanilla and spices.”

So let the next debate begin. Is this recipe really a True Pound Cake, or is it just another plain cake that needs a new name? Meanwhile, I’ll place another scoop of ice cream on a slightly toasted slice of this very tasty pound cake that I was very pleased with. Ready to try it yourself?

Do not preheat the oven.

Sift the powdered sugar into a small mixing bowl.

In a large mixing bowl, beat the softened butter on high speed until light and fluffy, about 5 minutes. Gradually add powdered sugar to butter, beating continuously, until it’s well incorporated.

Add eggs, one at a time, beating briefly, but well, after each addition. Scrape down the sides of the bowl as needed.

Gradually add flour, beating briefly, but well, after each addition, until mixture is smooth. Add vanilla, and beat until just incorporated. Use a spatula to scrape down the sides of the bowl and fold together a time or two.

Grease and flour pan, making sure you don’t leave any lumps of flour in the corners.

Spoon the mixture evenly into the prepared pan. Level top gently with a spoon. Spread batter up the sides and center cone of the pan, pulling batter from the middle.

Place cake on middle rack in a cold oven. Bake at 275º for two hours, or until done. Test by inserting a wooden toothpick into center of cake. Cake is done when it comes out with just a few moist crumbs attached.

Remove pan from oven and let cool on a wire rack, for 30 minutes. Carefully flip pan over and remove cake. Let cake cool completely before slicing.