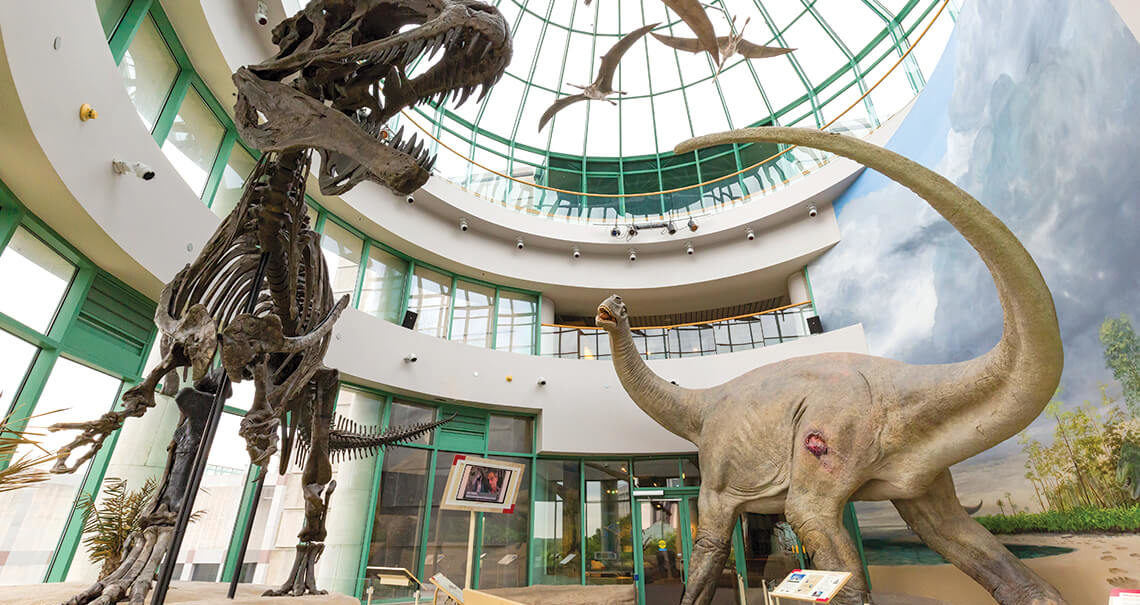 Get a downloadable checklist of museums here.

American Museum of the House Cat

This purrr-fect art museum is dedicated to all things feline, from paintings and figurines to vintage games and sculptures. It began as a way to support a no-kill, cage-free shelter for cats in need. 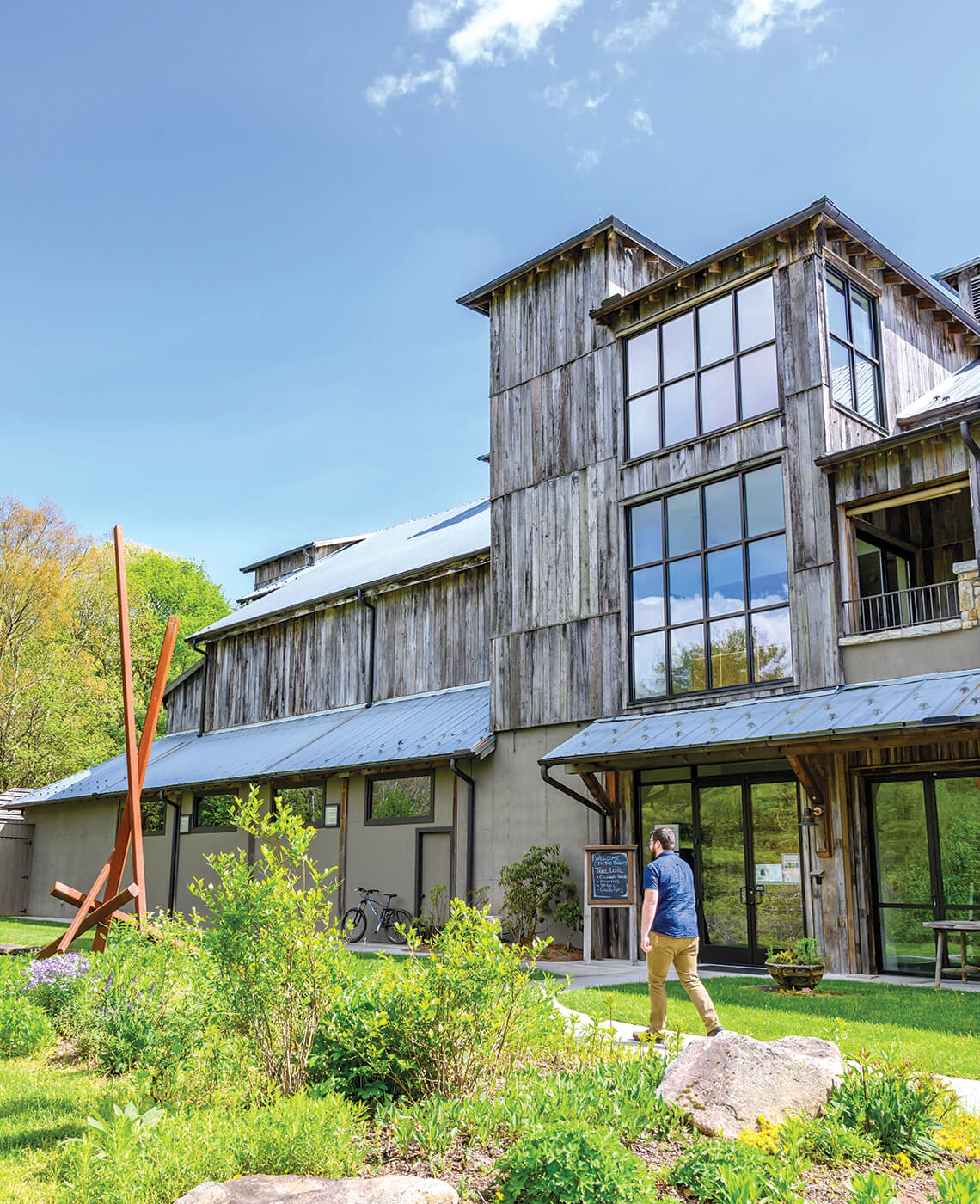 The Bascom in Highlands. photograph by Emily Chaplin

It’s hard to imagine that The Bascom was born some 37 years ago as a two-room exhibit space at the Hudson Library, a mile down Highlands’ Main Street from its current location. Today, the 11-year-old, six-acre visual arts campus comprises ceramics studios, nature trails, and a sprawling three-story main building that serves as a gallery and event space. The historic buildings’ weathered, rustic exteriors belie the beauty found inside, from ceramics (below) fired at the Dave Drake Studio Barn — a refitted riding stable from when the property was a horse farm — to rotating exhibits displayed in spaces as beautiful as the works hanging on their walls.

In an area known as the “Gem Capital of the World,” the Old Macon County Jail contains one of the largest collections of gems and minerals in the Southeast, with thousands of specimens on display. Don’t miss the locally mined ruby — it weighs more than two pounds!

Explore historic log buildings from the late 19th century, including an apple house, a smokehouse, a barn, and water turbine, plus nearby hiking trails in Great Smoky Mountains National Park.

Admire more than 350 vintage and rare cars and motorcycles at this automobile enthusiast’s wonderland. How rare, you ask? One motorbike, the Traub, has no known origin.

In 1893, 29 Waldensian settlers escaped persecution in Italy — where their church dates to the 12th century — and arrived in North Carolina to start a new life. They founded the town of Valdese, and this museum preserves the history of their settlement and church.

Dedicated to Mount Airy’s hometown hero, this museum — founded by Griffith’s childhood friend — is crammed with memorabilia, including Sheriff Taylor’s shirt and the gavel and small statue of an eagle that sat on his desk in The Andy Griffith Show.

Housed in the original Shell gas station where Carolina Freight Carriers Corporation was founded in the early 1930s, this museum is home to shiny red vintage trucks and fascinating memorabilia spanning more than 70 years. 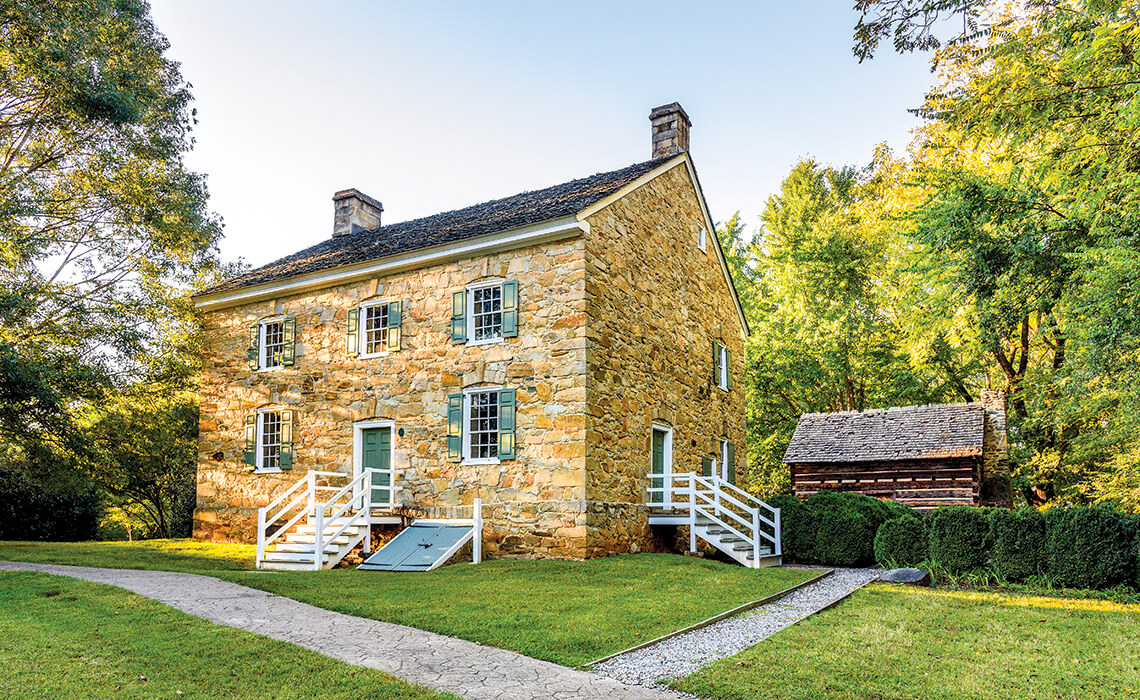 The Hezekiah Alexander Homesite is part of the Charlotte Museum of History. photograph by Jay Sinclair

Back in 1774, Hezekiah and Mary Alexander were probably pretty proud when the finishing touches were put on their family’s Rock House. The two-story Georgian-style house (above) was sturdy and stout — perfect for raising their 10 children on the family’s 600-acre estate along Sugar Creek. But there’s no way that the Alexanders could’ve imagined how long their home would endure. Today, furnished with period antiques from the region, the homesite — including the estate’s reconstructed kitchen and springhouse — is part of the Charlotte Museum of History. 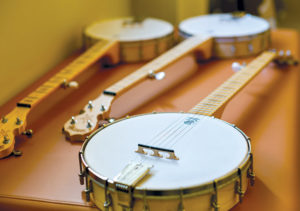 The Earl Scruggs Center in Shelby. photograph by Charles Harris

The sound of gavels has been replaced by the sound of bluegrass at this old courthouse turned museum. Inside, interactive exhibits tell the story of Cleveland County-born banjo pioneer Earl Scruggs — and of the music, history, and culture of the region.

What do you get when you combine a former thrift store’s 58-year collection and an ever-changing chain of artists? Elsewhere. While art has no rules, this museum has two: Nothing new comes in, and nothing old goes out.

After World War II, a housing short- age left many servicemen without a home to return to. In Kannapolis, the Cannon Mills Company had a solution: 100 prefabricated homes, all built in a single day, to house the veterans work- ing in the mill. This structure is the last example on its original foundation, and it features items of the era inside.

You’ll feel the need for speed at this museum, which houses a collection of NASCAR race suits, memorabilia, and winning cars — including Dale Earnhardt Jr.’s 2014 Daytona 500 Chevrolet. You can even buy sheet metal at the team store.

Thank a lineman! Dedicated to the history of the electrical utility industry, this museum features items dating back to the 1880s: climbing apparel, old tools, and vintage vehicles — including a 1918 Duke Energy car.

This unusual, late 19th-century Victorian house looks like it was pulled from the pages of Grimms’ Fairy Tales. Wind your way through the narrow halls and explore the home as visitors would have more than 100 years ago.

See dolls from around the world, rare wooden toys, tiny towns, and much more — including the largest collection of Shirley Temple dolls on display in the country.

At this pair of museums in downtown Raleigh, history and science come together along three city blocks to tell the story of North Carolina — from its prehistoric past to the people, plants, and animals that call this state home today. The Museum of Natural Sciences introduces as many as one million visitors annually to our state’s flora, fauna, and fossils, while the Museum of History, through interactive exhibits and artifacts, tells the rich and ever-changing story of its people.

Planes, trains, and automobiles: At the site once home to Southern Railway’s largest steam locomotive repair facility in the Southeast, you’ll find a full-size replica of the Wright Flyer, among other transportation treasures. 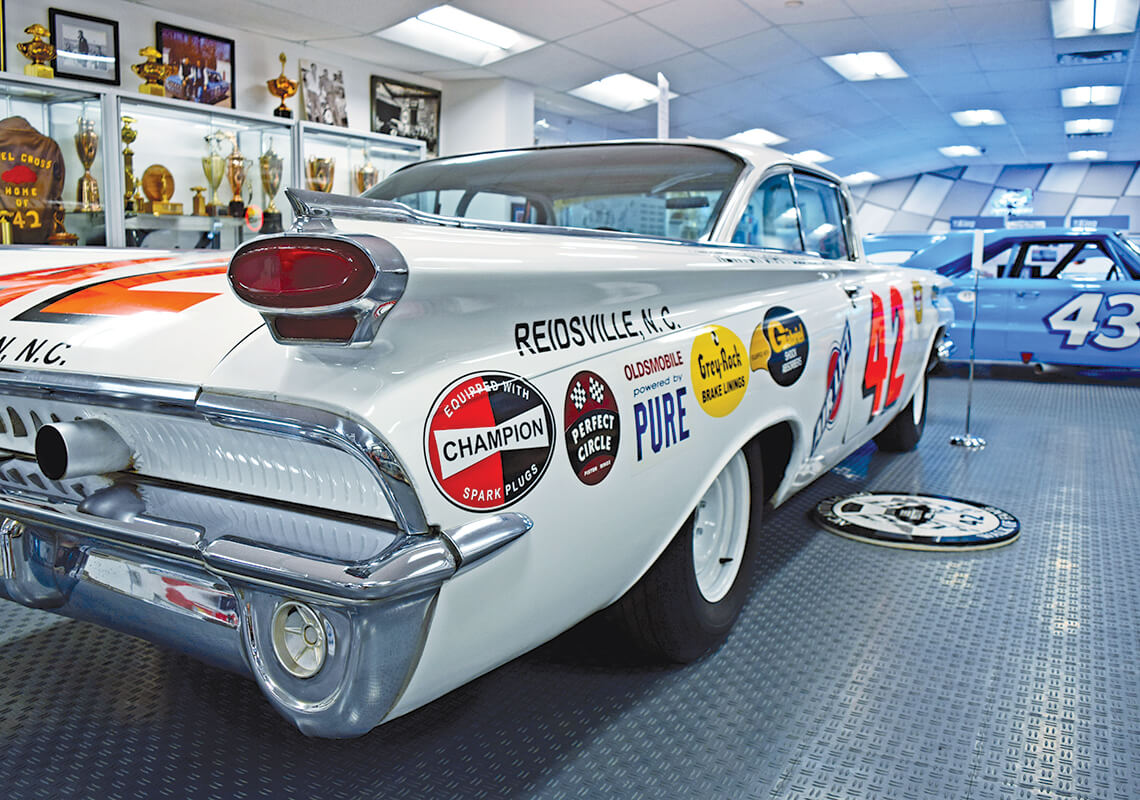 The Richard Petty Museum in Randleman. photograph by Anthony Krollins

Peek into a working car restoration shop, see vintage race cars, and learn about one of the founding families of stock car racing at this museum dedicated to the Petty legacy.

Standing proud and triumphant, rifle at the ready, Iron Mike — a 16-foot-tall statue of a U.S. paratrooper (below) — greets visitors to the U.S. Army Airborne and Special Operations Museum (ASOM) in Fayetteville. Inside the museum’s five-story open lobby, a 1940s-era soldier harnessed into a fully deployed round parachute celebrates the first members of the Army Airborne Parachute Test Platoon. Throughout ASOM, exhibits recount the battles that soldiers have been a part of — from World War II to Vietnam to the ongoing war on terrorism — as well as the sacrifices they have made and the dedication they continue to show. 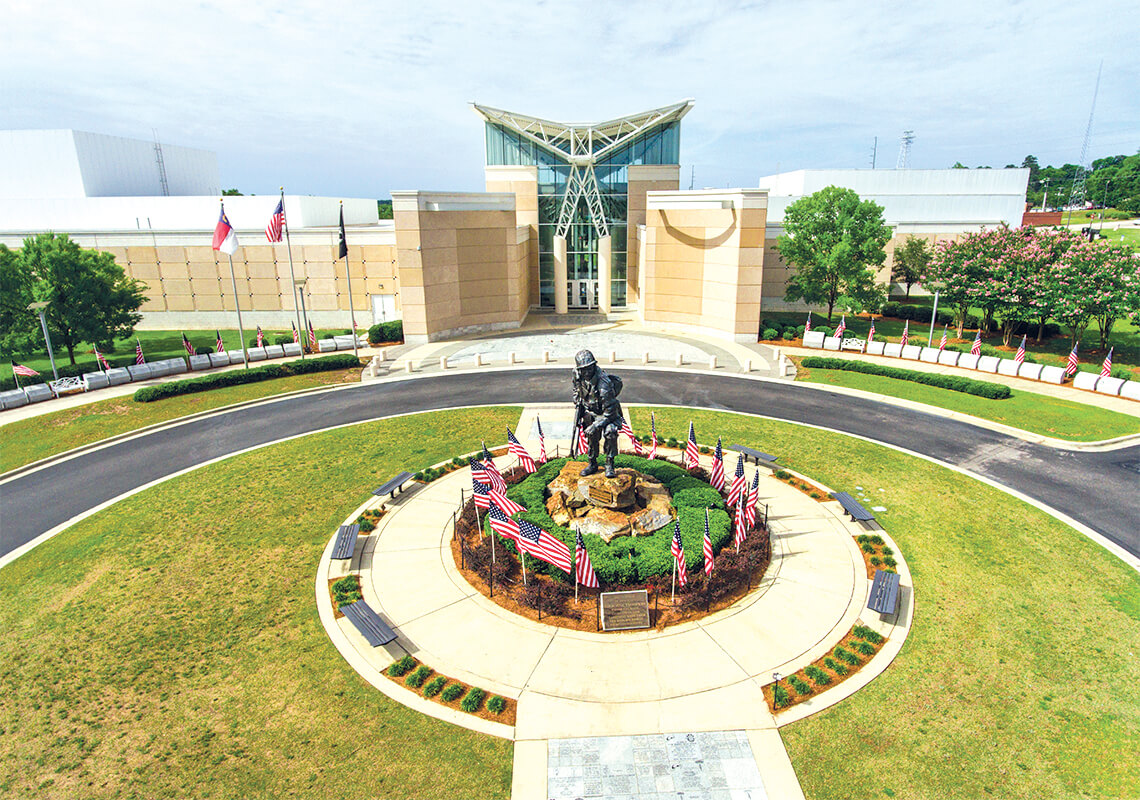 The statue of Iron Mike stands in front of the U.S. Army Airborne and Special Operations Museum (ASOM) in Fayetteville. photograph by Patrick Schneider 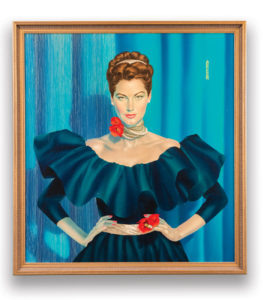 A portrait at the Ava Gardner Museum in Smithfield. photograph by Emily Chaplin

When the founder of this collection was just a 12-year-old boy in Wilson, he received a kiss on the cheek from Hollywood icon Ava Gardner, then a local college student — and he never forgot it. Today, this museum, located in Gardner’s hometown of Smithfield, contains personal and professional artifacts from her life, including costumes, photographs, jewelry, a Golden Globe nomination certificate, and much more.

This natural science museum may be small, but the megalodon teeth on display are anything but. Take a trip back in time to around 23 million years ago and see fossils, shark teeth, meteorites, and other prehistoric wonders. Sometimes, you can even sift through the on-site fossil pits in search of your own discoveries.
Don’t forget a shovel!

Here, you’ll find rooms full of American artifacts, treasures, and inventions — including a dog-powered washing machine! — as well as one of the largest phonograph collections in the world. 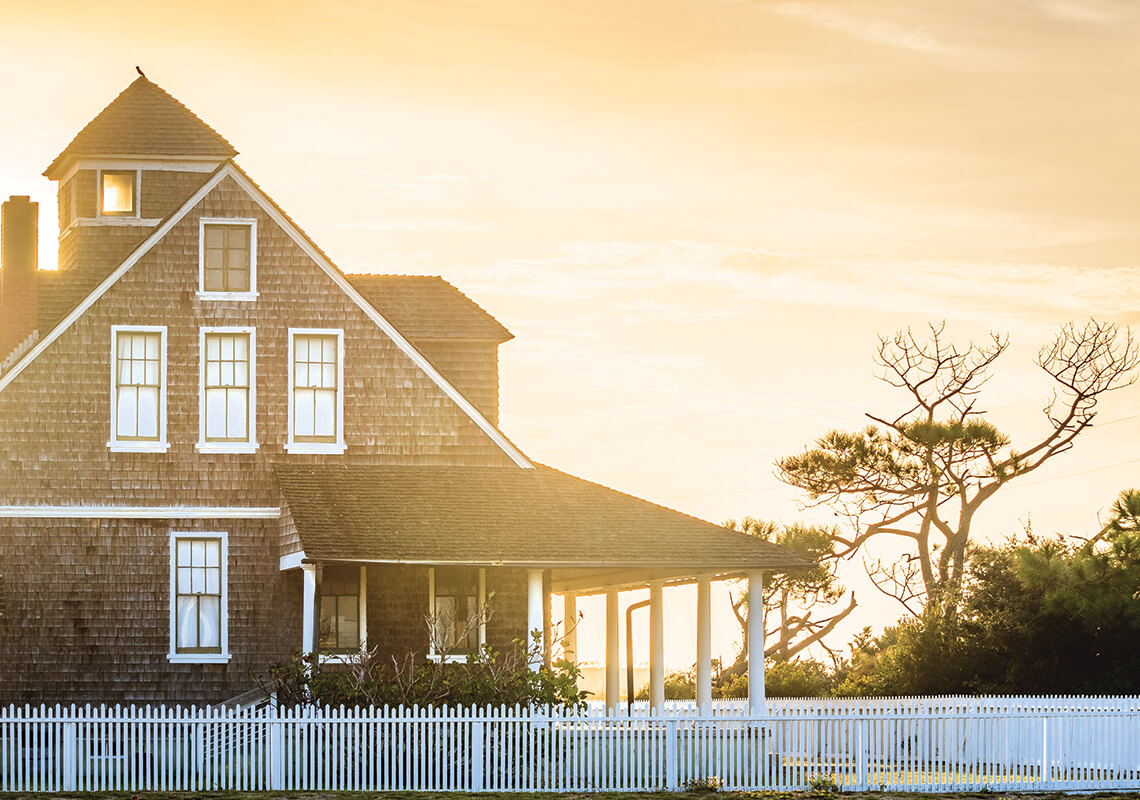 The Chicamacomico Life-Saving Station near Rodanthe. photograph by Dan Waters

Commissioned by the federal government in 1871, life-saving stations and their crews of surfmen became the blueprint for the modern U.S. Coast Guard. Chicamacomico was the first station built in North Carolina, and today, the on-site museum features original rescue surfboats and equipment.

This museum is dedicated to the history of health care in rural America and features medical artifacts from across the nation. Check out the old home remedies and medicine bottles — including an early 20th-century Vicks VapoRub jar (a North Carolina original). 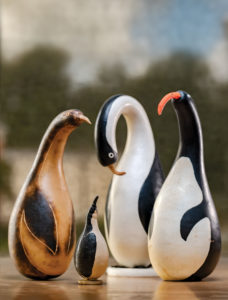 The Gourd Museum in Angier. photograph by Charles Harris

In the Angier Public Library, look beyond the books: You’ll discover hundreds of gourds from around the world in every configuration imaginable, from gourds painted like animals to gourds fashioned into lamps. The museum was founded in 1965, when a local couple had, well, too many gourds lying around their house.

Graveyard of the Atlantic Museum

Inside a building shaped like a ship, find remnants of the earliest known shipwrecks in our waters, which date to 1650.

See more than 300 flags from our nation’s history at the only museum with all 27 iterations of the American flag on display.

“Root, root, root for the home team” is taken to the next level at this museum dedicated to North Carolina baseball players. At the historic Fleming Stadium, visitors can find jerseys, pennants, Wheaties boxes, and baseball cards.

Just after World War II, the Navy found a home for Operation Bumblebee, a top-secret guided-missile testing program, on Topsail Island. At the historic Assembly Building, where missiles were assembled and fueled, you can learn about the once-classified project — plus pirates and more.

New Bern’s rich firefighting history began with a fierce rivalry: A New Bern firefighting company was organized in 1845 by members who went on to serve in the Confederate Army. Then, in 1865, a new company was founded by Union soldiers. In the early 1900s, residents would gather at fires to see which company would arrive first. The story lives on in the old firehouse.

See more than 600 tartan samples, learn about the development of the kilt, and take a deep dive into Scottish history in North Carolina.