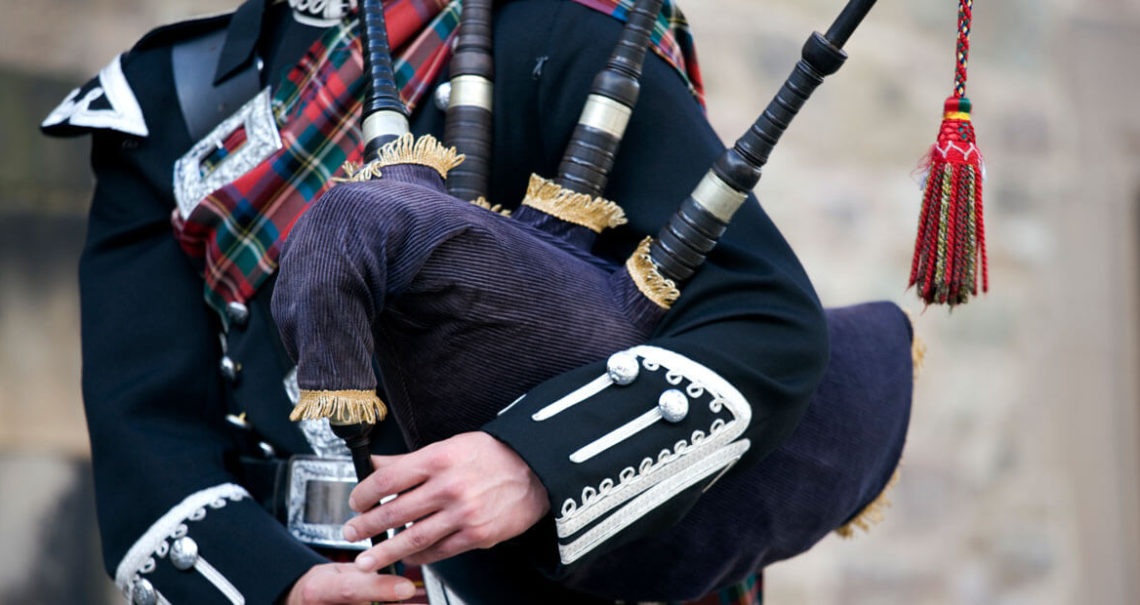 Standing tall, his feet planted in a wide V, 63-year-old Scott Medlin takes a deep breath. The Scottish bagpipe music fades away as he laces his fingers together and focuses on the task at hand. He bends down, scoops up the 20-foot-tall tree trunk caber that was just placed in front of him, and — the 105-pound pole barely grazing his shoulder — steps forward with confidence before thrusting it up and out into the open field before him. “You can’t let it drop. But if you’re not afraid, you’re OK,” Medlin says. “You want to throw it at what’s called a ‘12 o’clock,’ so the top hits the ground directly in front of you, and it flips end over end, perfectly straight.”

The president of North America’s Maitland Clan, Medlin is also the director of athletics for Laurinburg’s annual Scotland County Highland Games, where traditional Scottish events like the caber toss test the strength of representatives from 50 families.

“It’s the closest thing to going to Scotland without buying a plane ticket,” says Bill Caudill, who first organized the event 12 years ago. “In the 1790s, the Highland Games started out as trade fairs for immigrants just outside Laurinburg at a place called Laurel Hill. So this is really a revival of events that date back to the 1300s in Scotland.”

Laurinburg’s annual Highland Games, held the first Saturday in October, may be the city’s biggest tourist attraction — “all our hotels are completely filled with competitors who come from all over the country and even Canada,” Caudill says — but it’s not the only draw for history buffs and culture-seekers. Read on for five reasons to plan a day trip to this oak-shaded town tucked in the North Carolina sandhills.

Trace your roots at the Scottish Heritage Center

Home of the radio archive for “The Thistle and Shamrock” National Public Radio program, the Scottish Heritage Center at St. Andrews University was created in 1989 to preserve Scottish heritage. “My background is history and folklore, and I’ve always been interested in the Scottish-American connections in this region,” says Caudill, the center’s director. “We were the largest Highland Scots settlement well into the 19th century. There was a great exodus of immigrants from Scotland who had been cleared by their landlords, who were removing people to make room for the more profitable sheep.”

According to Caudill, the Scottish Heritage Center is a clearing house for “all things Scottish” — visitors can even sign up for piping, drumming, and Highland dance lessons. And as archivist for the center’s collection of rare materials related to Scottish-American history, genealogy, traditions, and culture, Caudill welcomes the challenge when visitors stop by to trace their Scottish connections and links.

Just a 15-minute drive from Laurinburg, the 35 acres of fertile land that makes up Cypress Bend Vineyards was originally discovered by the Scottish Reverend Daniel White and his wife Catherine Campbell White in 1807. Bordered by the Lumber River, it’s the perfect spot for a muscadine vineyard. At least, that’s what Dan Smith — White’s fourth-generation descendent — and his wife, Tina, thought when they decided to open Cypress Bend Vineyards in 2005.

Today, the Smiths produce 14 different muscadine wines, and guests can try them all in their cozy tasting room or stone veranda. If you’re spending a weekend in Laurinburg, plan to visit the vineyard on Jazzy Friday, when live music, a food truck, and romantic backdrop make sipping all the sweeter. 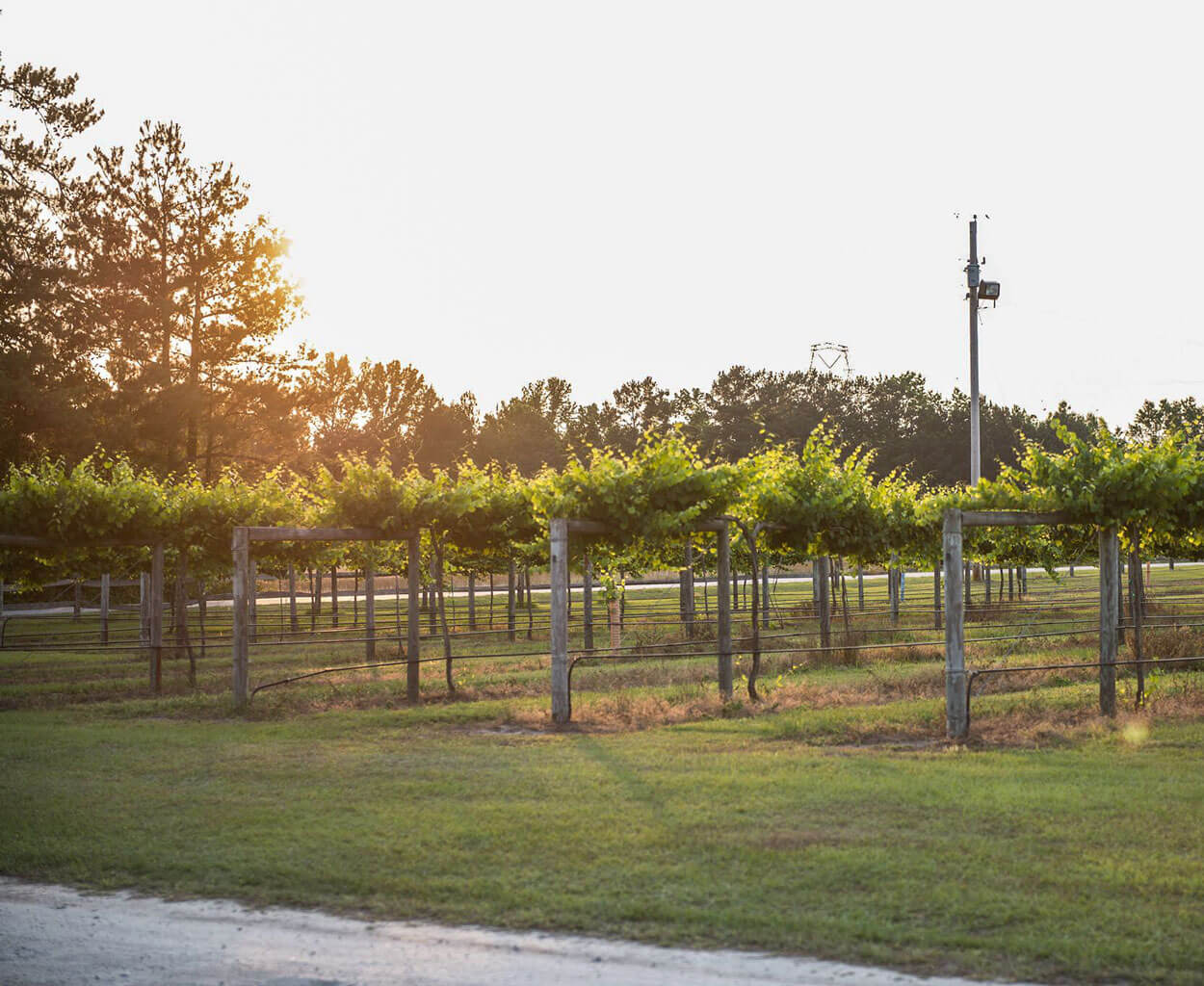 Held annually on the second Saturday in October, this festival with live music and handmade ice cream gives revelers a glimpse into 19th century farm life. On the grounds of the North Carolina Rural Heritage Center, visitors can tour the 1895 John Blue House and explore the ground’s other structures — log cabins, a mule-powered cotton gin, and restored country store — all before catching a train or hay ride.

“John Blue is really representative of what these immigrants’ and their families made of themselves after just two centuries of being here,” explains Caudill. “His house shows some affluence, but about 21 yards away on the grounds, you can visit an immigrant cabin that’s typical of an immigrant cabin you’d find carved out of a little piece of land.”

Evidence of three Native American village types — Carolina bays, Indian mounds, and fishing villages — once prevalent along the sandhills is now on display at the Indian Museum of the Carolinas. An original canoe carved from a single log of longleaf pine; fish weirs, or traps made out of stone; and arrowheads all harken back to lives sustained through farming, fishing, and hunting.

Visiting this museum at the Rural Heritage Center, guests can view 40 exhibits tracking the lives of these Native Americans since their earliest settlements in and around the Laurinburg region. 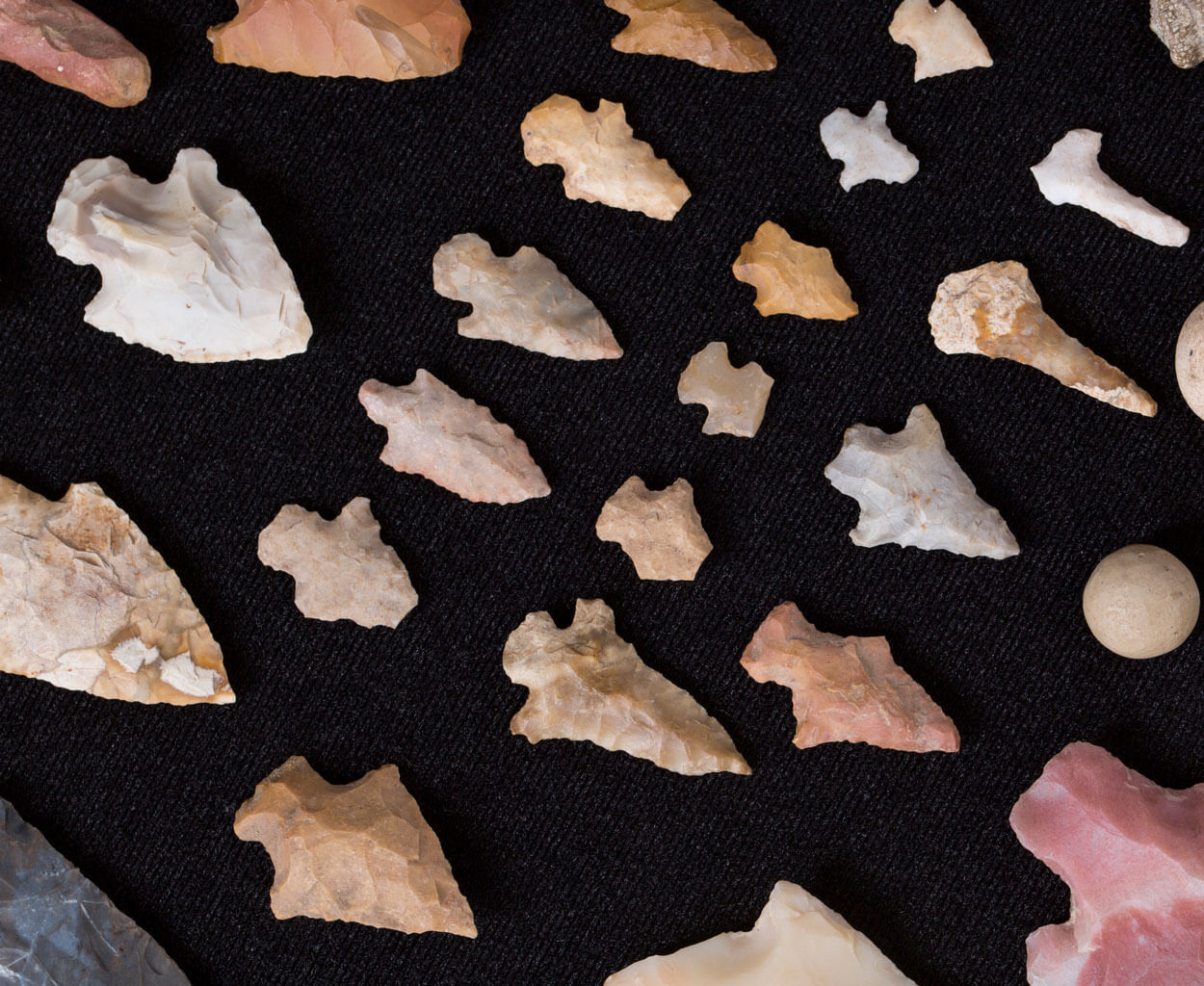 Browse Indian artifacts, like the arrowheads above, at Indian Museum of the Carolinas.

On the corner of Church and Main, the Laurinburg’s Art Garden is quirky, fun, and colorful — the ideal welcome to a downtown that celebrates diversity. Start your morning browsing sculptures made by UNC Pembroke students. Then wander down Main Street, past historic brick buildings, stopping to check out an eclectic collection of businesses ranging from gift shops to clothing stores. “Our downtown just feels like home,” says Development Coordinator Daniel Walters. “The business owners are always approachable, and they make it fun just to walk around and explore.”

While you’re moseying, scope out the lunch options. Jesse’s has great subs, Jin Jin is known for their Chinese food, and Fore’s Family Restaurant on Main is a great stop for Southern favorites. For a full listing of downtown shops, visit downtown-laurinburg.com.