Jan Karon’s “Mitford” series and the desire for a sense of community brought Kym Brown to North Carolina. She left her fast-paced life as a school psychologist in Baltimore and opted for a slower Southern pace in Hendersonville, where she opened her tearoom in 2016. A Southern Cup Fine Teas hosts traditional English afternoon tea with a down-home spin. In a 100-year-old former feed supply store nicknamed “The Cottage,” Brown fills teapots with blends like Red High Heels and Chocolate, a chocolate-ginger rooibos, and In the Garden with the Earl, a rose and lavender-infused Earl Grey. “Nobody’s rushed when they come,” Brown says. She gives guests time to celebrate special occasions or simply catch up while they munch on buttermilk scones and her famous egg sandwiches with bacon and chipotle mayo. Regulars have even gifted Brown their heirloom tea sets; they find comfort in knowing that their cups and saucers are being used and loved instead of collecting dust. Brown hopes that the tea she serves entices others to follow in her footsteps — to “be patient and take time.”
— Claire Ruch 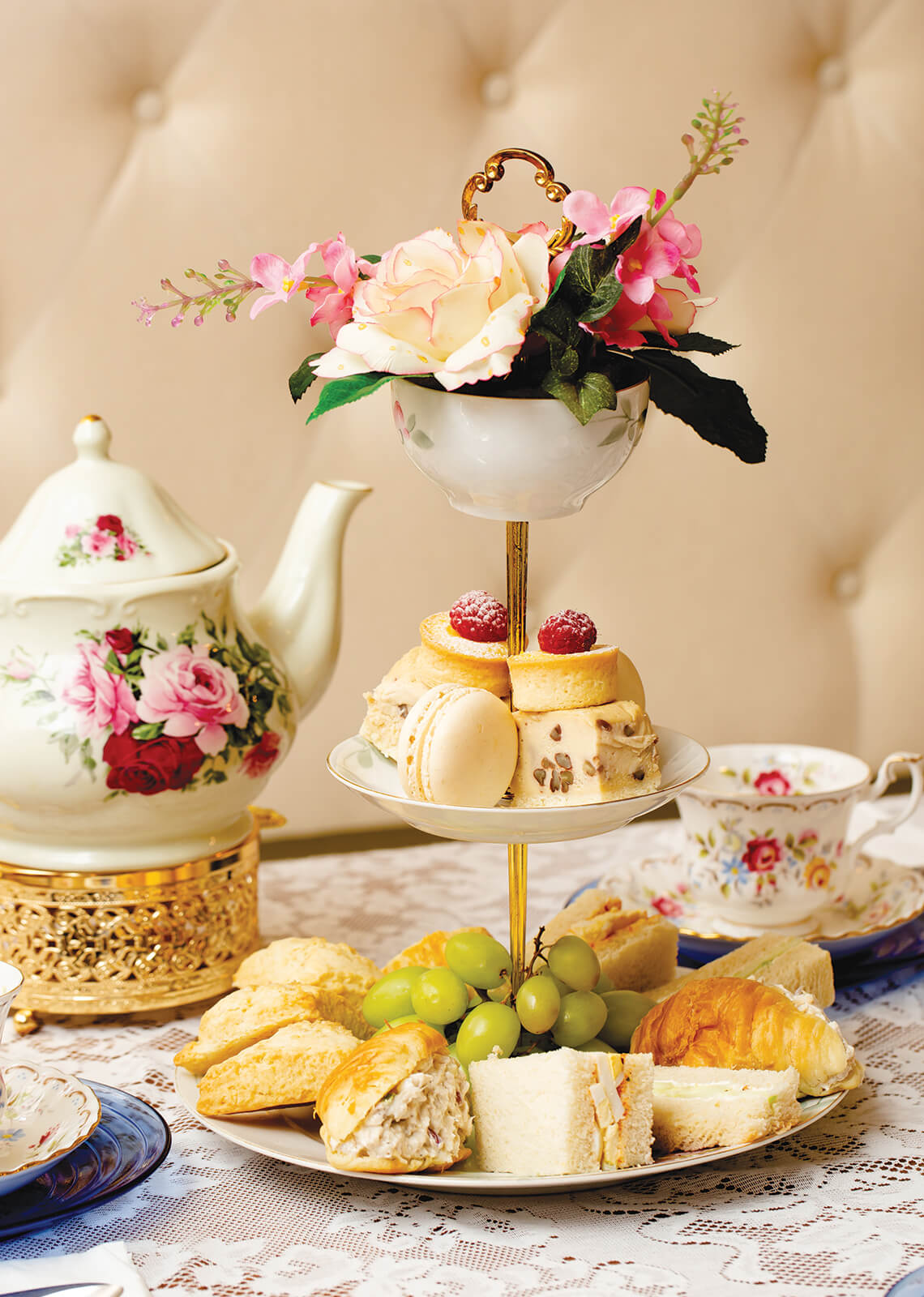 During afternoon tea at A Southern Cup (below), scones, tea sandwiches, and sweets from nearby bakery Gâteaux are served alongside any of the shop’s 70 teas. photograph by Tim Robison 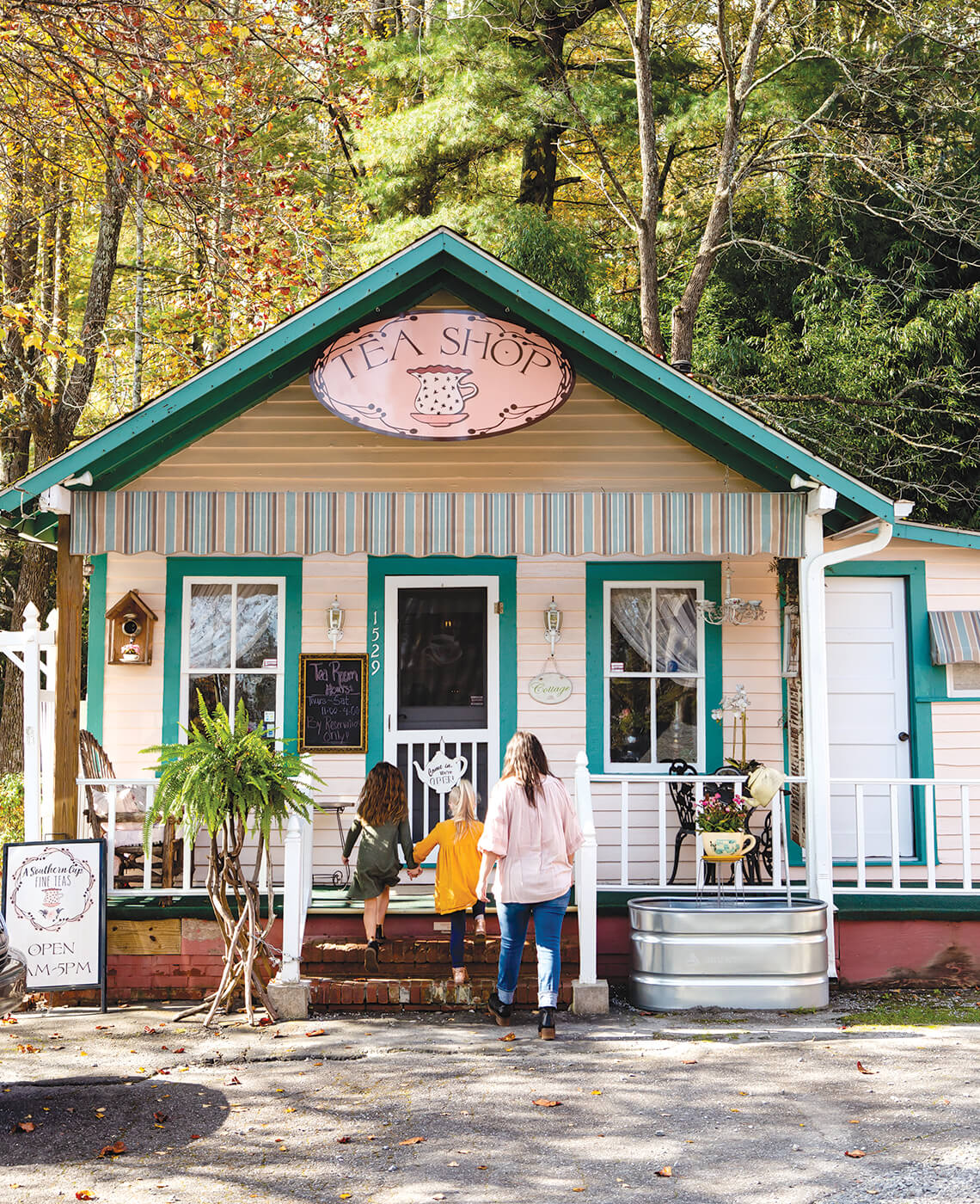 Mary Murkin sometimes smells tobacco wafting through the air inside Brightside Gallery. She says that it comes from Emory, the spirit of a man who once lived on the property of the two-story Victorian home turned art gallery and tea shop. Emory was known to smoke a pipe while admiring his apple orchard — the inspiration for Murkin’s popular flavor Emory’s Apple Spice. Murkin, a self-taught tea expert and Asheboro resident of more than 25 years, says that she read “books, books, and more books” when she set out to learn about one of the world’s oldest beverages. In 2014, she opened Carriage House Tea, which she fondly calls her “tea library.” When Murkin isn’t brewing cups of papaya-strawberry green tea or blueberry black tea and coaching guests on how long to let their blends steep, she gives tea lectures to curious locals, offering “gourmet libations with a touch of education.” — C.R. 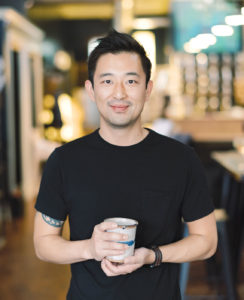 Josh Choi’s tea cocktails began on a whim: While throwing small birthday parties for friends after hours at Winterbloom Tea, he would add liquor to the leftover “Tea of the Day.” Now, Choi has perfected his cocktail recipes using classic mixology and trial and error. With options ranging from the raspberry-apple Euphoria tea blend to a green tea, honey, lime, and gin cocktail called the Goldfinch, Winterbloom offers drinks that are good for the body and the spirit. “The beauty of tea is that there are so many different variations that could change infinitely,” Choi says. “You can have a different tea every single day, depending on what you want to put in there.” 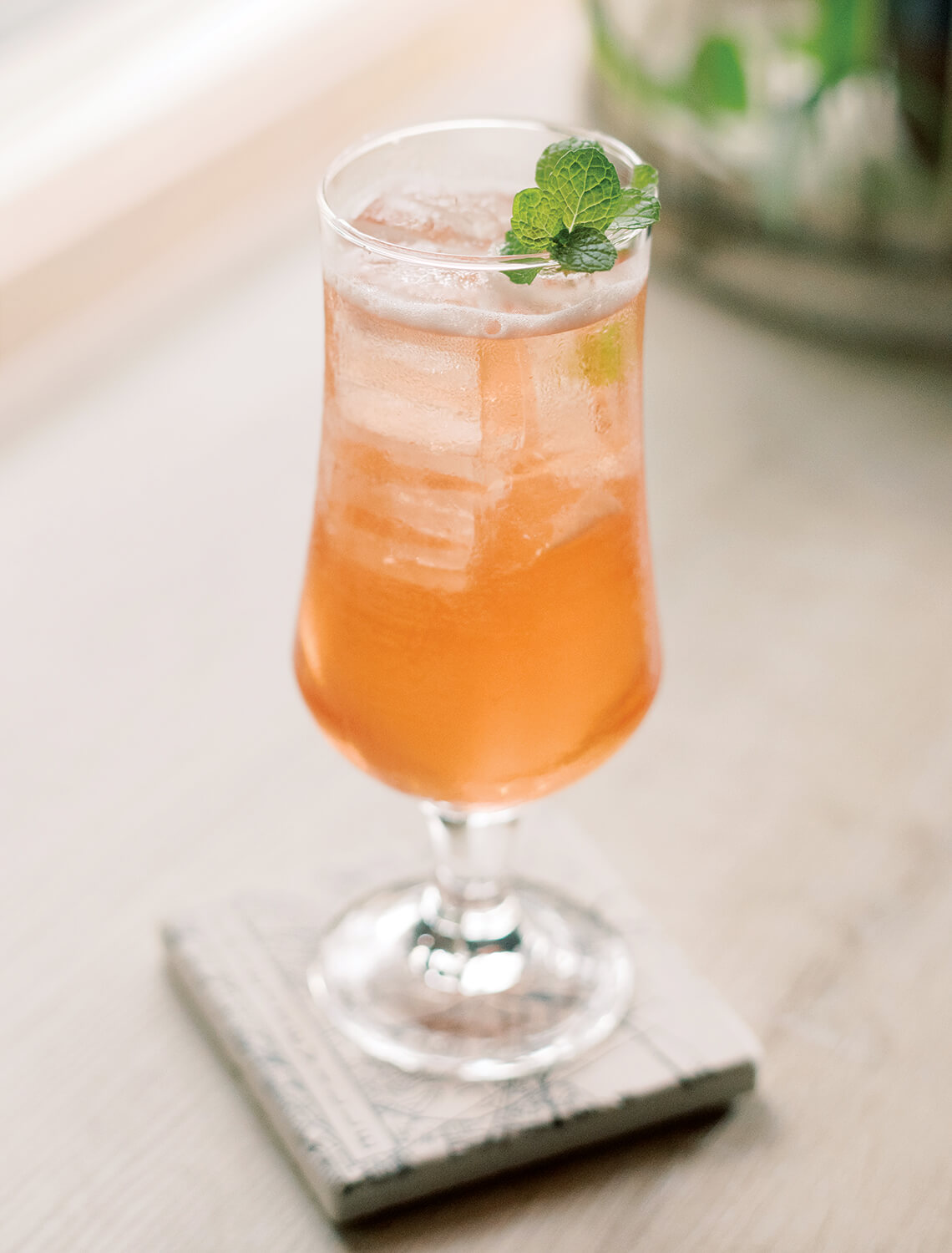 Customers enjoy Josh Choi’s wide range of teas and tea cocktails — like the Eden (above), made with lemongrass tea, rose hips, and cucumber-mint vodka — on sofas beneath local art for sale. photograph by Faith Teasley

At Calabash Garden Tea Room, Kathy Cody makes every scone by hand. She inherited a love of food from her Armenian mother, Rose, who took the same care baking paklava each Christmas. In her home state of New Jersey, Cody enjoyed a successful catering career, but she eventually found herself lured by the golf courses and warmer weather down South. In 2007, a few years after she moved to Calabash, Cody opened her Victorian-style teahouse filled with vintage linens, antique dishware, and quirky fascinators. Teapots brim with blends like Hot Cinnamon Spice and green ginger peach. On three-tiered trays, she serves treats like apricot-pecan ribbon sandwiches tied with delicate satin bows, and pumpkin-butterscotch scones with cinnamon apple curd and mock Devonshire cream. Cody has hosted birthday parties for both a 2-year-old and a 100-year-old. She made a special plaque for loyal customers Judy and Jinny, who come every month to have tea at Table 2. Cody tears up pointing at the mementos around the room from fellow tea lovers — a neighbor’s needlepoint, a friend’s painting, a grandmother’s tea cart. “This place has transformed my life,” she says. “My guests are like family.” — C.R. 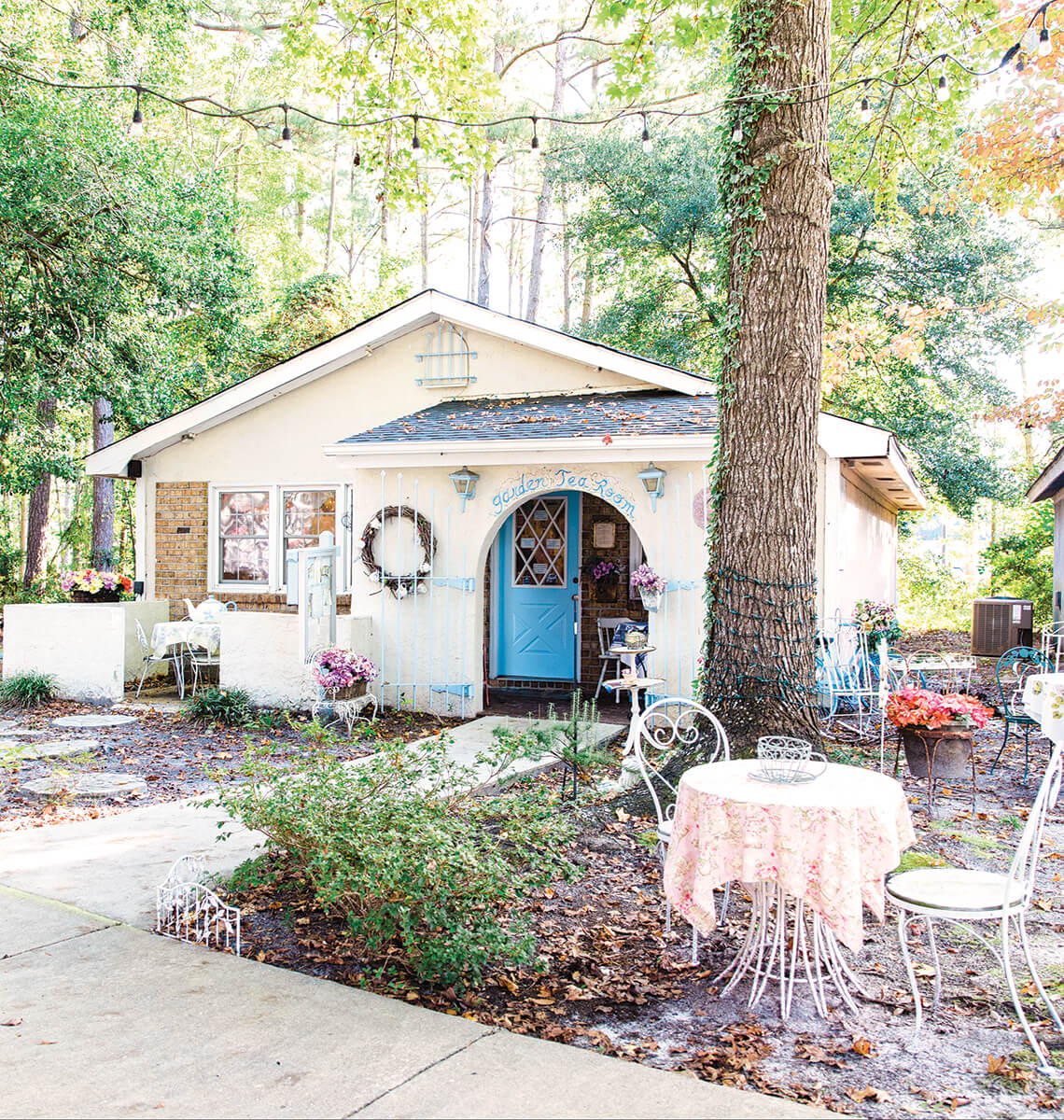 Moonraker Tea Shop blends the celestial and the nautical, serving 350 tea flavors in a cottage on Ocracoke Island. Owner Maria Holt named the shop for the highest sail on a vessel’s mast to capture the “otherworldly” experience of drinking her tea. “I’m a potion master,” she says. Since opening Moonraker in July 2018, the Pittsburgh native, who’s vacationed on the island for decades, has introduced residents of her second home to the more whimsical side of brewing tea. Blackbeard’s Blend, a slightly smoky, fruity black tea with flavors of fig and blackberry, features sprinkles shaped like anchors and gold doubloons. Since recovering from flooding during Hurricane Dorian in 2019, Holt has learned to cherish the joy of a cup of tea. “There’s just something about tea that brings people together and makes everybody happy,” she says. “The world needs a teatime right now.” — C.R.