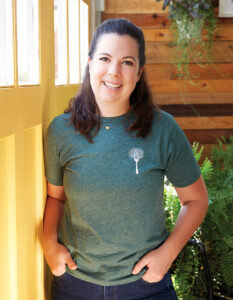 Angelina Burbey’s hands are full. As she crosses from Chez Genèse’s kitchen into its sunny dining room, she balances a wooden paddle holding an open-faced smoked salmon sandwich and a toasted rosemary biscuit spread with herbed goat cheese and piled with roasted chicken. She places the entrées at a table of four and heads back for the lemon-ricotta pancakes and the heirloom tomato tart. In the office, an oversize poster spells out 10 “Steps of Service.” No. 3: “Don’t be a hero!”

“That’s a reminder to do what you can do well, and don’t try to take on too much,” explains Kathryn Hubert, who owns the downtown Greensboro café known for two things: flawless French cuisine and a commitment to hiring adults with intellectual and developmental disabilities. “Just because you can carry 12 glasses at a time doesn’t mean you should.”

Having grown up with three cousins on the spectrum, Hubert understands the language of autism. As her cousins have gotten older, she’s seen the challenges they’ve faced trying to get work after finishing school — “the injustice of not even being given the opportunity to apply for a job or interview.”

“People tell them they’re not capable.” Hubert shows them that they are.

It’s an injustice that Hubert figured out how to tackle through her second passion, French cuisine. Those two worlds came together after she spent a year cooking for a conference retreat center in France. She returned home to Greensboro to earn a degree in hospitality and tourism management from the University of North Carolina at Greensboro, while also working with the Autism Society of North Carolina as a behavioral support assistant.

Since opening Chez Genèse in 2018, Hubert has employed adults like her cousins who are hungry for a fresh start. “They’ve had a lot of people in their lives tell them they’re not capable of something or they’re not smart or they’re weird,” she says.

Hubert shows them that they are capable. She tells them that she’s willing to give them the skills they need, that she believes in them. “When Angelina first came in to interview and the first several times she came to training, she was so timid,” Hubert remembers. “Now, if you watch her walk up the sidewalk, as soon as she sees our building, she breaks out in this huge smile.”

From the beginning, the desire to perpetuate that feeling of belonging has been central to Hubert’s plans for Chez Genèse — for her patrons as well as her employees. “A lot of times when people think of French food, they have an idea of it being kind of snooty and pretentious, or they think they won’t recognize anything on the menu,” Hubert says.

She insists that true French food isn’t about the fancy names. Instead, it’s about the quality of ingredients and the care that goes into making each dish. “When I was in France, I found that they prioritized quality and spent a lot of time on the preparation,” she says. “If you’ve spent four hours making a meal, you don’t want it to be over in 15 minutes. You want to enjoy the experience.” 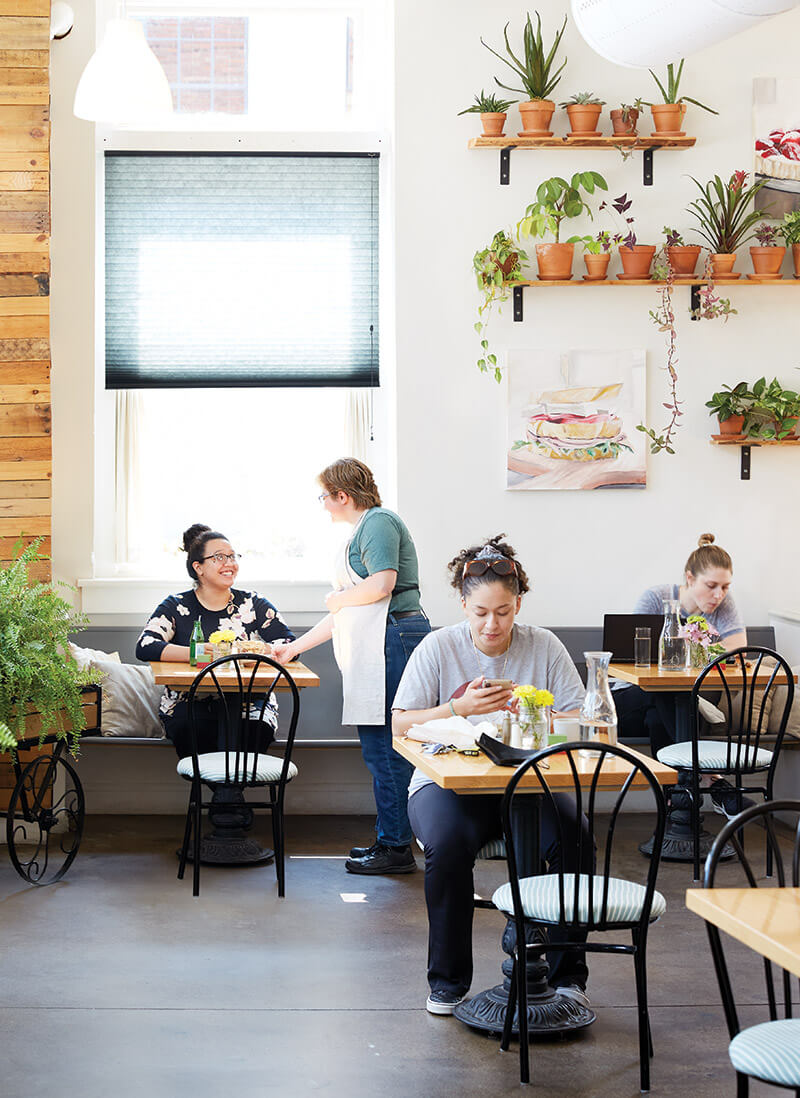 Since Chez Genèse opened in 2018, Angelina Burbey has been greeting customers with a smile and serving dishes. photograph by Stacey Van Berkel

Today, warmed by sunlight streaming in through the historic building’s ceiling-high windows, diners often spend hours lost in conversation at Chez Genèse. The clean white decor punctuated with plants reflects Hubert’s mission to be “the place of new beginnings.”

“There’s thought and time and intention that have gone into planning every little detail to create that overall feeling of community and connectedness,” Hubert says. “I want everyone to feel that this is a place where, no matter who you are, there is an opportunity for a fresh start.”