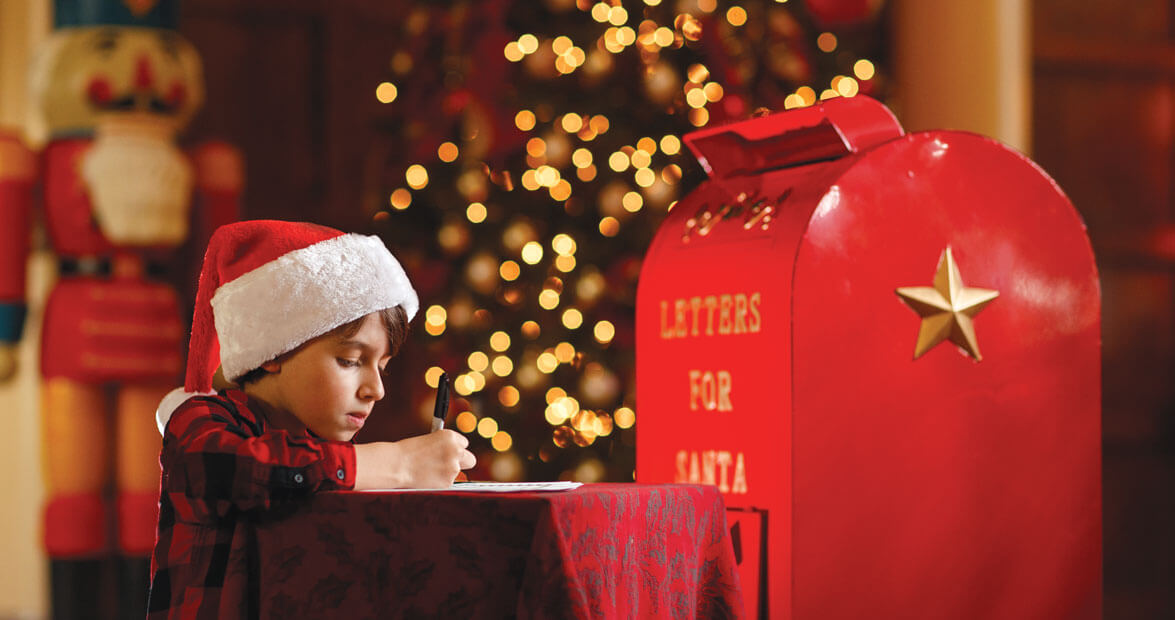 Gloria Hager was a teenager when she got her first job at a dress shop in downtown Statesville. The experience helped her develop a passion for both retail and the historic neighborhood, where she later went on to open GG’s Art, Frames and Gifts. Today, her own store — which she opened 50 years ago — sits across the street from the former dress shop.

Downtown Statesville, with its historic streetscape, public art, and ever-increasing number of shops, restaurants, and breweries, is bustling all year, but Hager says that the area is at its best during the holidays. “We’ve had people say that it feels like a scene in a Hallmark movie,” she says. During the annual Shop & Stroll event, carolers wander the streets singing holiday favorites. (They always stop at GG’s to sing “Angels We Have Heard on High,” with its refrains of “Gloria in excelsis Deo.”) Horse-drawn carriages glide past historic homes lit up for Christmas and store windows decked out for the season. Hager hopes that when shoppers come to Statesville — especially at this time of year — they get the same feeling that she did when she worked at the dress shop decades ago. 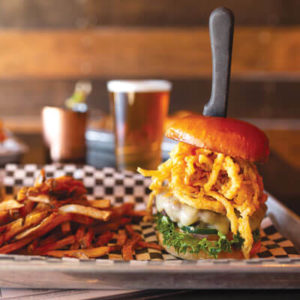 Broad Street Burger. Although the menu features a selection of specialty burgers like The Firecracker, Hager says that the biggest draw to the downtown eatery is its “build your own burger” option: Fixings include sweet-heat jam, pimento cheese, and fried jalapeños.

Twisted Oak American Bar & Grill. Casual Southern fare like pimento-cheese dip and shrimp and grits draws crowds. The restaurant also hosts events such as live music and theater productions, and Twisted Oak is the natural choice for a pre- or post-performance bite.

Fourth Creek Brewing Company. When Jonathan Nobinger started pulling pints in 2018, he made history for opening the first brewery in Statesville since Prohibition. Fourth Creek uses local ingredients whenever possible: The Perkalicious nitro coffee porter is made with beans roasted a block away at Sky Mountain Coffee.

Red Buffalo Brewing Company. After a decade of home-brewing, Joe Bondi decided to go all in and start a brewery. Red Buffalo opened in 2018 and has earned a following for its Red Ale, Mouthy Blonde, and Holt Up Jalapeño blonde ale. 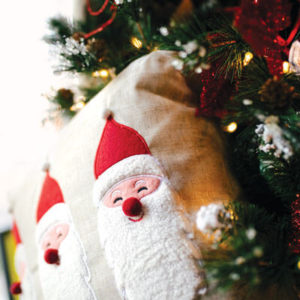 GG’s Art, Frames and Gifts. Hager hopes that her boutique is a happy place to shop year-round, but, she adds, “Christmas is super special.” GG’s transforms into a winter wonderland full of holiday decor sold alongside original artwork, handmade North Carolina pottery and jewelry, and gourmet foods. 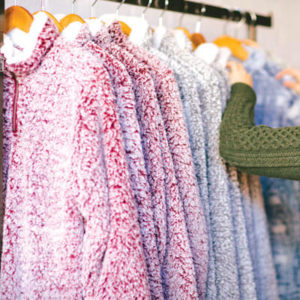 Indigo Boutique. North Carolina native Margaret Rabon wanted to share her love of fashion with shoppers in downtown Statesville. Her boutique is filled with the latest clothing trends and fun accessories. 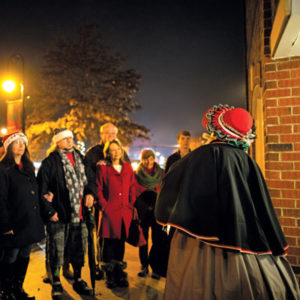 A Christmas Carol Walking Tour. Theatre Statesville performs this roaming play at multiple locations around downtown. A guide leads the audience from one “stage” to the next for each scene. “It’s quite something to see the actors walking downtown in their costumes,” Hager says. 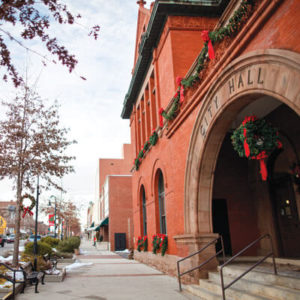 City Hall. Completed in 1892, this building served as a federal courthouse and post office before becoming City Hall. In 2012, the building underwent an extensive restoration. Now, Hager says, “It looks just like it did when I was a child.”

Iredell Museums. When they were growing up, Hager’s children loved the living history programs at Iredell Museums: The Gregory Creek Homestead features a collection of historic cabins from Iredell and Alexander counties. The museum also houses local artifacts and hands-on science and history exhibits.

The Clichy Inn. Listed on the National Register of Historic Places, this stately home was built for Charles H. Turner, a local inventor and manufacturer of tractors and farm equipment. “My dad worked for Turner Machinery,” Hager says. The six-guest-room inn, which includes a carriage house, is within walking distance of downtown shops and restaurants.