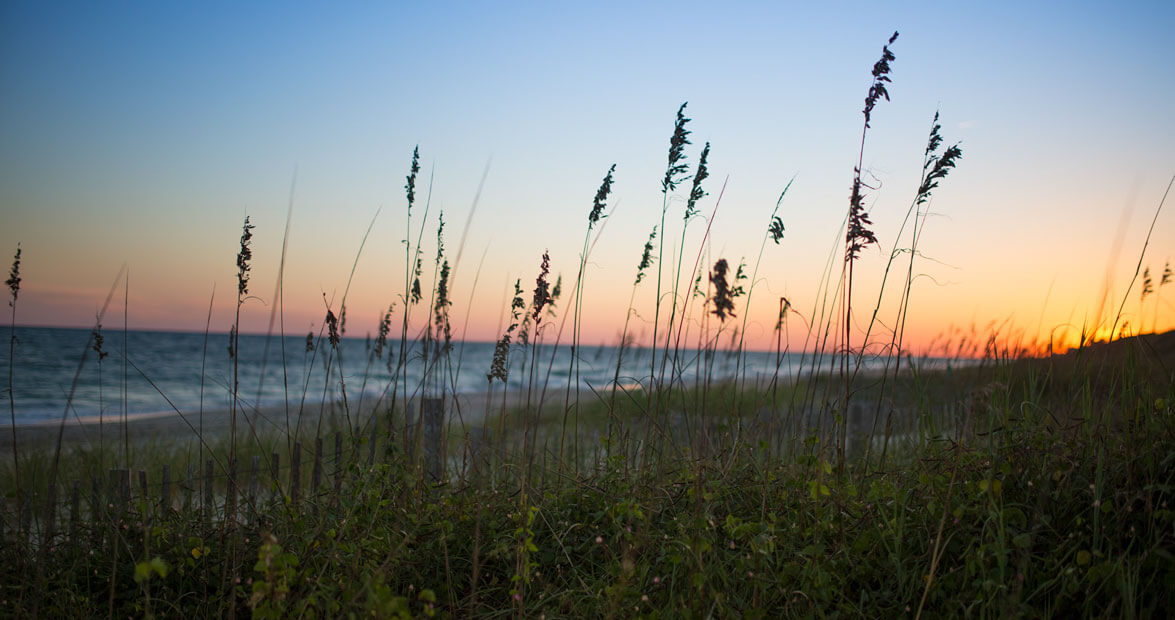 Other admirers call you the “Crystal Coast.” But our relationship transcends nicknames. To me, you’ve always been The Beach. My beach.

It’s not like I don’t know that there are other beaches out there. I see them with their fancy golf courses and their bustling outlet malls. I know about their harbors filled with sailboats and their trendy boardwalks. I’ll admit that I sometimes spend a day with them, but it never feels right. These are the beaches you visit from time to time, not the beaches you have a lifelong love affair with.

Because when you and I are together, it’s not about what we’re doing — it’s about how you make me feel in the moments when we’re doing nothing.

My parents first introduced me to Emerald Isle when my feet barely left footprints in the sand. We’d drive down from Goldsboro on a Saturday, set out our salt-corroded, trifold lawn chairs, and sit with our toes in the sand until we got hot enough to go swimming or bored enough to wander down the beach — to the Point in one direction or Bogue Inlet Pier in the other. Then, it was back to the lounges to dig through our cooler for peanut butter sandwiches and ice-cold cans of pineapple juice. 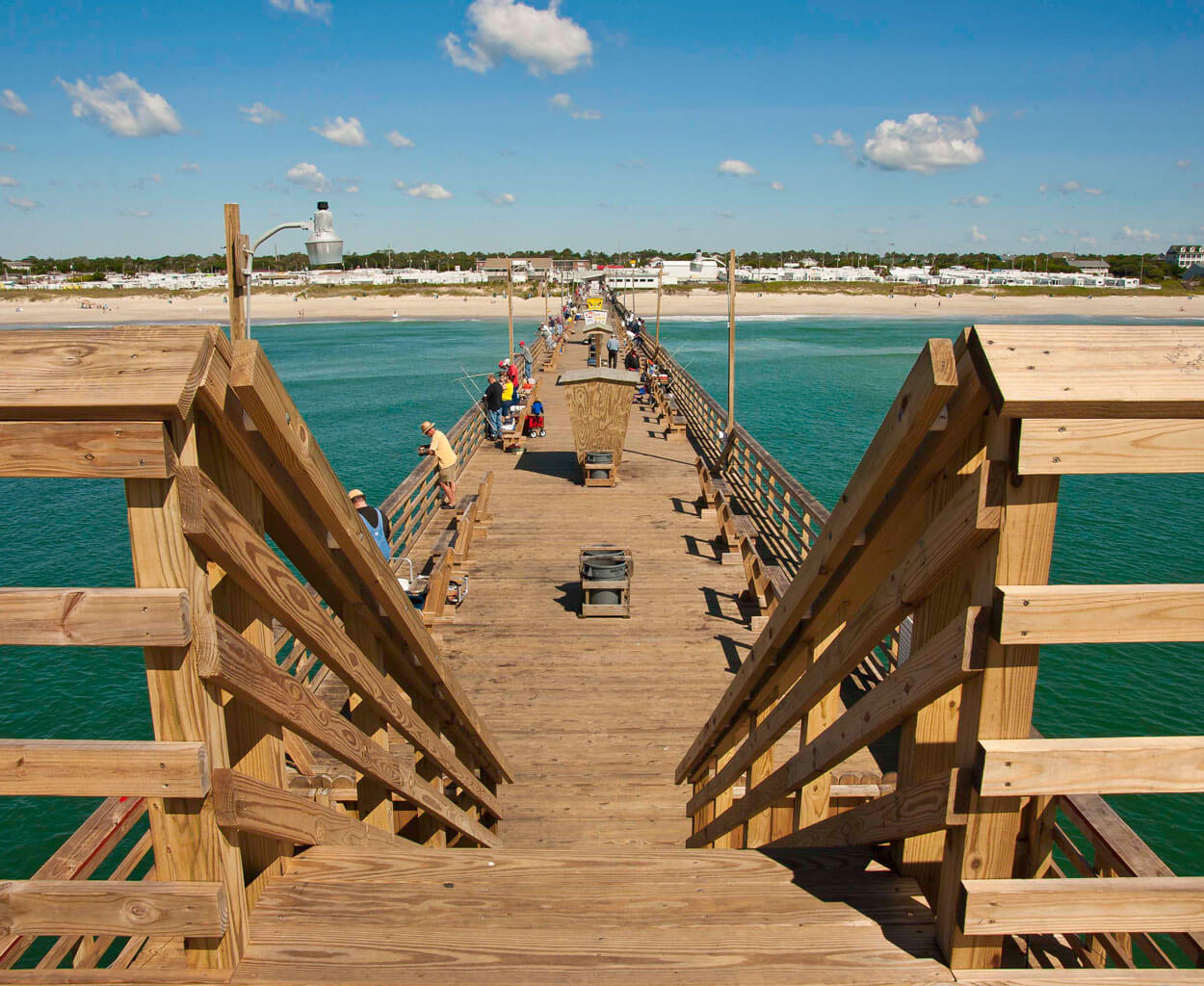 Cast a line or simply sit a spell on Bogue Inlet Pier. photograph by The Crystal Coast

In those moments, you gave me the gift of time and permission to dawdle.

A day spent with toes in the sand isn’t a day wasted. These are the days when castles ascend from mud; when whole sand dollars and Scotch bonnets emerge from a swath of broken shells between the high and low tide lines; when my dad showed me how to glide through the biggest waves to our own calm lagoon; when my mother sat still, hypnotized by an ocean bigger than all of her responsibilities. 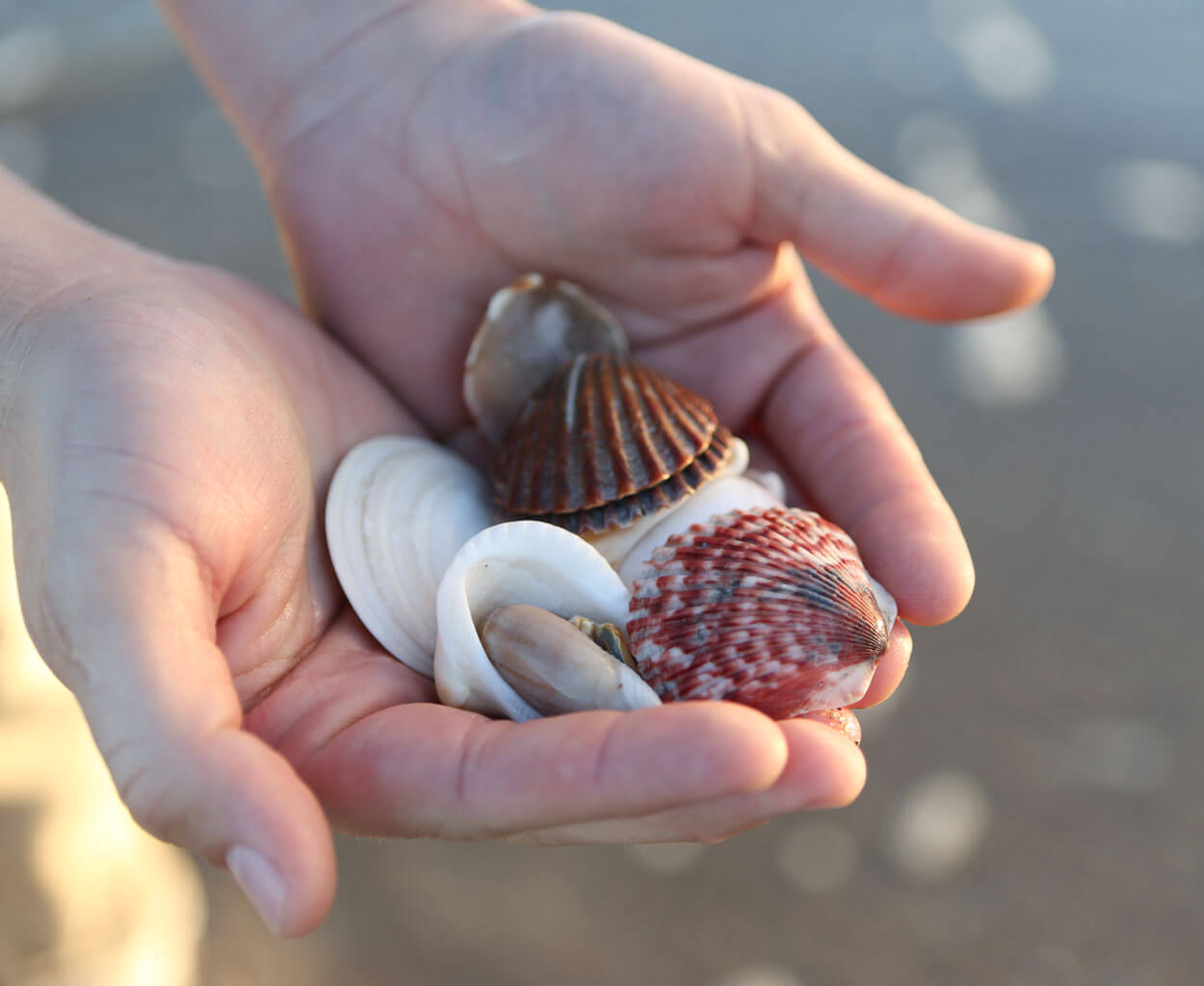 Between low and high tides, collecting shells is a must along the coast. photograph by The Crystal Coast

Later, my parents bought a little cottage, half a block back from the beach. We went every weekend we could. An only child, I spent hours playing in the maritime woods behind the house. I walked down to the Food Lion. I blew my allowance on CDs from the music store and matinees at the Emerald Plantation movie theater. I sketched pictures. I read books on the beach. There was no rush.

When my friends and I got our driver’s licenses, we escaped to the Crystal Coast. Where else would we go? All eight of us could pile into the hammock at Garth’s family’s Indian Beach house, giggling and gossiping with the ocean pounding the shore just beyond the gazebo. So what if it was March and the water was freezing? We could still jump in! We were invincible when time stopped for a breathless minute. We had all the time in the world.

You taught me to say yes to the scenic route.

Today, I’m not one to linger. The whole idea of “moseying” makes me antsy — I have a 4-year-old and a 6-year-old, and we’ve got stuff to do. The last thing anybody needs is more time in the car.

But there is one exception: taking the longer drive from Emerald Isle to Beaufort, bookends of the Crystal Coast.

Two paths lead from Point A to Point B. To take the first, go back over the big bridge and drive down the mainland, where there’s no stop-and-go beach traffic. The second route cuts straight down the island. All things being equal, the mainland drive is about 10 minutes faster. 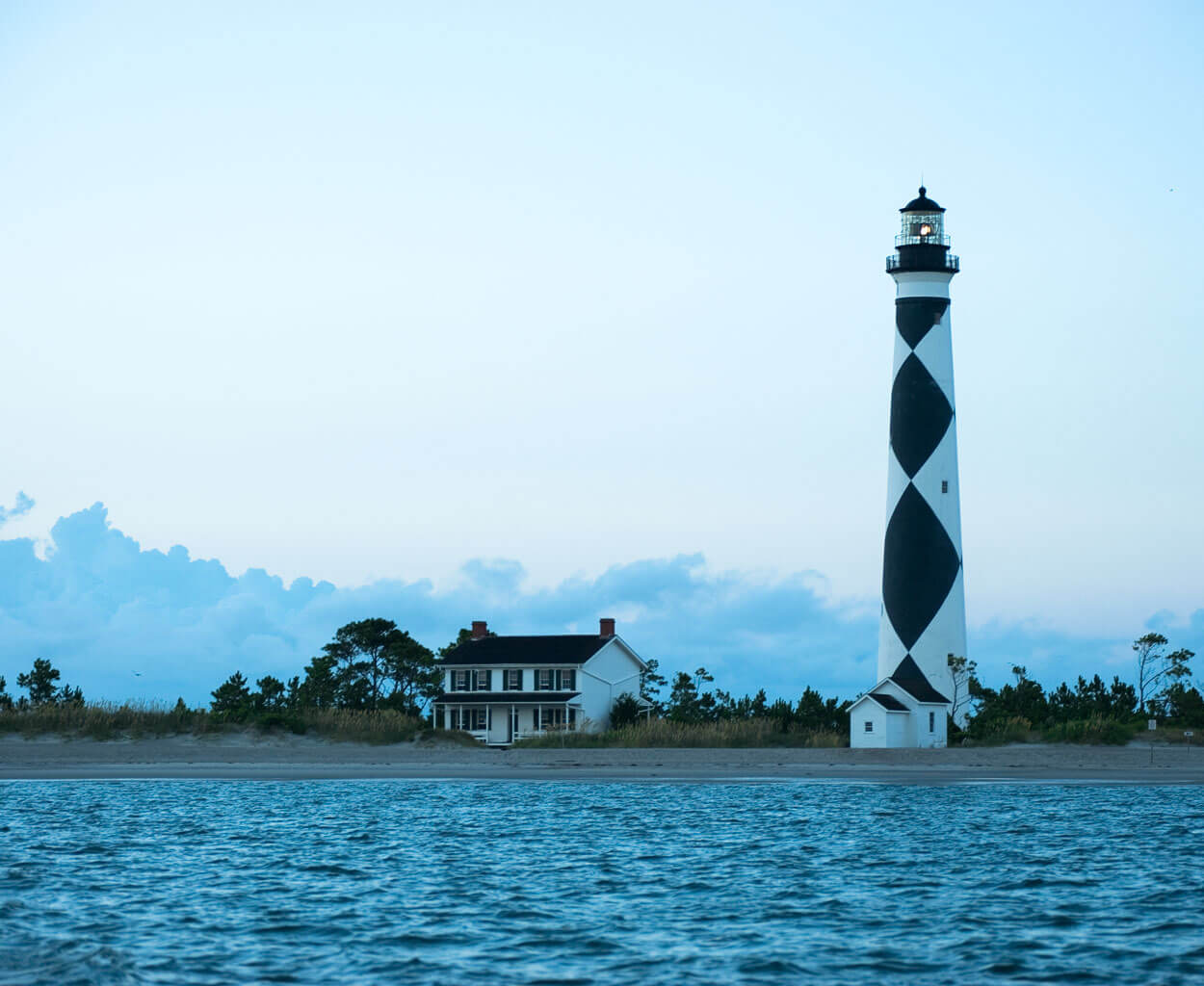 The Cape Lookout Lighthouse is a North Carolina icon. photograph by The Crystal Coast

Doesn’t matter. Whether I’m alone, with my husband, with my friends, or with my whole family, I pick the island route every time. It’s my all-time favorite drive. Maybe that’s because I like the anticipation of pan-seared shrimp and scallops at Beaufort Grocery, an intimate bistro tucked a block from the waterfront. Or the extra time to daydream about a stroll along Beaufort’s Front Street, lined with boutiques on one side and Taylor’s Creek on the other. Or a few more minutes to imagine my children’s faces when I surprise them with ice cream at the General Store or show them the new pirate exhibit at the Maritime Museum.

You showed me that the most memorable days aren’t planned.

It’s not just the anticipation of our destination that makes this drive my favorite — it’s the possibilities for adventure along the way. Maybe we’ll stop at Emerald Isle’s new playground in the field beside the public boat ramp at mile marker 16.

Then comes the village of Salter Path and its hodgepodge of businesses and restaurants, tossed up like driftwood onto the sand — Sue Bouys’ homemade pies, The Path Art Gallery (“Look Back!” the sign says), Homer’s Seafood, Frost Seafood. It’s easy to imagine the Crystal Coast’s first residents making their homes and their lives here, selling that day’s bounty of flounder and mullet to the fish house markets.

Drive just a little farther. At the Big Oak Drive-In, we could pull in and order a shrimpburger — famous for its steamed bun dripping with tartar sauce and slaw; hot, crispy shrimp; and ketchup.

Crossing into Pine Knoll Shores, the island widens, and I see it through the eyes of its earliest settlers: Gnarly, wind-clipped live oaks rise from a bed of bright green grass on either side of the road, barely a house in sight.

There’s the North Carolina Aquarium, a world-class facility almost hidden amidst the marshland. If we stop here, we could touch a sea turtle or a horseshoe crab; check out the “Living Shipwreck” habitat, complete with a replica of the U-352 German submarine; wander down the Alice Hoffman Nature Trail to the tree house platform and swinging bridge.

Or skip all of that, wave as we pass by, and go straight to Atlantic Beach, the Crystal Coast’s oldest community, now intersected by a busy four-way stop. A left turn will take us into Morehead City and over to Beaufort.

“We’re close to Fort Macon!” my son realizes from the back seat. “Go straight! Go straight!” He remembers the last time we took this detour en route to Beaufort — that was the day he and his sister raced through the restored Civil War-era bunkers, delighted by the dark passageways. That was the day they scurried to the top of a cannon to fight off Blackbeard and his men. “Yes, let’s stop!” my daughter chimes in. “Can we? Can we?”

When I’m here, with you, the answer has always been yes.