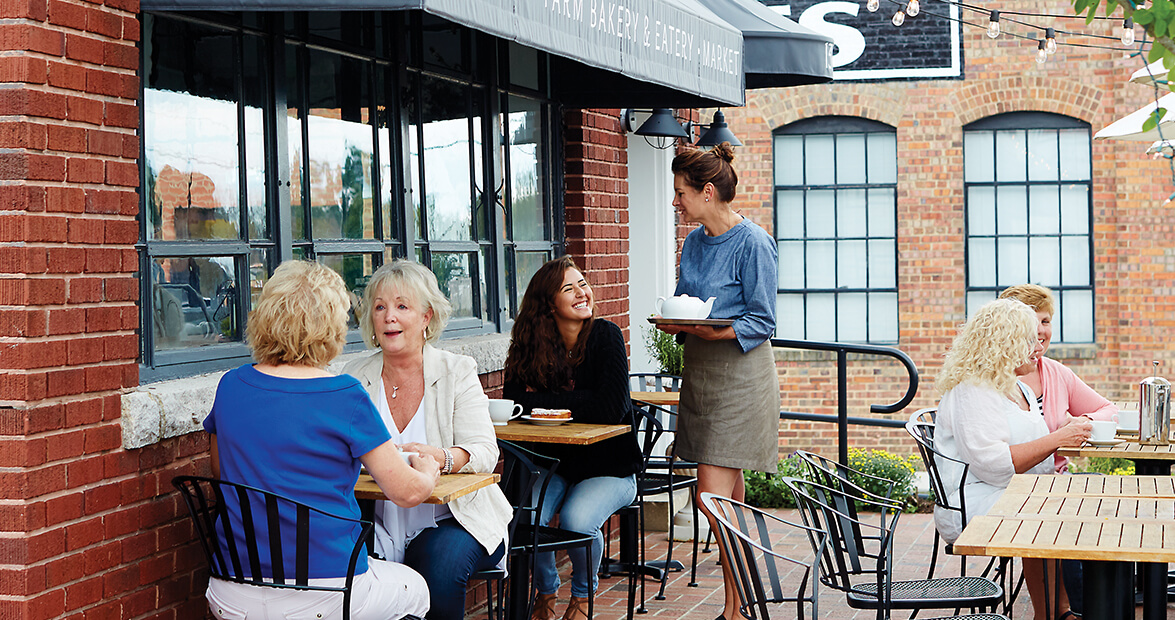 Owner and Sophia native Dustie Gregson hadn’t so much as waitressed before she bought the building that once served as the office for the Cranford Hosiery Mill. She started fulfilling a dream that reflected a childhood spent ’round a table that was the base for everything from breakfast to homework to holiday dinners. The result is The Table, located in the 1925 downtown building, with its all-white interior, feeling like it might be attached to a dairy.

With its fresh eggs and bread baked in-house, The Table brings farm-to-table full circle with its breakfast, lunch, and pastry offerings. From savory omelets to BLTs, the restaurant offers unadulterated classics prepared from scratch. “We’re not trying to be the hustle and bustle place with the five-page menu,” says chef Deanna Clement. “We’re trying to do what the community desires and do it the best we can, and do it well.”

The Table doesn’t have any booths. Instead, you’ll find bench-style seats constructed from old church pews, creating a space where all kinds gather and feel comfortable to do so. If you look up, a five-tiered “chandelier,” made of 240 French milk bottles, is mounted on a white tin ceiling that Gregson and her father painted on scaffolding, like Michelangelo in the Sistine Chapel. (Gregson cried the afternoon the lowered ceiling collapsed due to a leaking roof, and kept crying, with joy, when she realized the collapse had revealed the original pressed tin.) Her sister, a commercial artist, painted the large images of a fork, spoon, and sheep.

Don’t look for a booth, though. “People like to be secluded,” a contractor warned Gregson. She disagreed. You will, too. It’s a joy to sip coffee, eat a house-made pastry, or devour the aforementioned sammie in this square, lively, sunlit, and window-walled space. “I watch people sit down with someone else they don’t know, and by the end of the lunch, they get to know another couple,” says Gregson, who witnesses this spontaneous camaraderie daily.