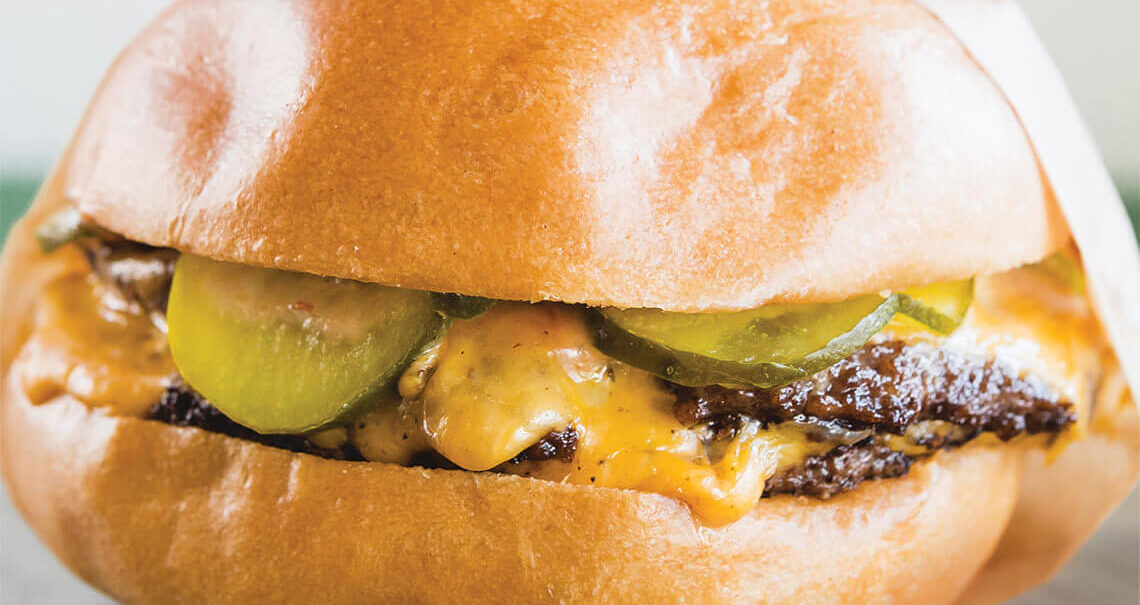 Paul Manley doesn’t mind sharing the research strategy that went into creating ACE No. 3. “We did something very scientific,” he says of his latest restaurant venture with Andrew Chapman and Dennis Thompson. “We stood out in front of the restaurant for about an hour one day and asked passersby what they wished was here.”

Turns out, the residents of Charlotte’s Belmont neighborhood, a former mill village northeast of downtown, overwhelmingly wanted burgers or pizza. And since there was a pizza-by-the-slice place in nearby NoDa, Manley and his partners opted to focus on the American staple.

Instead of thick burgers with more toppings than a frozen yogurt shop, the trio decided to keep things simple. Customers can order the signature ACE Burger — two thin patties, American cheese, onions, pickles, and comeback sauce — or build their own. Judging by the number of people shuffling out the door with brown bags of burgers in their arms, the “less is more” approach was the right call.

Chapman and Manley, who met in the 1990s while working as managers at a restaurant in Colorado, had long pondered a burger concept. After opening two seafood restaurants in the Queen City — Sea Level NC and The Waterman Fish Bar — they decided to bring their vision of a small, counterservice burger joint to life in late 2019. Manley was already renting the modest brick building on the corner of Belmont Avenue and Harrill Street, which had been renovated for a vegetarian concept that later went out of business. With a kitchen in place, creating an interior with clean lines, cognac-colored stools, and green accents was easy. Constructing a small menu that echoed the space’s simplicity proved more challenging. “We realized quickly that everything had to have very high intention,” Manley says. “If you were going to have just a burger on the menu, it had to be fantastic every time.” 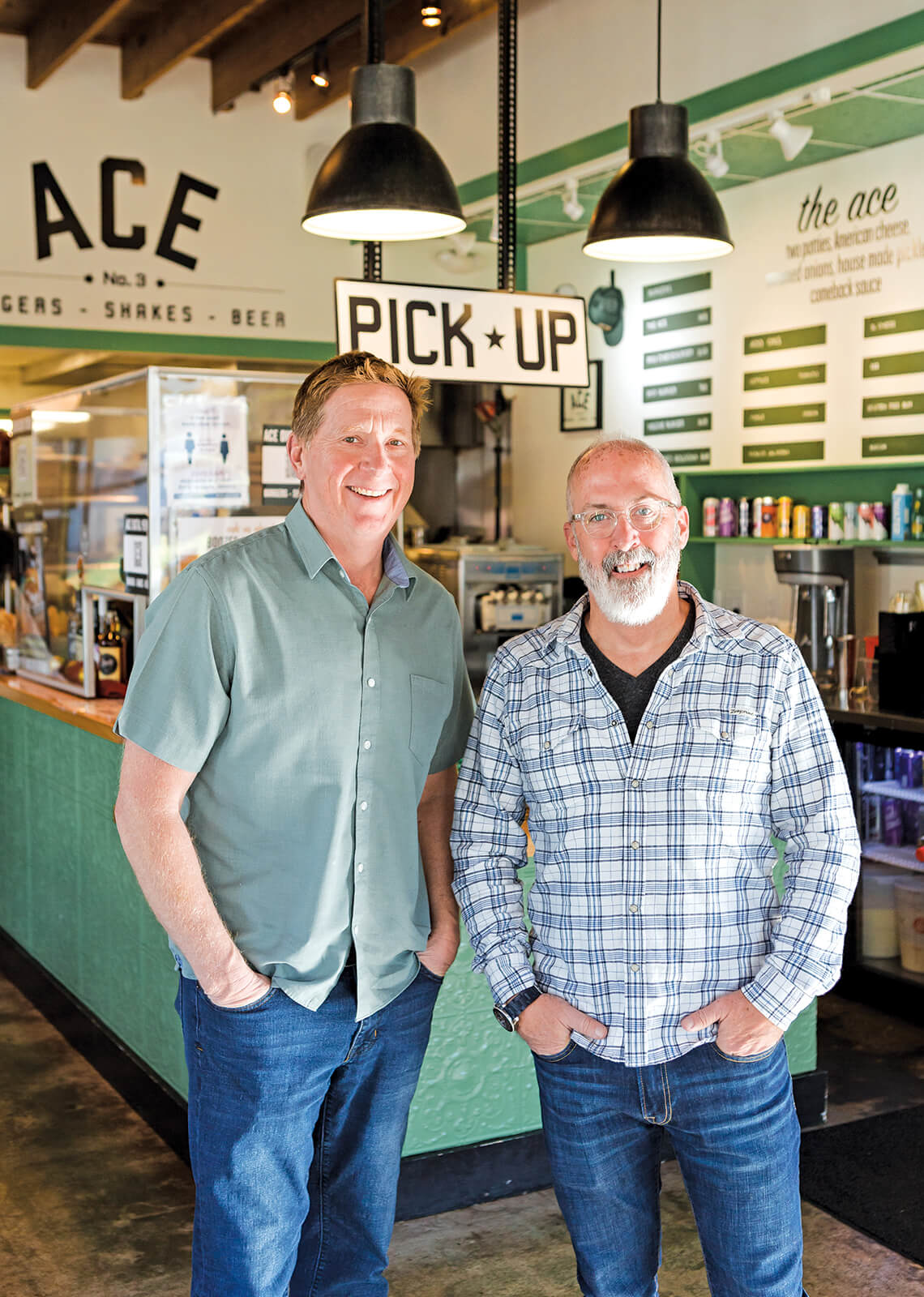 Andrew Chapman (left) and Paul Manley plan to open ACE No. 3 locations in Myers Park and the Concord Mills mall in 2021. photograph by Joshua Vasko

The team splurged on a thick, chrome-plated griddle and began sourcing thin patties from a butcher in Atlanta. They developed a secret seasoning, along with a preparation formula that involves how the patties are lined up on the griddle, which side they’re seasoned on, and exactly when they’re flipped while cooking.

And if you’re taking such meticulous care with the meat, you can’t serve it on just any bun, so the team worked for months with Charlotte’s Golden Grains Bakery to come up with the perfect bread. “When you bite into a burger, you taste from the bottom up, so you get the taste of the bread first,” Manley says. “That’s why the seasoning should be on the bottom of the meat, and the flavors build from there.”

You’re looking for that meal that people wake up the next morning thinking about.

Using thin patties also produces a more caramelized meat flavor, one that sends a lot of customers back in time. “There’s a certain nostalgia of how you remember burgers as a kid,” Manley says. “In my business, you’re always looking for that meal that people wake up the next morning thinking about.”

To ingrain ACE No. 3 in the Belmont community from the get-go, they posted “help wanted” signs in the window before searching elsewhere. They also plucked the general manager, Pierre Bloomfield, from Sea Level NC, where he worked as a line cook. Both of Bloomfield’s grandfathers live in the neighborhood. “Seeing where the neighborhood is going, I’m just happy to be a part of it, to give people in the community a chance,” says Bloomfield, who regularly attends community meetings. “That was a big deal for me.” 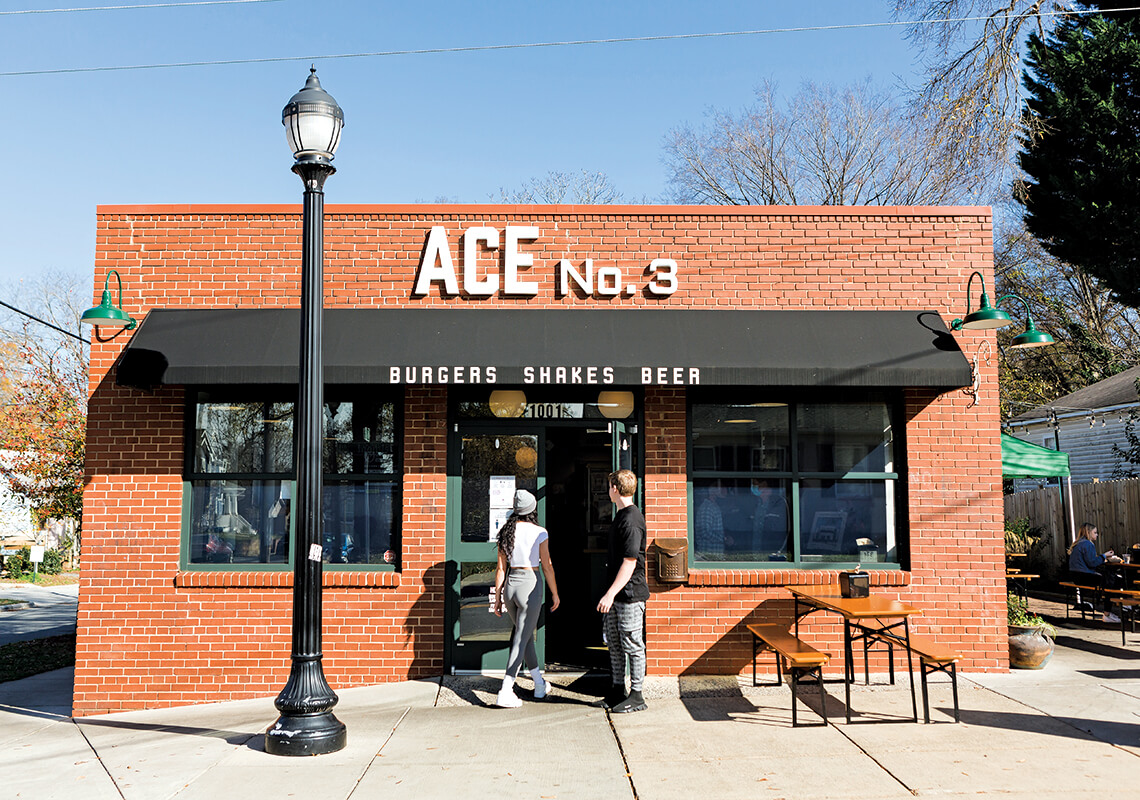 It is all about community at this Charlotte eatery. photograph by Joshua Vasko

Although the menu is burger-centric, ACE No. 3 also offers veggie burgers and fried bologna sandwiches with Swiss cheese, spicy Dijonnaise, house-made pickles, and crispy onion straws. “It’s made like your grandma would make it,” Bloomfield says.

That extra care keeps suits and scrubs, families and hipsters coming back for a burger fix. “People are very emotional about burgers,” Manley says. “More so than we imagined.”