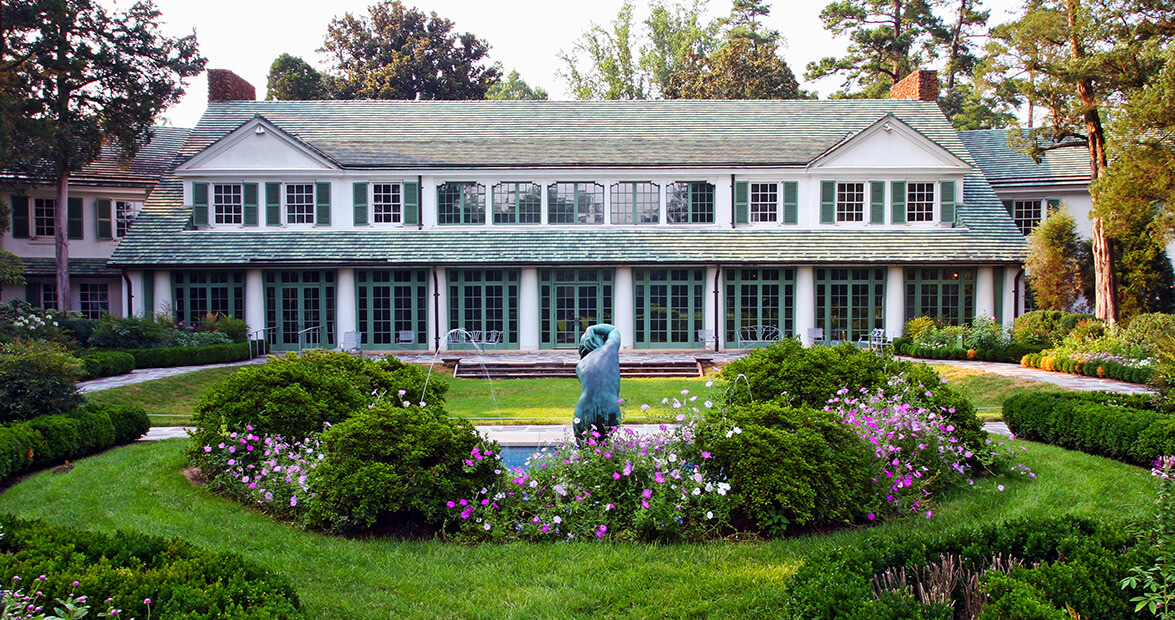 A stroll through the gardens

From the gardens at Old Salem to those at Bethabara Park, Winston-Salem is known for its blooms in the springtime. While the sitting rooms and paintings at Reynolda House Museum of American Art are showstoppers, the rest of the estate is worthy of exploration in and of itself. Having a proper garden meant a great deal to Katharine Reynolds; the greenhouses and conservatory were built a good four years before the house was completed, says Preston Stockton, who is the manager of Reynolda Gardens. And while the gardens might seem grand to visitors in modern day, they were quite modest compared to those other estates had during the Country House Era. Reynolds wanted the gardens to always be accessible to the public, which likely explains why the gardens weren’t built immediately next to the house or enclosed with walls. “From the very beginning, she wanted Reynolda to be a place of learning for the community,” Stockton says. Honor Reynolds’ wishes by planning a morning stroll outdoors around the gardens. There are frequent workshops and plant sales that visitors can enjoy throughout the year. While the weather can make flowers finicky, Mother’s Day is traditionally the peak bloom time for Reynolda Gardens’ peonies. Roses follow, ensuring that the grounds will be awash with reds and pinks in the late spring.

With its long history of manufacturing, the city is home to several iconic roadside eateries that have catered to lunchtime blue-collar crowds for decades. In the south side of Winston-Salem, Kermit’s Hot Dog House offers curb service just as it did when it first opened in 1966. The institution serves breakfast and a variety of sandwiches, but the hallmark of Kermit’s business are the cheese dogs, slathered with rich homemade pimento cheese, coleslaw, onions, and chili.

Heading west, the décor at Little Richard’s Barbecue — checkered tablecloths and retro signs advertising cigarettes and soft drinks — makes you feel like the place has been around just as long, even though it opened in 1991. As far as hallowed Lexington-style barbecue institutions go, Little Richard’s is merely a teenager, but it’s earned a great deal of respect in ’cue circles for its old-school approach. The pork is slowly roasted over wood coals for upwards of twelve hours, and the vinegar-based dip is balanced with a bit of sweetness. 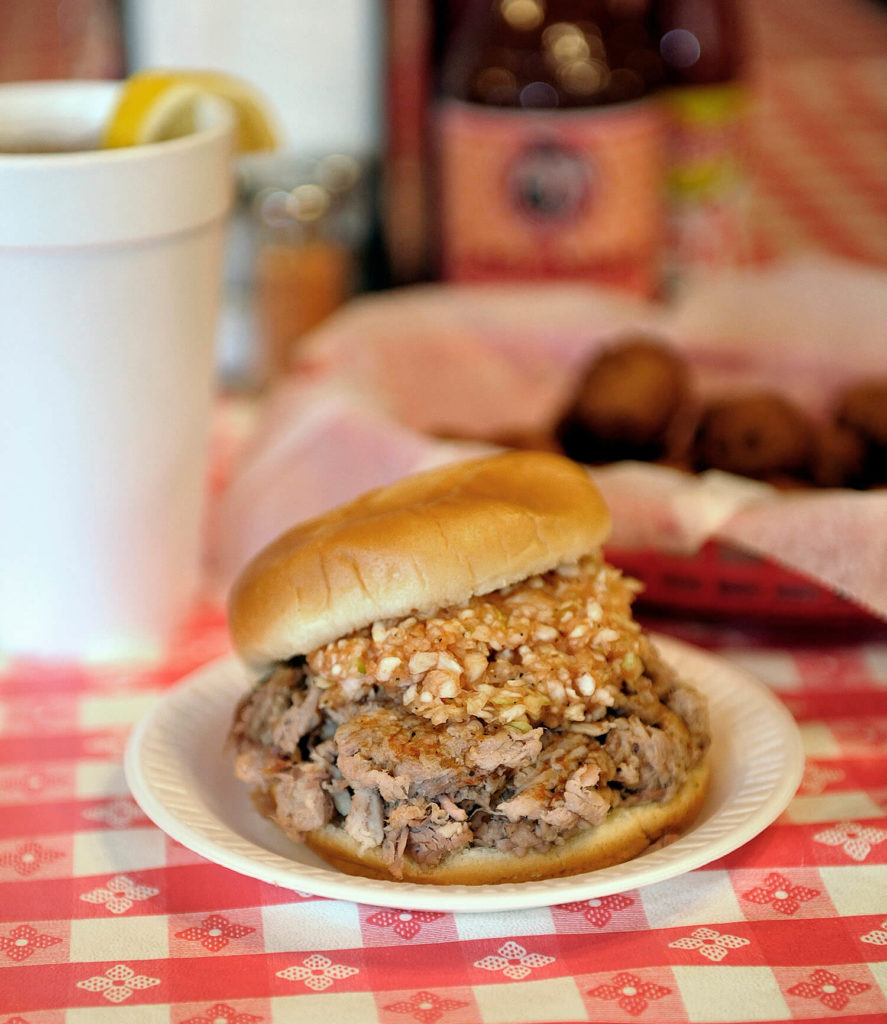 This spring, the Southeastern Center for Contemporary Art (SECCA) is refreshing its exhibits for an imaginative and thought-provoking season. “SoundSeen Remix” opened on March 16 in conjunction with Hanes Art Gallery’s “SoundSeen.” While each highlights different works created by artists John Cage, Anthony Braxton, and Christian Marclay, both exhibits explore the luminaries’ roles as graphic score composers. A “graphic score” is art that musicians can play from, but entangled lines and sweeping brushstrokes often take the place of traditional musical notes. “[The artists] ask you to let your guard down about the hard differences between visual art and sound art, to let those boundaries become more permeable, and to experience the world more holistically,” says Paul Bright, director of Hanes Art Gallery.

On April 20, SECCA will roll out another exhibit, “20 Years of Art-o-mat,” which celebrates the populist art movement that was born in Winston-Salem and repurposes cigarette vending machines to become dispensers that sell artwork. Cliff Dossel, installations manager at SECCA, believes Art-o-mat has become a metaphor for the renaissance that this tobacco town has experienced. “In the same way these cigarette machines have been repurposed to sell artwork, Winston-Salem has been repurposed into becoming a center of innovation and culture,” Dossel says.

Rounding out a spring of chock-full of events is the Crossroads @ SECCA concert on May 20 that features David Holt and alt-country blues singer Amythyst Kiah. Holt will recreate his TV show, “David Holt’s State of Music,” live on stage. “The Crossroads series provides Winston-Salem the opportunity to watch truly world-class musicians in a really small, intimate concert environment,” says Andy Tennille, SECCA board member and Crossroads curator.

Comfort food of all kinds

Downtown, you have your pick of classic standbys and new favorites to choose from for dinner. A bistro that’s both elegant but undulating with Southern charm, Mozelle’s serves comfort food that’s dolled up but remains approachable. Consider the meatloaf: It’s bacon-wrapped and made with tomato marmalade and Havarti cheese. Save room for dessert; the bourbon pecan bread pudding is a dream dressed in caramel sauce.

For a more laid-back meal, head to Crafted: The Art of the Taco. Make no mistake: This place isn’t a Mexican restaurant. It’s a taco joint, and it says so right on the menu. After opening her first two Crafted locations in Greensboro — one that highlights tacos and another that features international street food — Chef Kris Fuller set up shop in Camel City. The taco variations are inventive and fun. Here, pulled pork and mac and cheese are considered taco toppings just as tuna and pico de gallo are, too.

Revered as the “Juilliard of the South,” the University of North Carolina School of the Arts was hoped to be “the capstone of Winston-Salem’s cultural life” when it was founded in 1963 as the nation’s first public arts conservatory. The school’s largest performance venue, the Stevens Center, is regal and offers a wide variety of entertainment throughout the year. Each spring, it’s home to RiverRun International Film Festival. A regional festival with national recognition, RiverRun is a qualifying festival for the Oscars in a few categories. Attend a single screening or make a week out of it, and see several films. 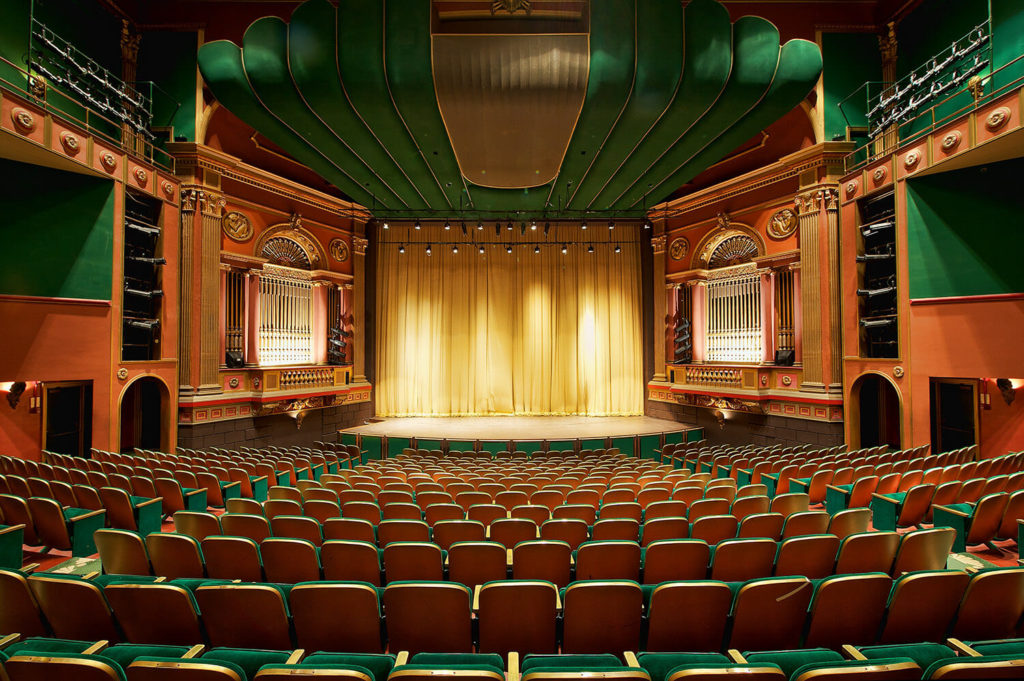 Across the street from the Stevens Center, theatergoers can satisfy their sweet tooth at Camino Bakery, which got its start in the basement of Krankies Coffee in 2008. Prepared fresh daily, the pastries and desserts — of which there are many — tantalize and taunt from their glass cases. Sticky buns. Eclairs. Cheesecake. Coconut macaroons. Think you were just stopping in for coffee? Yeah, OK. Camino is not only a bakery and coffee shop, but it’s also a wine bar with a great selection of local beer to boot. Get your order to stay and post up by the window where you can people-watch and enjoy quiet conversation. 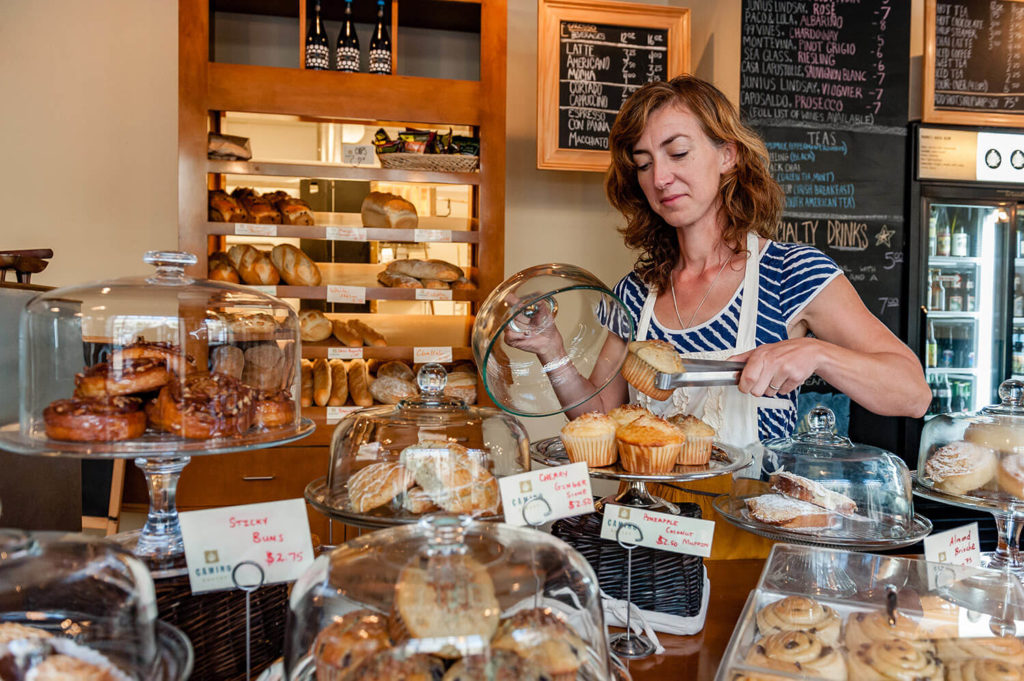 If you prefer a lively evening of socializing, head to the outskirts of downtown to Wise Man Brewing, Winston-Salem’s newest brewery. Located in a spacious former warehouse, Wise Man boasts ample seating, pinball machines, board games, and mega-sized versions of Connect Four and Jenga. But if you think those are all supposed to serve as fancy distractions from run-of-the-mill beer, think again, young grasshopper. In the spirit of homebrewing, Wise Man doesn’t plan to have flagship beers. Instead, it is continuously experimenting with its lineup of interesting and flavorful pours. “We don’t have bartenders; we have beer scholars,” says taproom manager Harvey Williams. Their job is to not only help find a beer that you like, but also encourage you to step beyond your comfort zone. As the weather warms up, enjoy a sour on the patio. 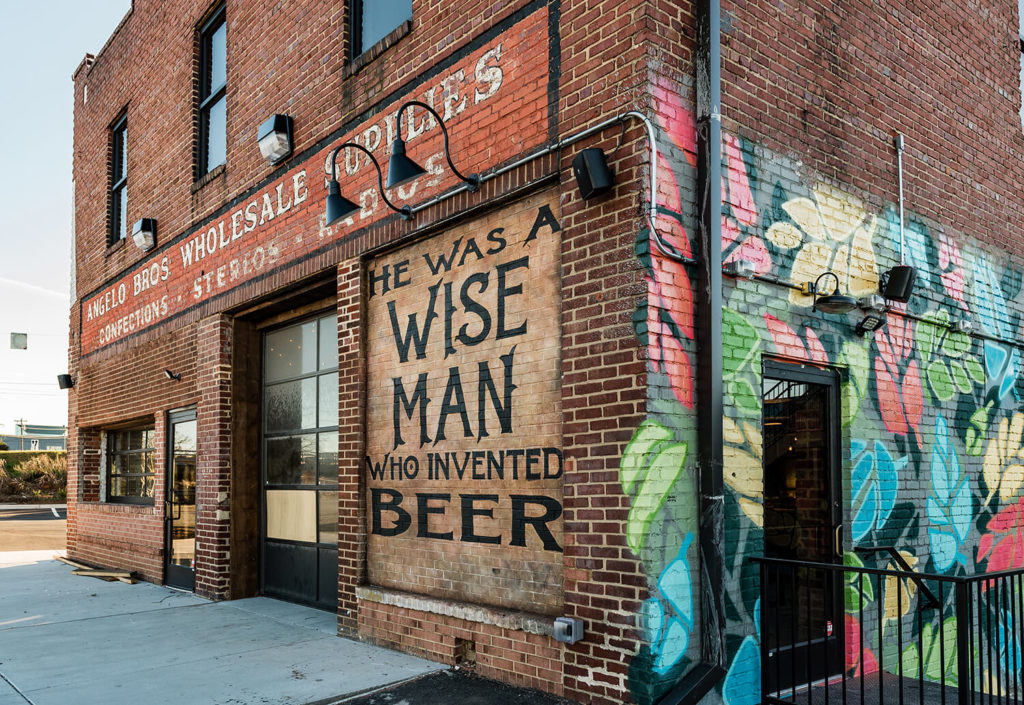