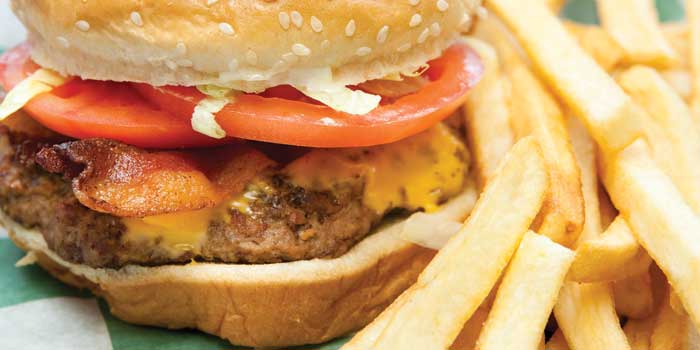 One after another, the men arrive in their pickups. The magic time is 4:30 a.m., give or take a few minutes. They stand by the window for an hour while the rain pelts their shoulders and talk about who is in the hospital, which stoplight is out, how the Sunday sermon was. At 5:30 a.m., they congregate in front of the building. A woman in a green T-shirt greets them with a smile and opens the door. Their food — biscuits, gravy, eggs, bacon, and sausage — waits for them at the counter. All they have to do is pay in cash.

This group of men is known at Allison’s Family Restaurant in Morganton as the Liar’s Club, the Breakfast Club, the Preachers. They can’t keep track of all their nicknames. For decades, they’ve shown up here for quick, tasty meals and hot coffee, sure, but the food isn’t what keeps them coming back. For 22 years, Jeff Allison hasn’t changed much at his restaurant. The same faces make the ice cream and flip the burgers. Even when the workers leave to try something different, they come back, yearning for the routine they’ve known for years, the customers they know by name. Allison’s is a safe zone.

You smell the bacon frying and the biscuits baking as soon as you open the door to Allison’s. Behind the counter, the workers hustle between the drive-through window and the registers. They fill paper bags with livermush sandwiches and sausage biscuits. Jeff Allison stands behind the grill and flips sausage patties so quickly you have to take a second look to make sure the patties are still there. Jeff wipes his hands on a towel tucked into his jeans.

He grew up around food. He was raised in Marion and Morganton, and on weekends, he visited his grandparents’ farm and watched them milk cows and collect eggs. His uncle was a regional vice president for McDonald’s, and he took Jeff out for hamburgers and milkshakes. At 16, Jeff started working at a local Kentucky Fried Chicken. He began as a cook and worked his way up to manager. Before he knew it, he was 29 and the director of operations. He drove all over Jefferson, Boone, and Morganton checking on stores. He never had time to eat dinner with his family. And that greasy, fried-chicken smell clung to his clothes for days.

After he earned a promotion to his director position, Jeff received a call from his boss. A chain of restaurants called Tastee-Freez was about to shut down, and his boss wondered if Jeff wanted to take a chance. The work would be grueling, but if their gamble paid off and they turned Tastee-Freez into a profitable restaurant, Jeff could be his own boss.

“It was the best thing I ever done,” Jeff says.

Within a year, profits rose, and the line at the drive-through just wouldn’t stop. Within eight years, Jeff bought out his partner. Four years ago, he gave up the franchise and switched the name to Allison’s.

He can’t compete with cheap prices at chain restaurants, so Jeff makes sure his customers have a good experience. He keeps the menu the same. You get biscuits, gravy, sausage, bacon, or livermush for breakfast; barbecue, burgers, or hot dogs for lunch and dinner; and sundaes or banana splits made with homemade ice cream for dessert.

As he sits in his booth, Jeff points to a man in a blue mechanic’s coat. “I don’t know his name, and I feel bad about it, but he’s in here every single day,” Jeff says. He looks at the dozen or so white-haired men in the back corner, shakes his head, and laughs. “The Breakfast Club, they try to solve the world’s problems.” In the winter, Jeff keeps the heat on about 80 degrees just to keep them happy.

Christine Lovelace never expected to stay at Allison’s long. When she was 16, Christine applied for a job to learn responsibility and make a little money. She wanted to go to college, maybe, and learn about something, anything.

Twelve years later, she’s the assistant manager at Allison’s. She tried working at banks. She tried doing odd jobs. But she keeps coming back.

“I just love these people,” she says.

She wears a green T-shirt with the Allison’s logo on the chest, and a few scars from wrestling with the deep fryer mark her arms.

As she talks, she stops to say hello to customers and ask how they’re doing. The construction workers will have it tough today with the rain, she says. They might need an extra cup of coffee. Ray’s been working at a chicken farm, so he’s up extra early.

Christine’s served a lot of Allison’s regulars, but her favorite was Hal McNeely. He favored Velcro shoes and cherry-red sweatshirts. He wore a baseball cap pulled down low and glasses with black, plastic frames that were easily 50 years old. Every morning, Christine cooked Hal’s two eggs over-well on the coolest part of the grill, so they wouldn’t burn — she never browned them. Hal didn’t like “scorched” eggs.

When Hal’s health failed and the doctors transferred him to a nursing home, the club members picked up his breakfast from Allison’s every day.

And when Hal died in March, the preacher of the group organized a memorial service, and all of the men came to say their good-byes.

Hal always told Christine that if she left, he thought the restaurant would close.

“I wouldn’t want to leave here for nothing,” Christine says.

When one of Christine’s men in the Breakfast Club doesn’t show up in the morning, she knows something is wrong. When she’s late for work and they’re waiting on her, tapping their feet, chewing their nails, they know something is wrong. She likes the consistency, seeing the same people come in every day.

In a few years, Jeff’s son, Jeremiah, will take over the restaurant. Jeff has a five-year plan: By 2015, he’ll cruise the country on his Harley Davidson motorcycle. He’ll start in Maine and work his way down to Florida, watching the leaves change as he travels south.

Jeff always wanted his son to go to college. Just take one class, he told Jeremiah. But it just never sat with him. A few years ago, Jeremiah went off to work on a horse ranch in Washington. After a few months, he called his dad. “I’m ready to come home,” Jeremiah said.

Now, he manages the night shift and makes out the schedule. Jeff’s daughter couldn’t stay away, either. She runs the Facebook page and handles the advertising.

Jeff probably won’t stay away too long himself.

Eventually, he’ll join the Liar’s Club and maybe give it a new nickname. He’ll have his own seat in the corner like the “mayor,” read the funnies with Jolly Duck, and pour the coffee like the “maid.” He’ll fight over the one newspaper and fume over the broken stoplight. He’ll wear layers of sweaters and jackets, and insist that his son turn up the thermostat to 80 degrees.

Sitting in his booth, Jeff runs his hand through his hair and laughs as he watches the men.

“I’ll be sitting right over there helping them solve world problems,” he says.

He’ll be the first one standing in the drive-through, waiting for Christine to open the window and hand him his coffee as the rain splatters down.

Sarah Perry is an associate editor at Our State magazine. Her most recent story was about the North Carolina Arboretum (April 2012).