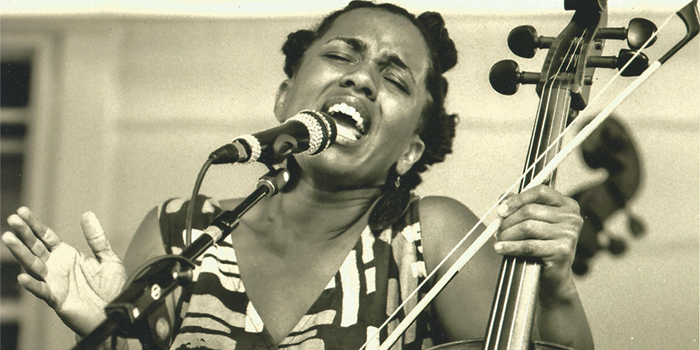 When we began thinking about the innovative digital storytelling project that eventually became, “A Prayer for North Carolina,” there was agreement around one idea: we needed inspiring music.

So we asked a few of the best North Carolina-based singers, songwriters, and musicians to contribute a song that inspires hope and faith in them. One of these artists, Shana Tucker, gladly offered to create an original composition of “Amazing Grace.” Listen to the song below and read how the arrangement came about.

From singer and cellist Shana Tucker:

To me, “Amazing Grace” is an introspective, personal, individual song, a sentiment experienced by many, but admitted out loud by only a few. Not often do folks want to admit publicly that they were “wretched” or “lost” or “blind” and that through grace (of God, or the Universe, or the Spirit, whatever one chooses to believe in), a heart can change.

Whenever this song is sung, however, there are always more than a few amens or knowing nods of the head, no matter if the listener is in congregation, at a funeral or a concert, or even just listening in the car on their morning commute to work.

In creating this arrangement, I asked pianist Eric Hirsh to envision a solitary person, in a farmhouse, alone or the first awake very early in the morning, looking out the window at the untouched snow on the fields with the forest on all sides. The only sound would be that of snow falling –– that pretty hush of beautiful, cold, white silence.

I wrote this arrangement sketch –– the choice of harmonic progressions; the key-change bridge created out of the third, which discusses surviving dangers, toils, and snares through the power of grace; the resolution and reminder of the original verse; and then reflective “unresolved solution” at the end –– and asked Eric to build upon this vision and lay down the piano track with this in mind.

I hope that is conveyed as you enjoy the piece.

Hear more of Shana’s music and see her upcoming tour schedule at shanatucker.com.