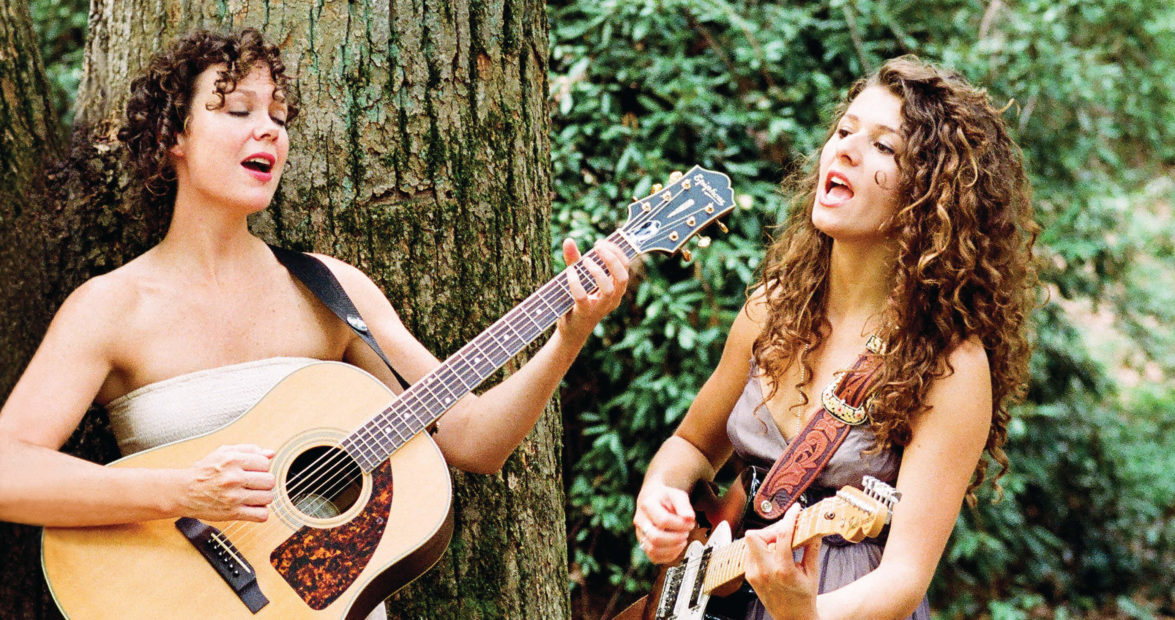 Originality, honesty, and grittiness seep from the Greensboro duo Amelia’s Mechanics. Molly McGinn and Molly Miller’s debut album, North, South, produced by Jim Avett, is fun and soothing. It immediately demands your attention. The lyrics reach beyond the surface, examining the heart and root of the tumultuous human experience.

“Every song has a completely different process, mantra, something I need to hear myself, remind myself of,” McGinn says. “A time and place in life you don’t want to forget, like a photograph, feelings, words you want to say to someone but are safer to put into music…”

As you listen to the mixture of McGinn’s softer voice and Miller’s sultry, sassy tone, you slip into their world. It’s almost like stepping into their living room rehearsal. Their sound is self-described as “vintage country with a moonshine concerto.”

Magic happens when the duo hits the stage; their talents feed off each other. The women are serious about music but don’t take themselves too seriously. Some songs explore mundane struggles that often resonate deeper.

“I write about what’s going on in life, which scares me because that’s a dependency you don’t want to have as a writer,” Miller says. “Life isn’t always a series of big things, but more boring. I need to learn, for writing, that it doesn’t always have to be a big thing.”

The writing process continues to progress as the women of Amelia’s Mechanics work on producing a new album. But no matter the words, they maintain their signature sound.