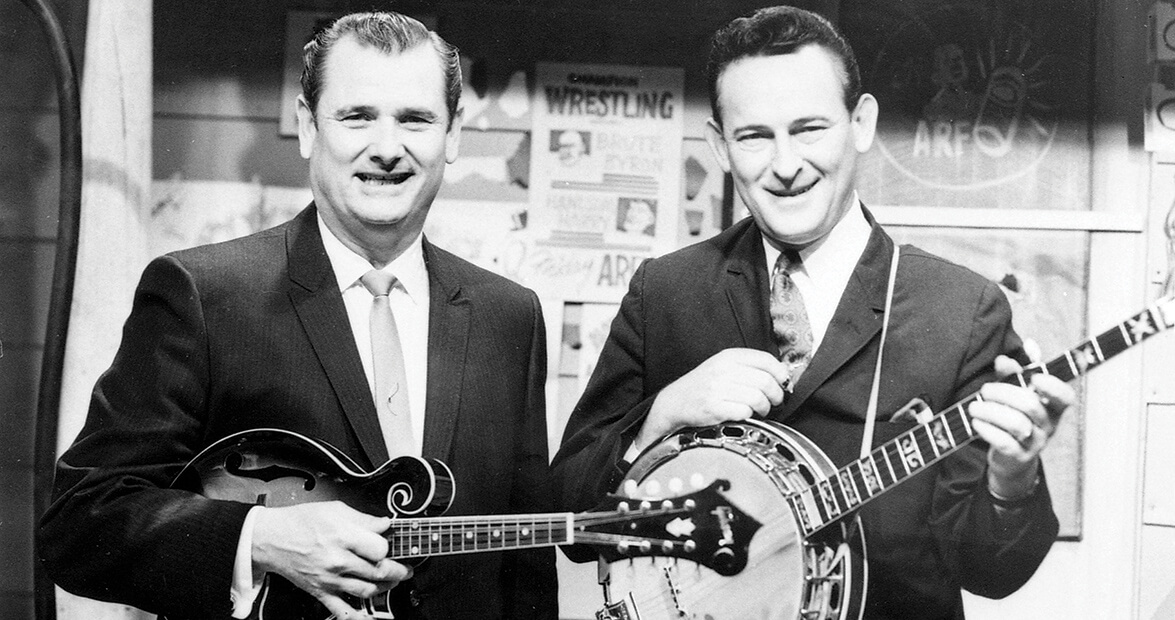 Arthur Smith, a homegrown Carolinian, is one of the most admired and influential country music singers, songwriters, and entertainers in our state’s history. And he’s turning 90 years old this month.

A performer and businessman, Smith created a music and television enterprise that encompasses the rights to more than 500 of his own songs, including “Dueling Banjos” from the 1972 movie Deliverance. He owns a local recording studio that has seen its share of stars pass through its door. He dabbled in promoting fishing tournaments and opened his own line of grocery stores.

A stroke last year slowed Smith down. But his story remains fresh in the memories of many fans and
fellow entertainers whose lives he touched throughout his career.

In 1936, at age 15, long before his television days, Smith landed a recording contract with RCA and later moved from Kershaw, South Carolina, to Charlotte, where he joined the cast of WBT radio’s “Carolina Barn Dance.”

One of his early radio listeners was a young man from Winston-Salem named George Hamilton IV. Hamilton remembers writing a letter of admiration to Smith, who responded with an invitation to come down to the studio.

“It seems like I took the Greyhound bus to Charlotte,” recalls Hamilton, a North Carolina native and Grand Ole Opry member. “It was before I could drive, and I visited him at the studio. It was such a thrill for me to see him and his band, The Cracker-Jacks.”

In 1972, Hamilton, who by then was a regular on the “Grand Ole Opry,” received another invitation from Smith, this time to join him at the WSOC studio and be part of his syndicated TV series. Hamilton took Smith up on the opportunity to come home to North Carolina.

With taping scheduled to start immediately, Hamilton commuted to Charlotte from Nashville, Tennessee, every other week. So Smith asked Hamilton to stay at his home until he could buy a house and get settled. Living with Smith gave Hamilton the chance to see the performer in a different light.

“I knew he was a deeply spiritual man, but I came to realize that it was the major focus of his life,” Hamilton says. Hamilton shared morning devotions with Smith and his wife, Dorothy, at the breakfast table with the big family Bible. “Arthur always closed his show with a hymn, whether he was in a schoolhouse auditorium or on television. He always finished up with a prayer.”

“These are the things I began to see about him that I didn’t know before I joined the show,” Hamilton says of Smith’s faith and generosity. “He treated us like we were family.”

‘Just the person he is’

As a child, David Holt remembers being fascinated by “The Arthur Smith Show.” The variety show — a mix of country-western and gospel music, and old-fashioned country comedy — captivated viewers. Holt, a Grammy Award-winning musician living in western North Carolina, cut his country-music teeth on “Guitar Boogie.” Released in 1945, “Guitar Boogie” was Smith’s first record to sell 1 million copies. The song is now a country-music anthem played by musicians all over the world.

But Holt, who hosted the television show “Fire on the Mountain” on The Nashville Network in the 1980s, was one of the lucky ones who got to play the hit with Smith. They played “Guitar Boogie” together on Holt’s show. “Some virtuoso guitar pieces are so complicated that the average person can’t get it, but this one’s something an audience can really enjoy,” Holt says.

That experience with the song and its creator meant enough to Holt that he made it part of his concert and recording repertoire. Holt is still impressed that Smith recorded the song without the electronic guitar tricks and shortcuts that many musicians depend on today. Smith relied simply on skill.

“It was guys like Arthur Smith who definitely influenced me, not only in his music, but in the television realm,” Holt says. “Arthur came across on television as just the person that he is and never tried to be bigger than life.”

“Cotton Fields to Skyscrapers,” a permanent exhibit at the Levine Museum of the New South in uptown Charlotte, invites you to sample Arthur Smith’s sound as you explore the culture of the South.

“[Smith] came along at just the right time,” says Tom Hanchett, staff historian. “Musical groups of that time were leaving their front porches and going to the bigger towns and cities where there were more people to listen. His music had a progressive sound that really caught on.”

Visitors to the exhibit experience the field sessions of the 1930s, when recording companies traveled through cities and towns, stopping for several days at a time to hear what local talent the area offered. A quick listen to Smith’s “Guitar Boogie” proves he has the skills.