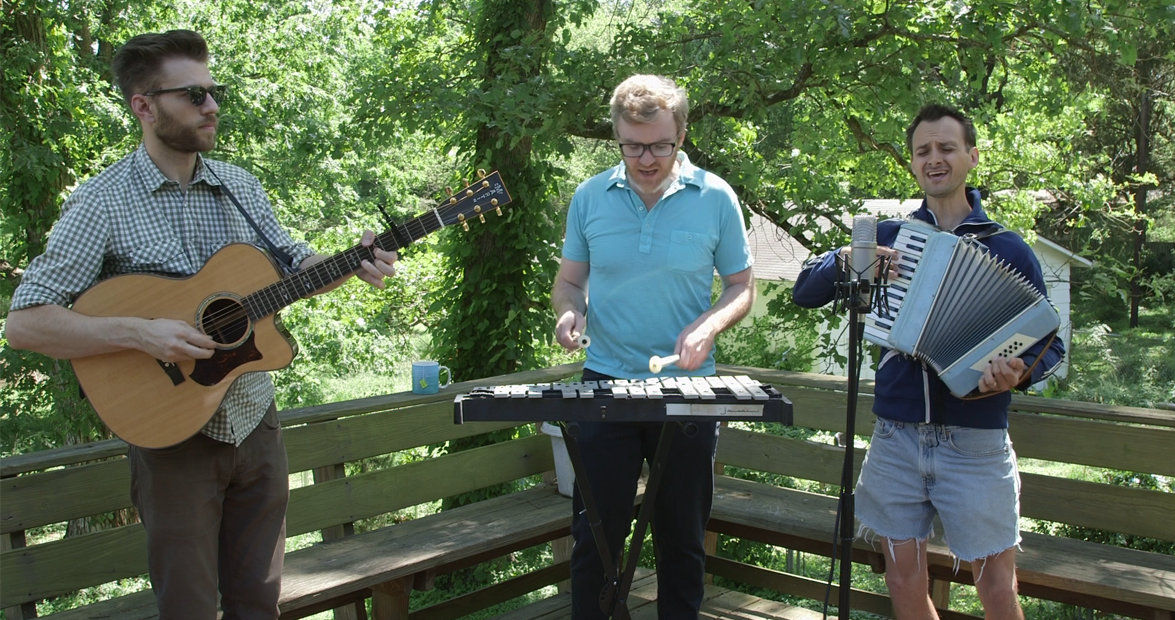 Bombadil is comprised of Daniel Michalak and James Phillips. With the help of Nick Vandenburg on guitar and bass, the pair played some new tunes on their back porch in Durham. “I love living in Durham because it has a very supportive community of musicians and artists,” Phillips said. The band recently returned home to the Bull City after touring up and down the East Coast to promote their newest album, Hold On, released in March 2015. According to their website:

After an 18 month period of intense touring and songwriting, Bombadil has crafted a record packed with unforgettable melodies, imaginative sonic landscapes, and irresistible harmonies, making Hold On an early highlight of 2015.

While continuing to tour, the band also plans to start recording a new album later this year. “We’d love to have another record out next year,” said Phillips. “Maybe that’s optimistic. Or, maybe that’s pessimistic. Who knows?”

Michalak laughed and chimed in, “Maybe we’ll have two records out this year.”

Whenever there’s new music from the duo, we’ll certainly be ready. In the meantime, keep up with the Bombadil and the band’s upcoming tour dates at bombadilmusic.com.