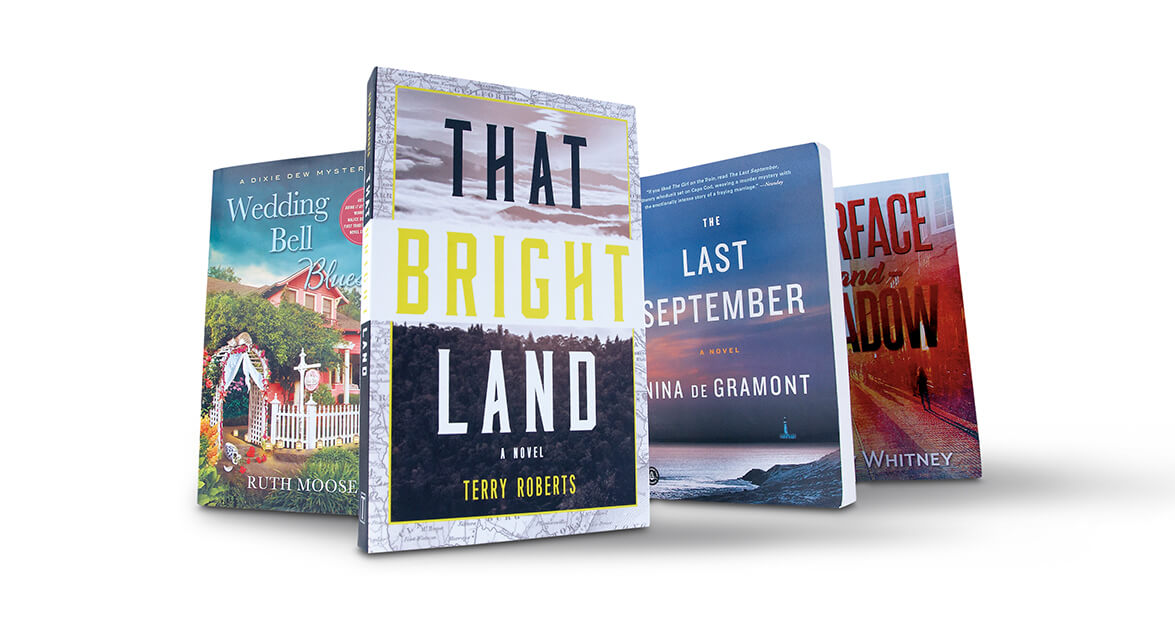 by Ruth Moose (Minotaur Books, 2016)
In Pittsboro author Moose’s second Dixie Dew Mystery, bed-and-breakfast owner Beth McKenzie is in the middle of preparing for an upcoming wedding and the Littleboro Green Bean Festival when she receives a call from “Crazy Reba,” who claims she has killed a man. To further complicate things, the man’s death is somehow linked to a missing man in town, whose jealous wife believes he’s been having an affair with Beth — and she’s determined to get revenge.

by Terry Roberts (Turner Publishing Company, 2016)
The Civil War has ended, but someone in the North Carolina mountains has been waging his own war on Union veterans. Roberts, a western North Carolina native, tells the story of former Union spy Jacob Ballard, who leaves Washington, D.C., for the isolated backwoods of his childhood to hunt down the killer. As he reconnects with his roots, he untangles the community’s complicated relationships to find a soldier who won’t give up his cause.

by Nina de Gramont (Algonquin Books, 2016)
When Brett comes home to find her husband, Charlie, murdered, everyone suspects Charlie’s schizophrenic brother. But Brett can’t shake the feeling that something is off. As she recounts the time leading up to the murder, new suspects arise, all of whom may have had a motive to kill Charlie. De Gramont, who lives in Wilmington, tells a powerful story of heartbreak, love, and loyalty in a life turned upside down by mental illness and betrayal.

by Sally Whitney (Pen-L Publishing, 2016)
Lydia’s life is changed when she befriends Nancy, the over-protected granddaughter of the richest man in Tanner, North Carolina. Fifty years ago, Henry Galloway’s brother died mysteriously from poisoned moonshine, and rumor has it that Henry killed him. Despite warnings from Henry, the townspeople, and her husband, Lydia is determined to solve the mystery, help Nancy, and prove to herself that she has the power to decide her own future.