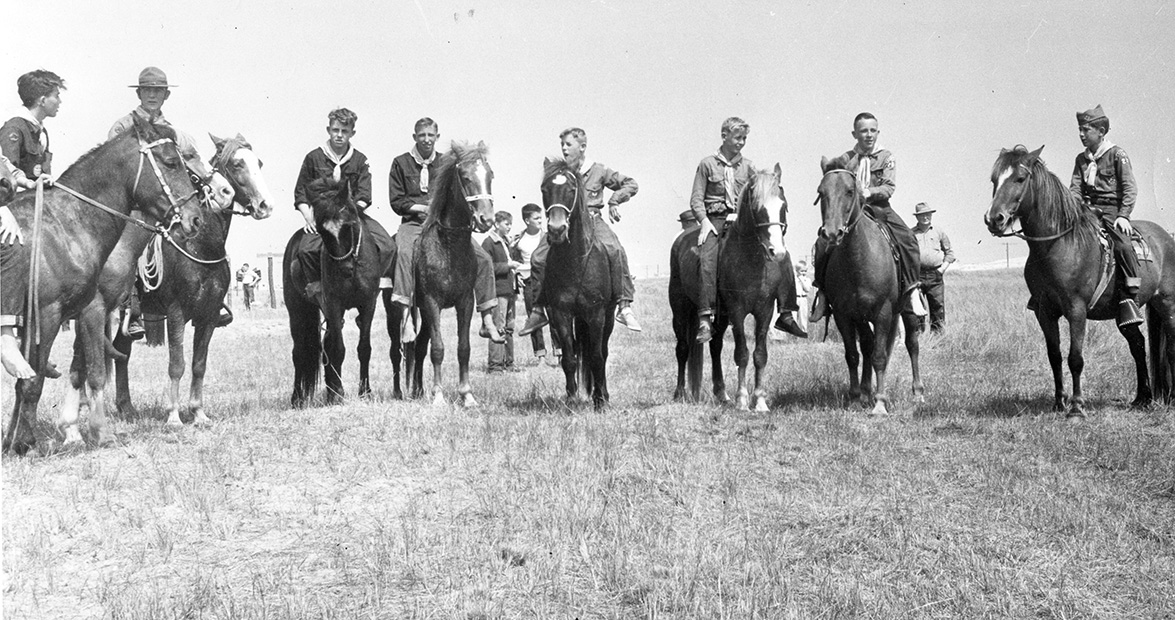 Lindsey Howard charged across the dunes of Ocracoke Island, heart racing as he urged his mount, Star, to gallop faster over the sand. Several more Boy Scouts raced behind him, each atop his own pony. Small but quick, the horses veered left when the boys yelled “port” and turned right for “starboard.” When Col. Marvin Howard started Boy Scout Troop 290 in the summer of 1954, he created the first — and only — mounted Boy Scout troop in the country.

Equipped with bridles and blankets, the troop set out to tame the island’s wild Banker ponies as their mounts. Colonel Howard, who had worked with horses all his life, taught the Scouts to care for their ponies: They bought them feed, groomed their coats, and even gave them the occasional Pepsi (the ponies proved to be enthusiastic soda drinkers). For the next decade, the boys rode in parades and camped on the beach, pitching tents on the sand while the ponies dug water holes with their hooves.

“We enjoyed it as boys,” says Lindsey, now 76. “We had our own horses and raised ’em. We broke ’em and rode ’em and just enjoyed being with ’em.” While the horses on Ocracoke Island are no longer wild, the National Park Service has designated several acres of land for them to run free. Today, one of those horses bears a familiar name: Captain Marvin Howard.