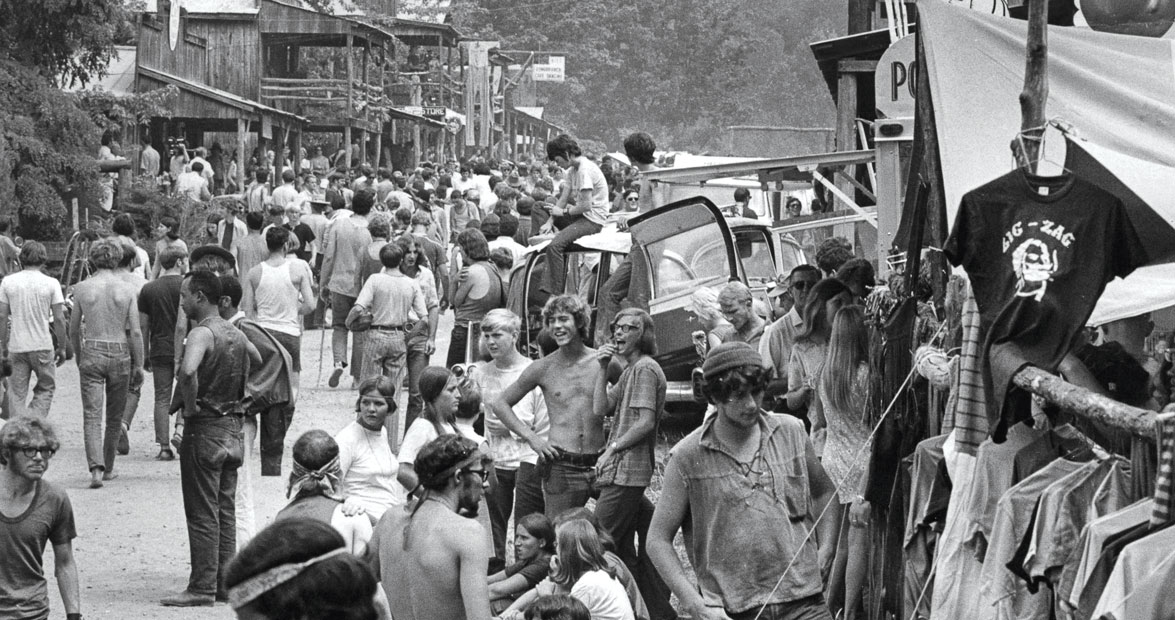 Steel spurs and cowboy hats weren’t typical of the 1970s hippie counterculture — that is, until the town of Love Valley hosted North Carolina’s own version of Woodstock. Fifteen miles north of Statesville, much of Love Valley looks straight off the set of Bonanza — wooden storefronts, a saloon with swinging doors, hitching posts for horses — just as its founder and pistol-wielding mayor, Andy Barker, envisioned.

In July of 1970, seven years after this Wild West-inspired town was incorporated, Barker used his cowboy retreat to throw his daughter, Tonda, the ultimate rock ’n’ roll birthday party. With a lineup of 43 musicians, including the headlining Allman Brothers Band, the concert soon mushroomed into a three-day event simply called “The Love Valley Thing.” Barker expected maybe 25,000 to 50,000 concertgoers, but when Friday came, an overwhelming number of cars, hitchhikers, and long-haired hippies flooded the valley. With an estimated 100,000 people attending by Saturday, the village burst at its seams with free spirits and colorful signage that spoke of going against the grain and the government. Today, former flower children remember the sight of tents dotting the valley’s hillsides and the authentic sense of community and belonging.