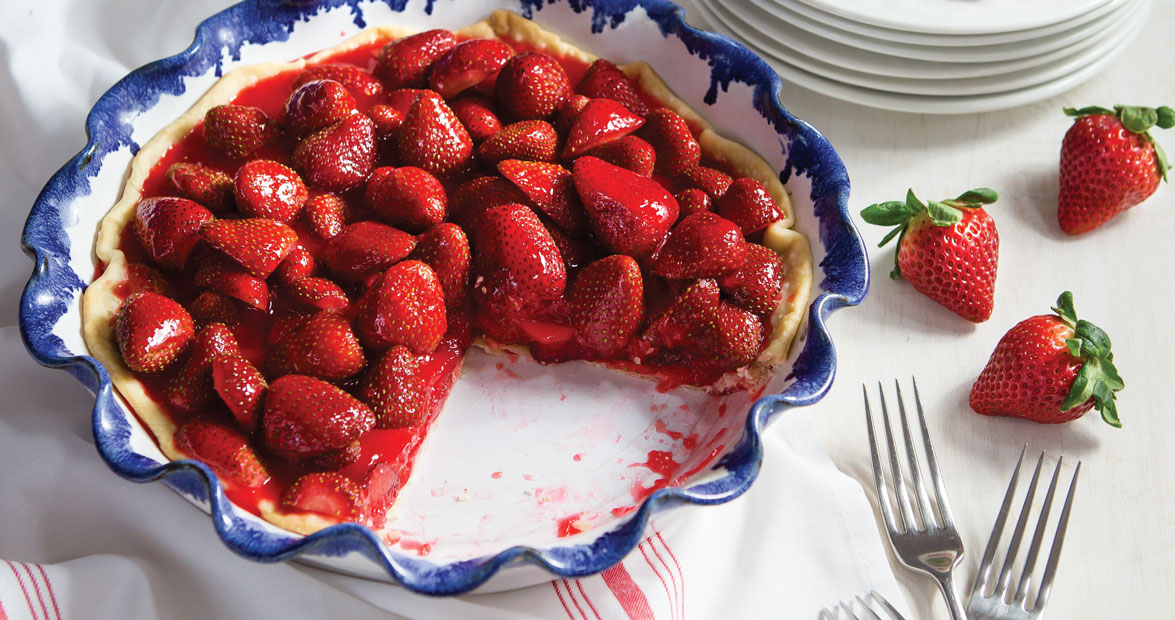 Pie filling is the jewel in the crown of crusts, the real heart of the matter on pies. Fat strawberry halves glistening under glaze, pecan pieces promising crunch to balance thick brown syrup, silken chocolate that drapes over the tongue like a sigh.

Pie makers get so caught up in the challenges of perfecting crust that we sometimes forget that the whole point of pie, the apple-raisin raison d’être, is the filling.

Pie filling is art, imagination, and inspiration. You make a pie to celebrate seasonal fruit, or because you’re in the mood for whatever you put in the center of the pie. When does anyone make a crust and think, “Hey, I need to go find some great apples to put in this?” No, you make pie because you already have great apples and want to elevate them to their highest calling.

You make a pie to celebrate special occasions. Cake is all very nice at a birthday, but what great holiday spread in these parts is complete without the holy triumvirate of pie — pumpkin, sweet potato, and pecan? Throw in a cranberry tart if you’re feeling saucy.

You can get as fancy as you want with pie — whip up a tarte Tatin! — but the real canon of Southern pies are creations born of hardship and scarcity. Just look at the baking traditions of the Depression, when people needed all the pie they could get. Pinto bean pie is an oddity now, but back then, it was a way to use canned beans to fake either pecan or pumpkin pie (it varies, based on how much you mush up the beans). I’ve stumbled on one or two at church suppers in my life, and it’s better than it sounds, although it does make you grateful for times of prosperity.

The recipe for mock apple pie got such a following that it still lives on the back of the Ritz Crackers box, with crumbled crackers taking the place of the apples. I’ve made zucchini “apple” pie, in which you peel overgrown extra zucchini — not exactly scarce in Southern summers — scrape out the seeds, and slice the squash into half-moons that can pass for apples in a pinch. Forget the pumpkin spice craze — apple pie spice belongs in every emergency kit.

Phoebe Lawless of Scratch Bakery in Durham introduced me to Shaker lemon pie, made with rinds and all, and her version haunts me to this day. Must we even discuss the empty larder that led to chess pie? Eggs, sugar, melted butter, and a little white vinegar, and you can get on with the rest of your morning. And I’ve wondered many times about the first person who dug up a sweet potato and thought, “Hey, I bet I can make a pie out of this.”

When a millionaire shipbuilder started bringing a new invention called sweetened condensed milk to Key West in the days before refrigeration, resourceful Conchs, as natives called themselves, discovered that they could mix it with the local lime juice and it would thicken. To this day, no self-respecting fried seafood dinner can end without a slice of Key lime pie. And a slice of Key lime pie after a seafood dinner will be a law when I rule the land. Make it Bill Smith’s sweet-and-salty lemon version, Atlantic Beach Pie, and I bet I’ll run unopposed.

Pie histories tell us that very early pies, usually filled with meat, were flour-paste caskets (actually called “coffyns”) to hold whatever you wanted to put in them. You usually cracked them open and ate what was inside. So in the beginning, at least, the filling was the whole point of pie.

Today, if you get a slice of pie with a disappointing, gummy crust, you can always get to scraping and just eat the filling. Faced with a lame frozen pie, in fact, that might be your best recourse. But who dumps the pecan-pie goo and just eats the crust?

There will be some grumps out there who will claim to have done that, but seriously — pictures, or it didn’t happen.

The Baker’s Basics: The Meringue