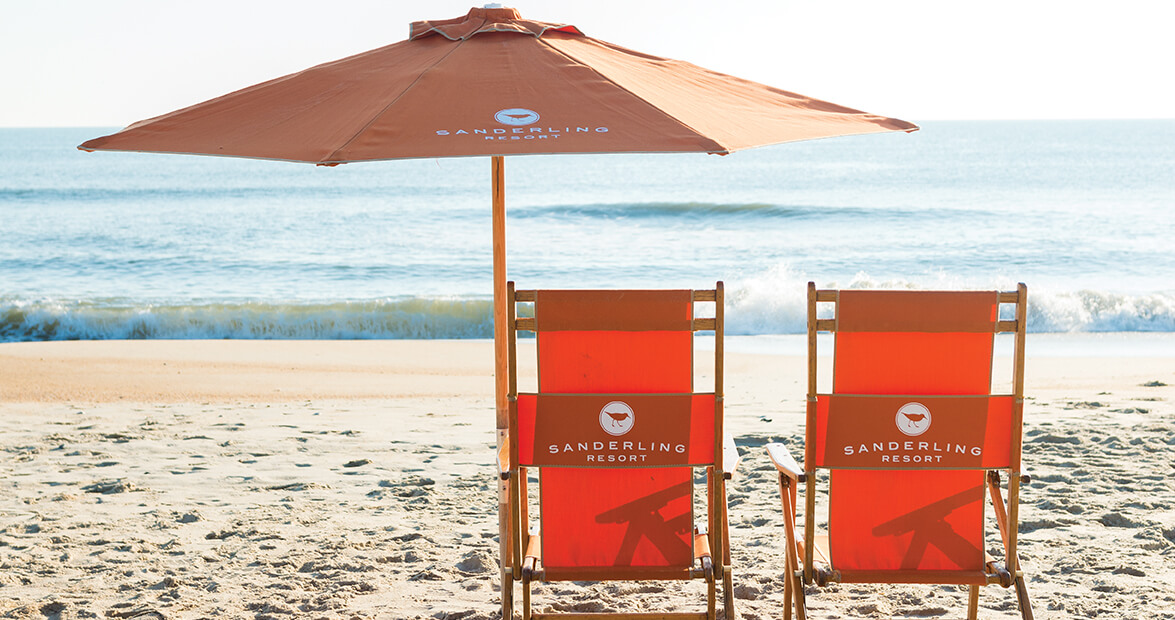 Rarely have I felt this blissful to be awake at 5:30 in the morning on a day off. I’m sitting by a fireplace, its gas logs hissing at a low flicker, with an ocean of darkness outside the window. My wife and three boys are asleep upstairs, and I’m indulging in the peace before the pitter-patter — or stampede — of feet on a hardwood floor.

During family getaways, I always stash a couple of books and magazines, thinking I’ll have time to read them. Silly Dad. Traveling with young children is not conducive to catching up on one’s reading.

For now, though, I’m sitting, undisturbed, in the lobby of the Sanderling Resort, which is just north of Duck — an oasis on a strip of sand no more than 900 feet wide — that separates the Atlantic from Currituck Sound.

Awaiting my first glimpse of the ocean, I hold a cup of black coffee in my hand and a travel book in my lap. Soft rock purrs on the stereo system.

We’re staying on the top floor of the main wing, which is called the Beach House. There’s a balcony on either side of our room: one revealing a postcard-worthy view of the ocean, the other unveiling sunsets on the sound. The decor is classic beach house: sandy hues with white trim and paintings of wading birds. I could sit here all day, ignoring the complimentary Virginian-Pilot newspapers displayed on the tables, and read Nicholas Sparks novels without a hint of guilt.

By 7 o’clock, the black sky has turned violet, and gauzy clouds soften the sun’s glow. A stiff north wind thrums against the windows, agitating the sea into whitecaps. Downstairs at the bar, the coffeemakers perform their reveille of grinding and whooshing. The overnight concierge gives a chipper “good morning!” to a woman wearing workout tights and a nylon shirt.

The pitter-patter has commenced, and so has the brotherly un-love among Silas, Asher, and Gabriel, which requires parental intervention. After the fleeting squeals of “you’re so mean!” and “STOP!!!” the giggles return. I remind my wife of the Sanderling’s spa, just across Highway 12, and point out how alluring it sounds in the brochure. “Signature treatments” include the Island Oasis, “a customized Sanderling facial and reflexology massage to leave you rejuvenated from head to toe.” 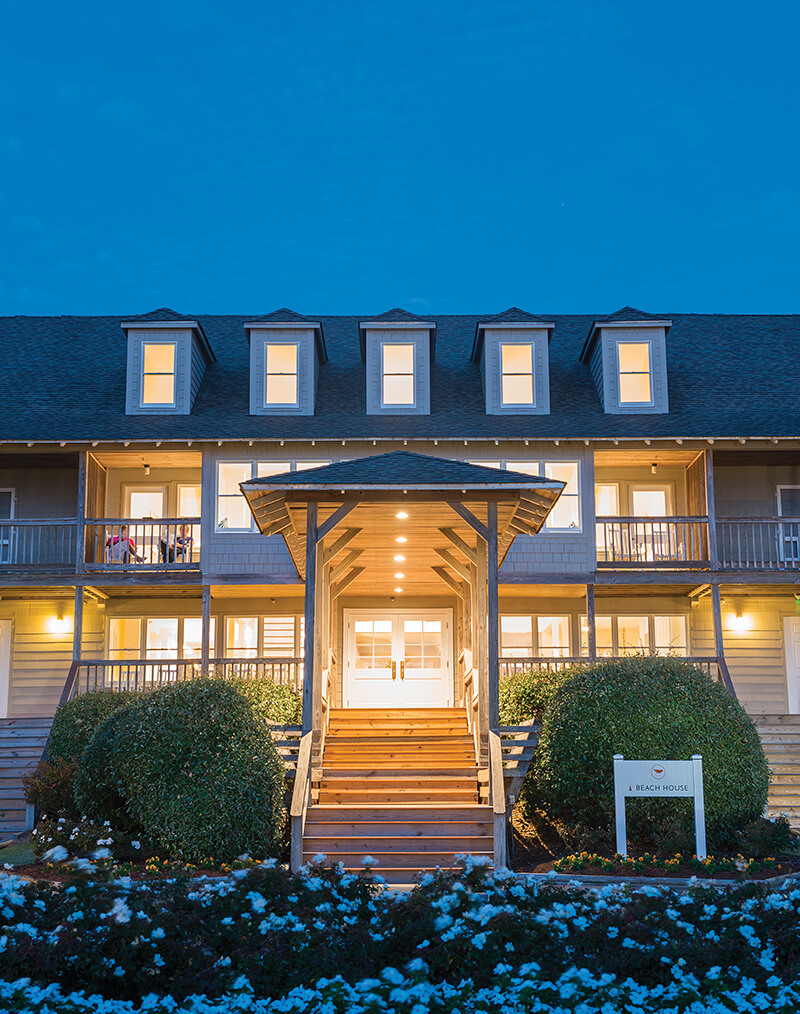 Yet the beauty of the Sanderling is that you don’t need a spa treatment — wonderful as that is — to experience extreme relaxation. You can chill out in the lounge chairs atop the dunes. You can slip into the hot tub next to the adults-only Tranquility Pool. Or, in the summertime, you can ferry the kids to the pool in front of the North Inn while lunching on shrimp tacos from the Sandbar restaurant.

A Texan-turned-North Carolinian named Earl Slick opened the resort in 1985. He called it The Sanderling Inn, named for the tiny birds scampering on the beach.

Slick had spent years hunting and fishing along the Outer Banks. He bought the Pine Island Hunt Club north of Duck and donated close to 3,000 acres to the National Audubon Society. He restored the old lifesaving station, where men used to rescue shipwreck victims, into an upscale restaurant. It’s called, simply, the Lifesaving Station, where my wife and I order the sautéed local rockfish with littleneck clams and herb purée — superb.

Regardless of the season, the Sanderling Resort feels inviting, be it on a hazy January evening or on a sun-bathed June day. I stroll the grounds and spot a Honda SUV with empty Miller and Mountain Dew cans dangling from the trailer hitch, the words “Just Married” finger-drawn in the window dust.

At the front desk, I meet Jonathan and Lori Greene, checking out after a weekend escape. “That’s what we wanted: getting away without the pressure of having to do things,” Lori says, to which Jonathan adds, “I’m a homebody. That’s part of the reason why I love this place, just because it does kind of feel like home with all the couches and chairs and the fire pit and the fireplaces.”

At sundown, the two gas-fueled fire pits, one near each pool, both ringed by wicker chairs, glimmer in the dark. My family saunters down, carrying marshmallows, Hershey’s bars, and graham crackers. Time for s’mores! In the chill of the night, our hands hover above the flames as we watch the marshmallows turn swollen, black, and sticky.

Everything seems just about perfect. We spend the afternoon collecting whelk shells on the beach. In the evening, we feast on local seafood, which I primed myself for with a North Carolina-brewed pale ale. And now we’re sitting by a fire, under the stars, watching as my wife, Alison, tries to evenly break the graham crackers.

Soon, I’m in a king-size bed that makes me feel like royalty, or at least a chief executive. I open a copy of the Virginian-Pilot and my eyes grow weary while scanning the noisy goings-on of the world beyond. The opinion page falls to the floor, the light goes out, and I drift off.

Rarely has falling asleep before 9:30 p.m. felt so good.