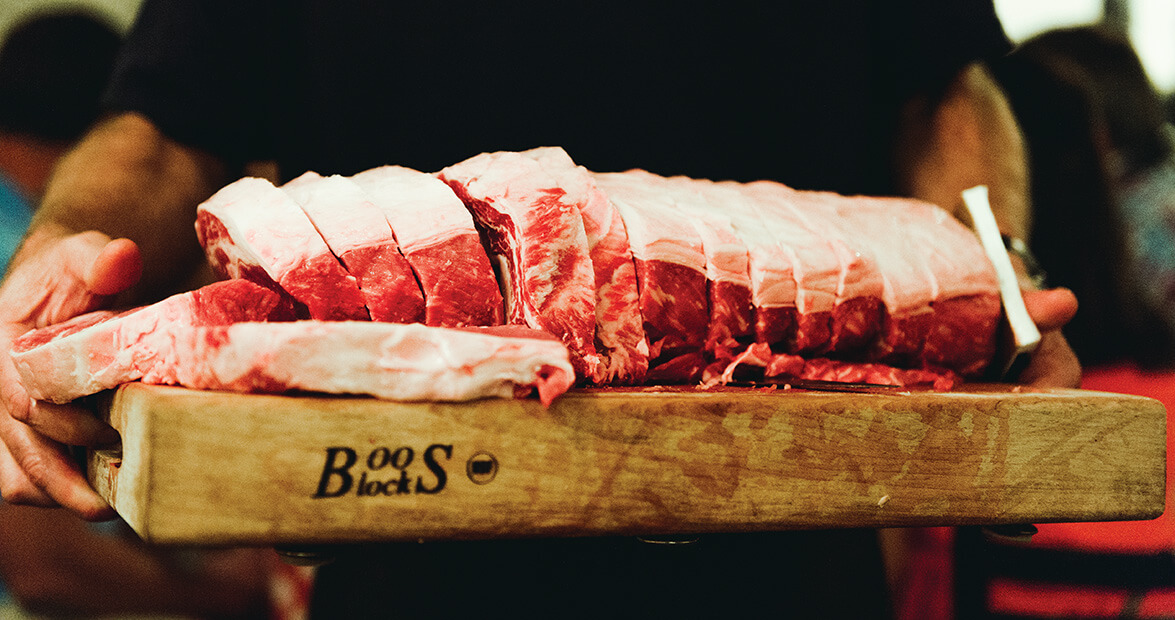 It’s a Friday night in Wilson, and Cliff Watson walks into The Beefmastor Inn with a drink in his hand. There are only 10 tables in the restaurant, and all of them are full.

Watson announces his party of four and is told there will be at least a 30-minute wait. He looks delighted and chirps, “Sounds great!”

“You bring a group, you put your name in, and then you tailgate while you wait,” Watson says matter-of-factly. He’s a veteran of this routine, having eaten at The Beefmastor through a series of owners — the current owner is Chad Ellis, who started as a waiter before purchasing the restaurant in 2007. Watson once tailgated at The Beefmastor for four hours on New Year’s Eve. He admittedly doesn’t remember much about the actual meal once he made it inside.

Watson takes a sip of his drink, exchanges hellos with Patrick Mitchell, who Ellis describes as his right-hand man at the restaurant, and heads back to the asphalt parking lot. Soon, Watson will be leaning up against his car, drink in hand, at least a half-hour away from getting a table, and it seems like he’s … pleased? 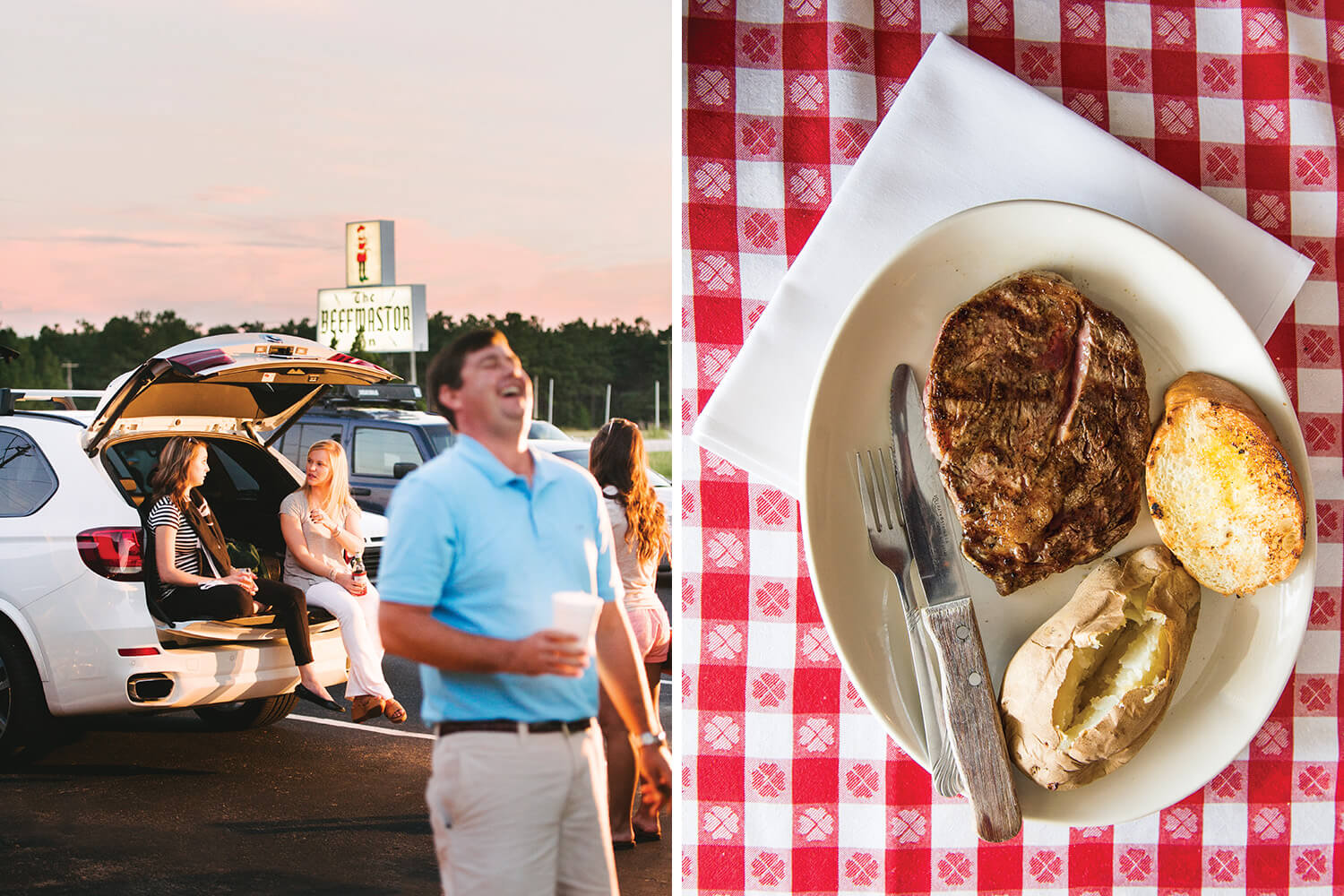 There’s only one meal on the menu at The Beefmastor. photograph by Andrew Kornylak

Watson’s met people from as far away as Canada while waiting for a table in the restaurant, which doesn’t have a menu. The Beefmastor serves rib eye — only rib eye — up to 700 pounds a week. As soon as a new table is seated, Mitchell greets them with a giant slab of meat on a wooden butcher block. “Our standard is eight ounces,” he says, holding his knife over the meat, approximately where eight ounces would be.

Each customer makes their selection, then tells Mitchell exactly how they want their steak cooked. He slices the properly sized hunk of rib eye and then takes it to the grill. While they wait for their meal, which will include a baked potato and Texas toast, hungry customers can visit the salad bar, which is much like the rest of the restaurant: It’s not big, but there’s little doubt about the quality. 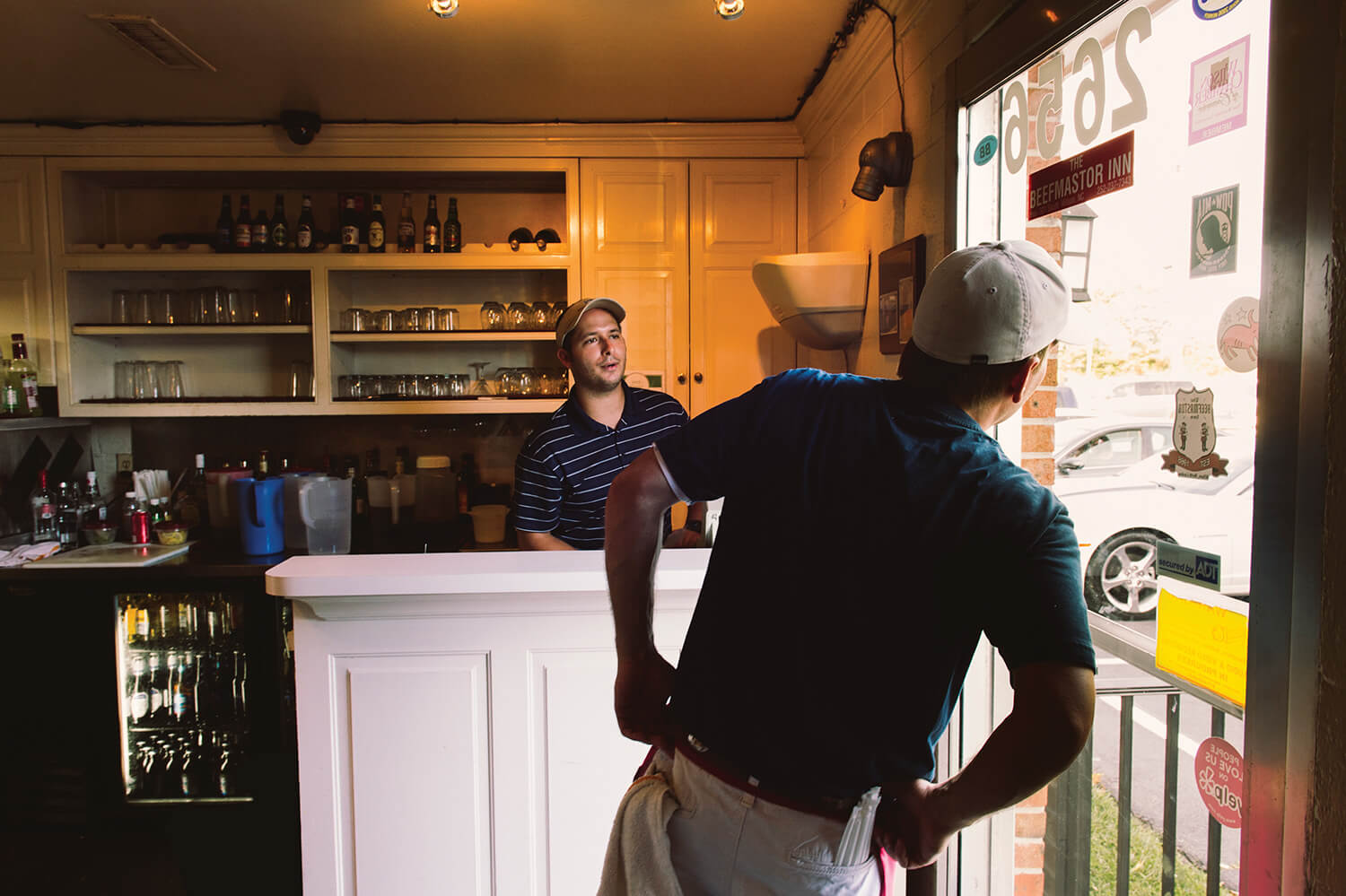 David Williams and Josh Barnes keep an eye out for early customers. Tailgaters don’t arrive until around 7 p.m. photograph by Andrew Kornylak

At the Beefmastor, there are no substitutions. No choices. Most definitely no menu. Those in the know ask for a baked onion, but that’s as exotic as it gets. “Sometimes, you’ll get people who are confused when they try to order,” Mitchell says. “But it’s gotten to the point where most of them know what to expect.”

Inside the restaurant, then, it’s business as usual, even though the business is unusual.

It’s outside the restaurant where the environment changes every day, and sometimes hour to hour. On this Friday, most of the early arrivals are there to eat. In these early evening hours, The Beefmastor is mostly a restaurant. By 7:30, however, the tone changes. Multiple groups are spread across the parking lot. Sometimes they mix; sometimes they don’t. Many are regulars who recognize each other and offer a greeting — and a drink.

The tempo slows. No one appears to be in a hurry.

Across the parking lot from Watson’s group, closer to the hum of U.S. Highway 301, sit Chris Whitehead, Rhonda Hilburn, Emily Sexton, and Lynn Taylor. It’s Hilburn’s first visit to The Beefmastor. For the others, well, they’ve lost count, but they’re here at least once a month. They admit that there have been occasions when their name has made it to the top of the list, and they’ve asked to move to the back of the line because they aren’t finished with their pre-dinner tailgate.

Whitehead is sitting in a lawn chair, his drink in a Yeti tumbler. He and Sexton look a little puzzled when asked about the appeal of waiting for a table while 18-wheelers rumble past. He replies, but the words are carried away as a tractor-trailer hauls its cargo southwest toward the arterial flow of Interstate 95. 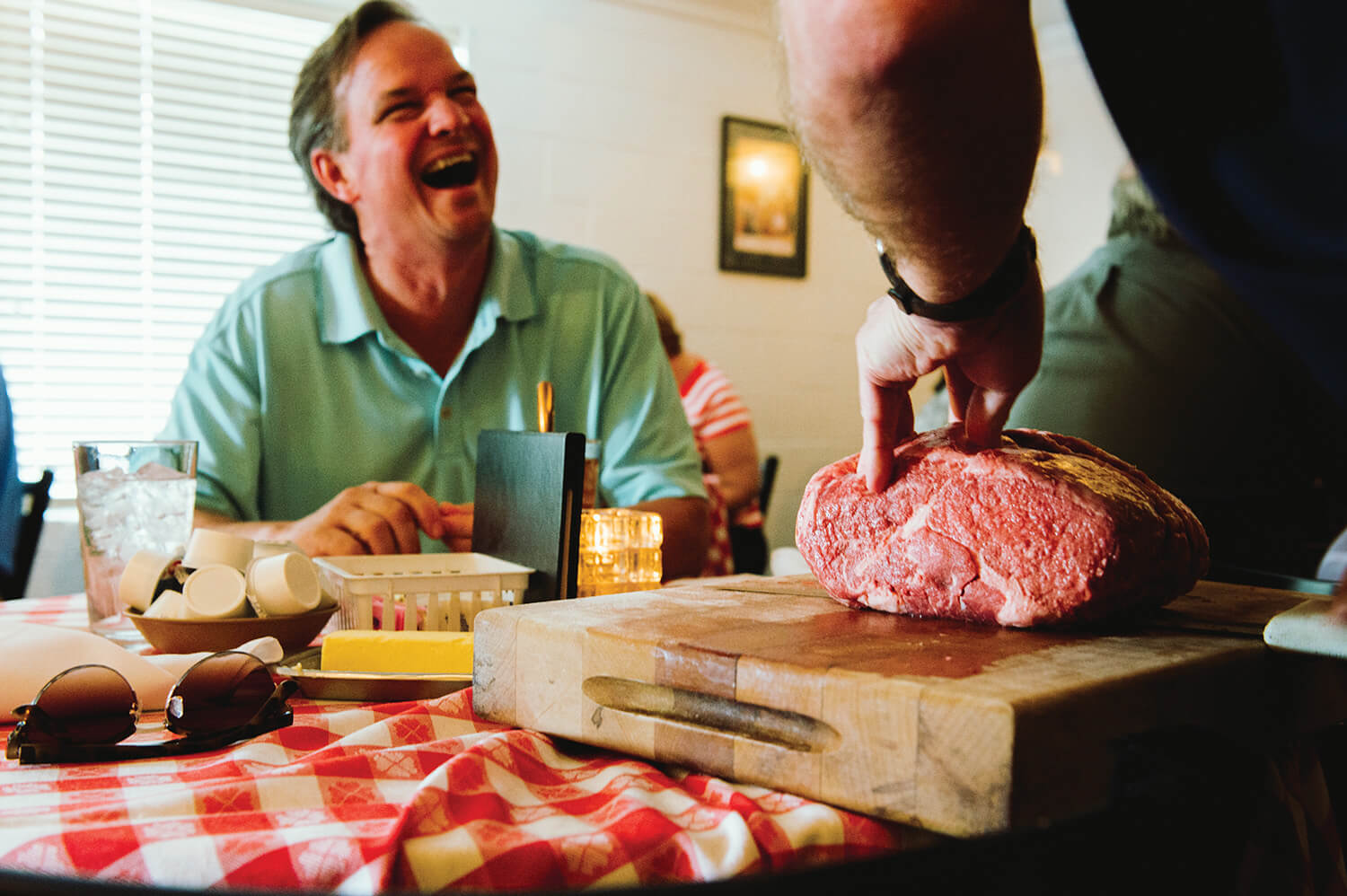 No one in the parking lot seems to consider the wait time a hassle. Instead, it’s part of the experience, as much a part of The Beefmastor as the rib eye. Inside, there’s little evidence of the party going on outside. Couples are on dates. Families celebrate birthdays. This looks like a Friday night at a steakhouse.

Outside, there’s little sign of the intensely flavorful steaks that would make someone like Chip Rossi — currently perched on the side of a gray pickup truck with a group that includes his brother, Pete, along with his friend, D.J. Parris — make the almost-three-hour drive from Little River, South Carolina. This looks like a Saturday afternoon before a football game on a college campus.

Somewhere in the middle, combining the two like few would dare, and even fewer would execute competently, there is The Beefmastor. Is it a tailgate party with really good food? Or a restaurant with a really lively waiting area?

It’s mentioned that perhaps The Beefmastor could expand, maybe add a few tables and serve more customers each night.

Parris looks appalled. He sits his drink down on the tailgate of his truck. “I don’t want them to get any bigger,” he declares. “The more tables they have inside, the less time there is for tailgating
outside.”