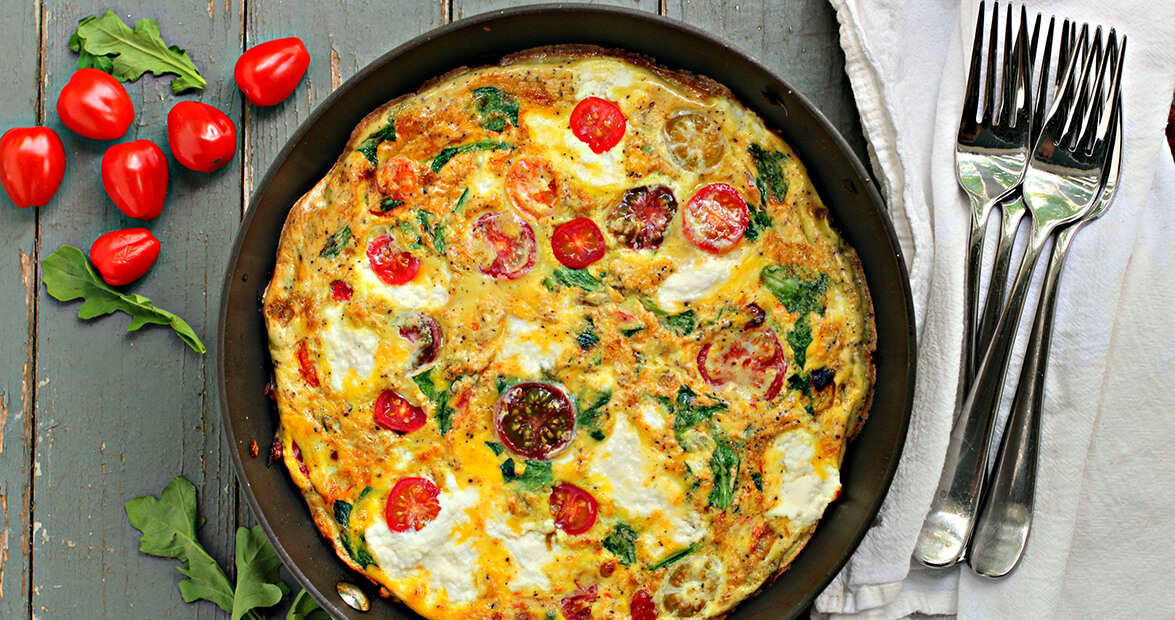 In a skillet, heat olive oil over medium high heat. Once hot, add onion, season with salt and pepper, stir to combine, and reduce heat to medium.  Cook the onion until soft (approximately 5 minutes), then add the garlic and cook one minute more. Gently fold in the cherry tomato halves and arugula, season once more with salt and pepper.

Meanwhile, in a large bowl, combine eggs, ½ tsp salt, ¼ tsp black pepper, and parmesan cheese. Whisk to combine. Pour the egg mixture into the skillet, and use a spatula to evenly arrange the ingredients. Cook for a few minutes, until the sides begin to set, then remove from heat. Using a spoon, dollop the ricotta cheese on top of the eggs.

Remove from oven and allow frittata to cool. Slice and serve.