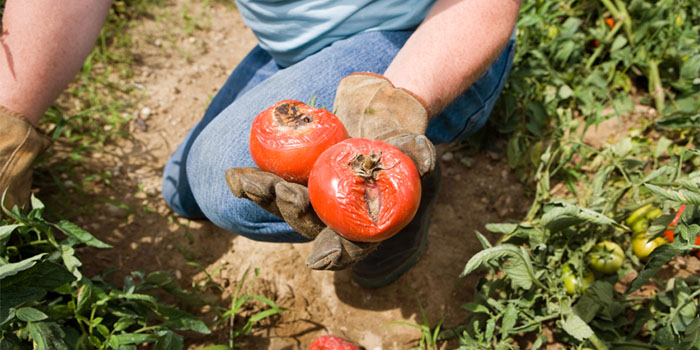 Here’s a tough question: would you rather grow tomatoes or walnuts?

As southerners, we hold the veritable tomato plant in high esteem. Whether green and fried, or sliced fresh from the garden, we have no trouble finding ways to enjoy the fruit.

Though we cannot push aside our love of traditional banana nut bread and black walnut pound cakes. By themselves, cracked walnuts even make for a delicious and nutritious snack.

So why can’t we grow both tomato plants and walnut trees? Simply put, a disease called walnut wilt. Some may not call it a disease per say, but rather a matter of one plant being in the wrong place at the wrong time.

Black walnut trees produce a toxin through their leaves, nuts, and roots. This toxin is called juglone and is used by the tree to kill off other plants that compete for water and nutrients. This is a natural self-preservation tactic called allelopathy. Other trees, such as certain maples and oaks, also produce these toxins. However, none produce toxins to the extent of the black walnut.

Tomatoes may grow successfully in the vicinity of a black walnut tree for a while. Yet as the tree and its root system grows, it will eventually reach the garden.

Symptoms of walnut wilt are sudden and dramatic. In one day, a plant with nice, green tomatoes can severely wilt. Within a few days, the plant may be fully dead. Once the disease affects a plant there is no remedy.

Growing tomatoes in raised beds may help for a while as long as soil is brought in from another location. Though eventually this soil will be affected also.

Though tomato plants are the most common victims, walnut wilt may injure other plants, including: potatoes, asparagus, azaleas, blueberries and rhododendron.

While not a quick solution, removing the walnut tree is the only way to prevent walnut wilt long-term. Though even after the tree is gone, roots in the soil will continue to give off juglone for at least two years.

If you have walnut trees your best bet is to buy your tomatoes from you local farmers market. Maybe they’ll trade you for a few cracked walnuts. 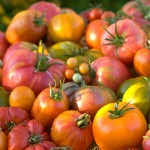 There is nothing quite like the taste of a fresh homegrown tomato.

They make for the perfect summer sandwich: a colorful, juicy slice hanging off the sides of the bread, a smear of Duke’s mayonnaise, and a light sprinkling of salt and pepper.

The window of time for growing heirloom tomatoes is quite small. So when they’re in season, we preserve every delicious drop in salsas, soups, sauces, and juices. While some people are fine with selecting beautiful hybrid plants from greenhouses, true tomato aficionados are only satisfied with heirlooms.

Donna Teasley is an extension agent in Burke County.