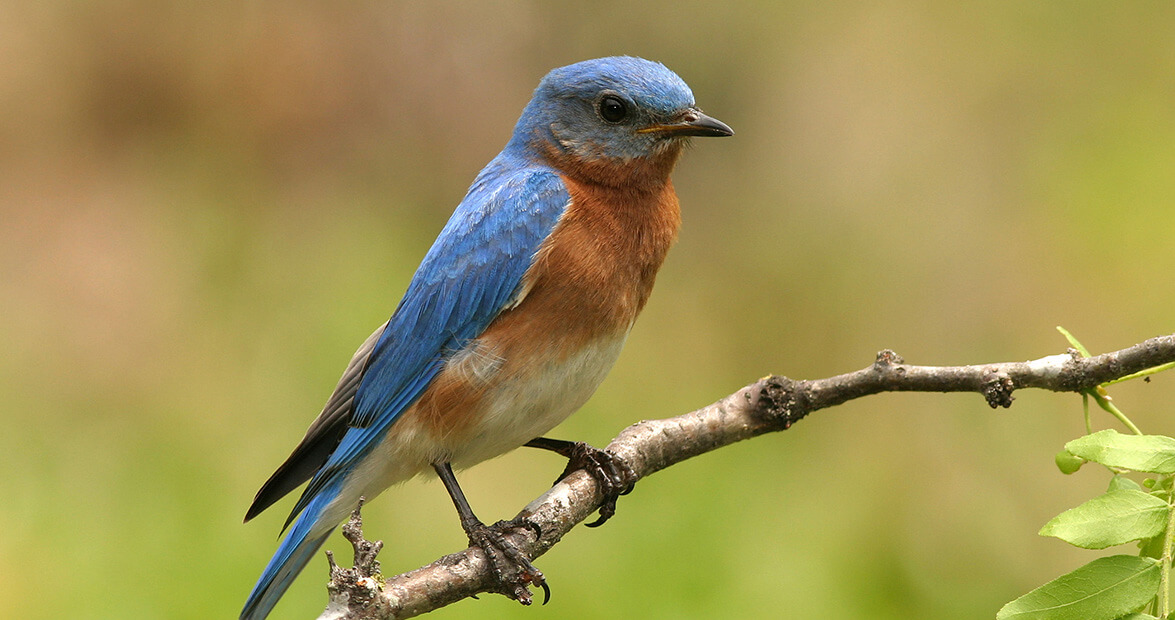 In my neck of the woods, bluebirds are king.

They are voracious insect eaters, so gardeners have to love them. In this way, they’re a lot like bats, but considerably more beautiful. In 1979, the U.S. Fish and Wildlife Service declared bluebirds rare. Due to conservation efforts of birders and an educated populace, Eastern Bluebirds have made a significant and fortunate come back in numbers over the past two decades.

Bluebirds don’t migrate from their backyard habitat if there is adequate food and suitable nesting sites. Several bluebirds showed up around my birdhouses back in February, I assume, surveying our yard for potential nesting sites. It caught me by surprise because the males were bright blue, instead of the dull blue they donned before the winter season.

One of the Piedmont’s most notable bluebird enthusiasts is Bill Abbey. His work at Tanglewood Park in Clemmons, N.C. earned him accolades for his bluebird projects aimed at increasing nesting sites for this species. I spoke with Mr. Abbey recently after his annual seminar at the Winston-Salem Wild Birds Unlimited Shop to get some advice on luring and keeping bluebirds around my home.

According to Mr. Abbey, “You have bluebirds around your home because you have native plants. Natural vegetation is the best draw for bluebirds, and our woodlands have numerous berry-producing shrubs and seedpods especially in the fall season.”

First, you must realize that these “cavity dwellers” have unique needs as it relates to egg laying and food supply. Over the years, I have observed small flocks of bluebirds working the neighbor’s pastures for food. The open fields appeal to their instincts for stalking their prey. Wooden fence posts were once a great source for nesting, but most have been replaced with metal posts. Old apple trees were another prime nesting location, but apple orchards are few and far between these days. With thousands of acres of farmland and forests lost to expanding subdivisions and urbanization, natural cavities suitable for nesting have disappeared.

During the late winter and early spring, bluebirds may need help to survive through some human intervention. When insects are scarce these songbirds forage for food at our feeders. Their favorite food is freeze-dried mealworms. Bluebirds should find your backyard feeding station when you offer them mealworms or “shelled” seeds. A protein source is important as they begin to raise nestlings between April and August. By then, insects are normally plentiful. 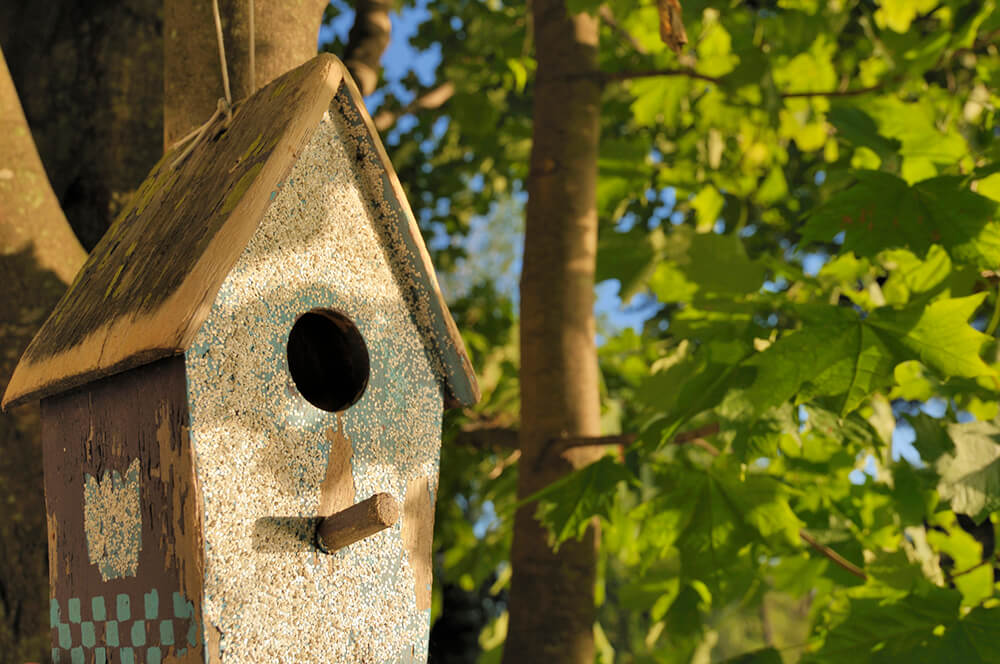 You still have time to construct a bluebird house before nesting begins. The birdhouse entrance hole should have a diameter of 1-½ inches. Bigger holes invite invasive species. It is important to remove old nests during the brood season and inspect for wasp nests. A bar of soap rubbed on the underside of the roof may help repel wasps. Monitor the birdhouses weekly and remove nests or eggs of opportunistic birds. Bluebirds construct nests using dried grass and pine needles. Their eggs are blue in color, not white like many birds. Fortunately, several broods of eggs are laid each year.

These references may be helpful: North Carolina Bird Watching by Cool Springs Press and The Bluebird’s Monitor Guide by Cornell University. For information on bird supplies, check out wbu.com. One of my favorite free publications, Backyard Habitats, is available through the North Carolina Cooperative Extension’s Forestry Department.

Information specifically related to bluebirds may be found through the N.C. Bluebird Society, whose goal is to increase bluebird populations in all North Carolina counties.

If you are new to the world of birding, you should seek out sage advice before you get started. While most of us have access to the same dozen or so species in our backyards, our habitats and landscapes will vary in geographic regions. Knowing what your favorite songbird requires and enjoys is the best way to maximize your birding experience.