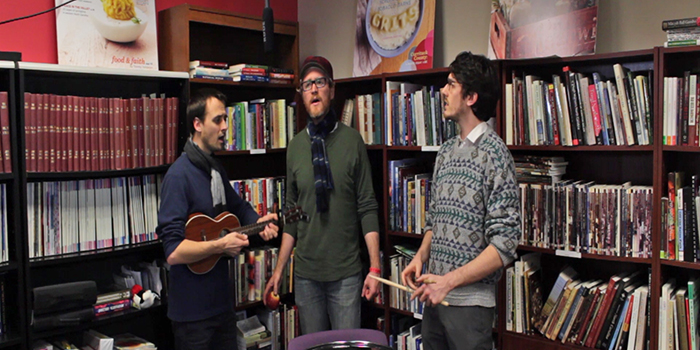 Bombadil is a NC based band whose music is a quirky, sophisticated twist on vintage pop, indie rock and alt/country, and are managed by the same team who manage the Avett Brothers. “…an indie record done right,” “…a combination of open-minded chamber folk and the bright and sunny pop music of the 1960s,” “…sounds like the folk/rock ‘Sgt. Pepper’s,'” and “…everything an indie record should be,” are just some of the comments from writers about the band’s most recent album, Metrics of Affection. -Ramsuer Records

Our Music in the Library series is bringing some of North Carolina’s best musicians into our offices, instruments in hand, to perform a song or two just for us. We’re filming these live performances and showcasing them on our website. See the performances at music.ourstate.com.