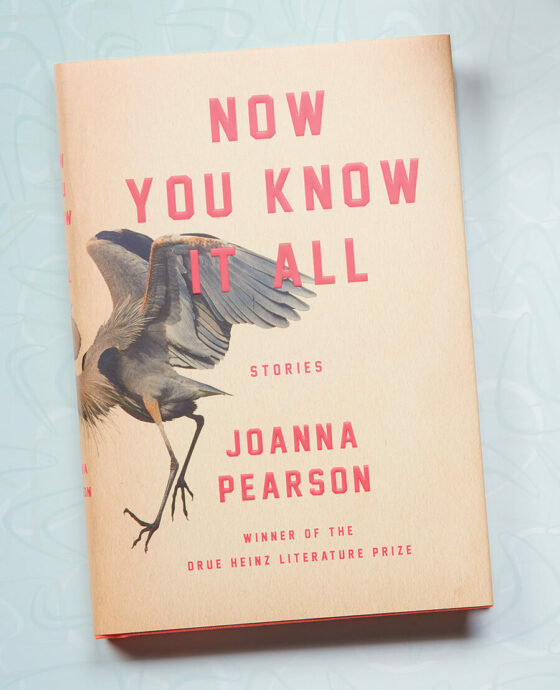 A waitress in rural North Carolina who’s running from her past; a college student traveling abroad; a new mother dealing with postpartum psychosis. In Now You Know It All, a collection of short stories by Chapel Hill writer and psychiatrist Joanna Pearson, these and other North Carolina women find themselves at turning points.

In the opening story, “Rome,” a college student on holiday in Italy slips away from her boyfriend, whose mind is drawn back to his family’s eastern North Carolina pig farm. She joins a tour group of evangelical Christians whose lives further confound and challenge her. “Boy in the Barn” follows two adult sisters who recall sleeping on the screened-in porch of their grandmother’s Burke County home, where they hear a “weird subhuman hollering” that draws them from their cots to investigate dark secrets. In “Darling,” a waitress whom the narrator once knew reveals that she suffered horrific abuse while far from home; the narrator loses her but gains the ability to see others more clearly.

Readers will recognize familiar landscapes as they delve into each story. Though the settings lean gothic — small-town diners and empty roadsides, cemeteries and dusty attics — each place and character reflects more than darkness and unease; they offer insights into the lives and homeplaces that we can’t leave behind.

Although these characters are fictional, women like them can be found in every North Carolina city, town, and gravel-road municipality. They act not only as people with whom we can relate but also as warnings, invitations, and reflections of our current moment.