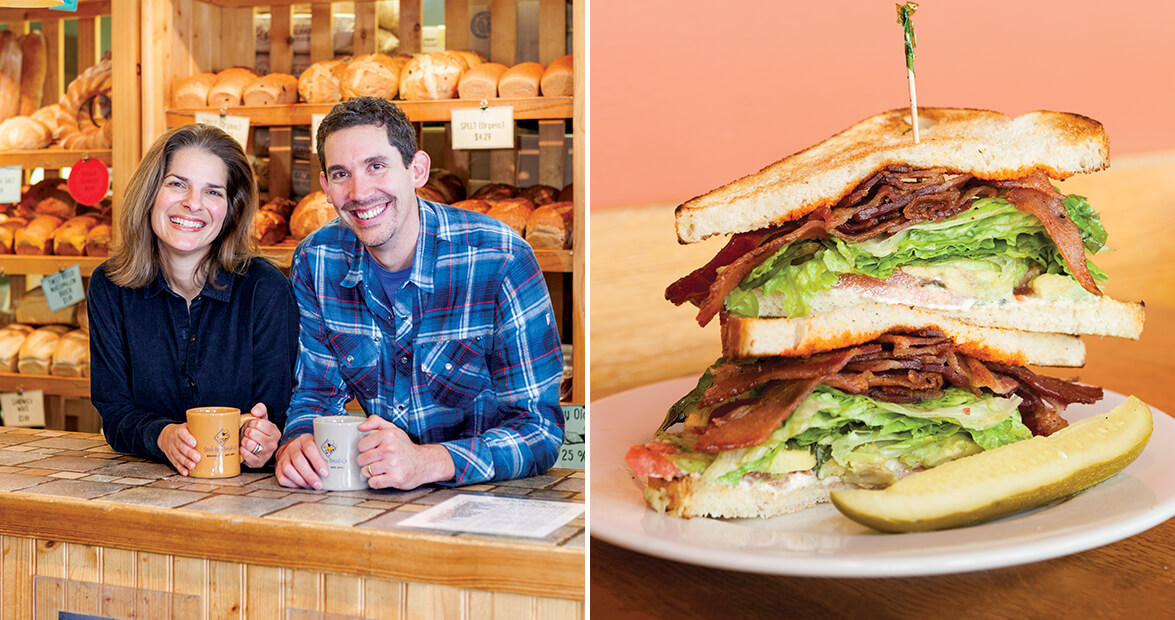 Carson and Mindy Coatney had never worked at a bakery. But a visit to one in D.C., soon after the new millennium, switched on a light bulb: Their hometown, Boone, needed this. So the couple juggled humble resources with their jobs at a nonprofit to open Stick Boy in 2001. Then, the operation had two employees, in addition to the Coatneys. Now, between the original location and its sequel, Stick Boy Kitchen, the staff exceeds 70. At Stick Boy Kitchen, the bakery’s breads are dressed up as sandwiches, like a BLT with avocado and Sriracha mayo on sourdough. (Don’t forget a magic cookie, with chocolate chips, coconut, pecans, and marshmallows, for dessert.) Even with its expansion, “what has stayed the same is the sense of community,” says Abby Willis, longtime manager and Mindy’s sister. “We’ve seen the same people in here for the last 15 years.”

Stick Boy has been so successful in Boone that owners Mindy and Carson Coatney partnered with a former employee to open a location in Fuquay-Varina.