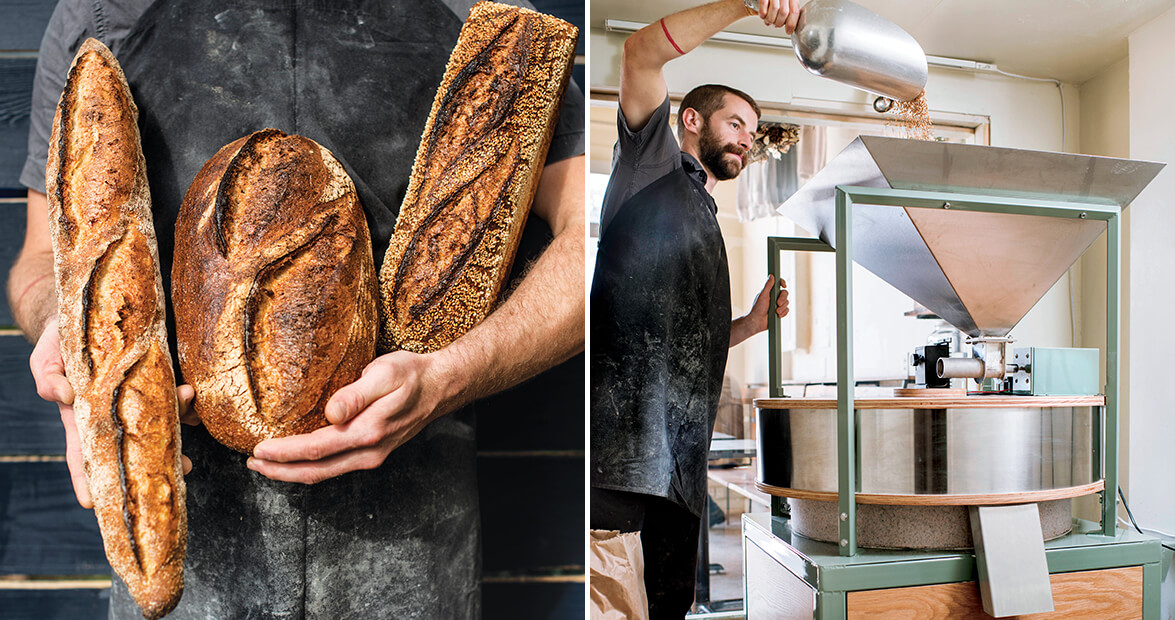 The mill at Boulted Bread weighs a thousand pounds — all pink granite stones and steel framing. It was built by one of the bakery’s three owners, Fulton Forde, and lives in the front of the shop, where customers watch bakers grind spelt, einkorn, wheat, and rye. “Everything begins there,” co-owner Joshua Bellamy says, rolling cornmeal-flecked baguettes beneath floury palms. It’s Sunday, long before sunrise. Soon, there will be an out-the-door line — for cultured-butter croissants, grits bread, and Benton’s ham bialys. The line and the business are guided by Sam Kirkpatrick, Boulted’s third co-owner. “Having the mill up front is a constant reminder of pushing for flavor,” Bellamy says. “The best way to do things is often the harder way to do things. But in the end, it’s worth it.”