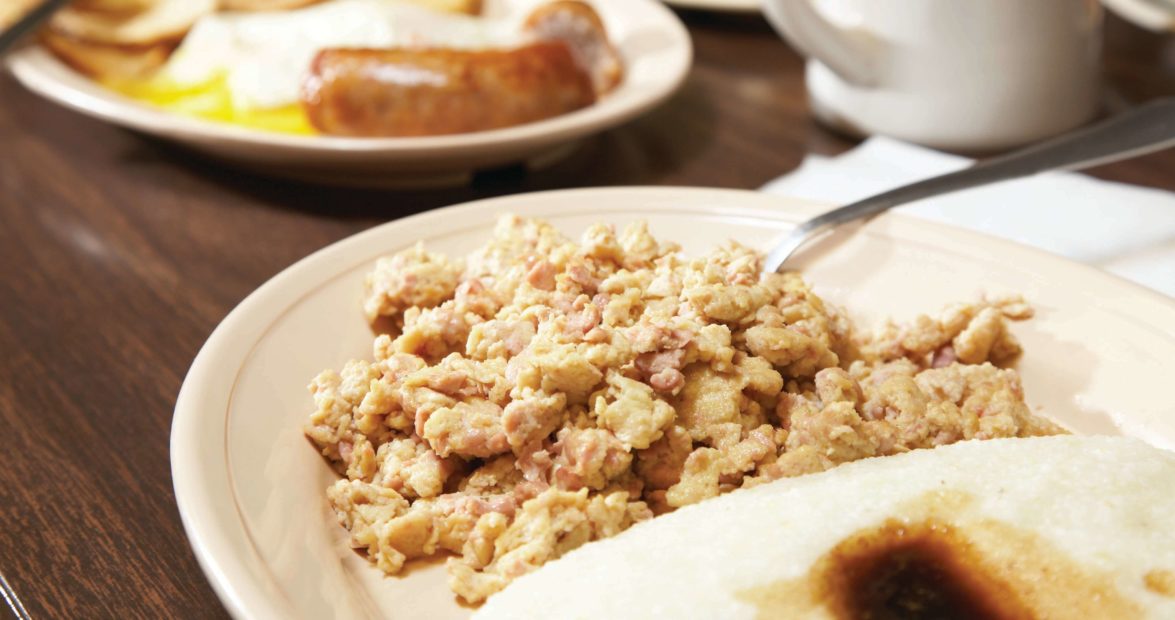 If you can get Theresa Grissett away from the griddle long enough to ask whether her restaurant offers anything out of the ordinary, she’ll pause and then tell you, “No, not that I know of.” Helen’s serves brains and eggs, Pender County’s Clark’s Sausage, Wayco Country Ham from Goldsboro, liver pudding, plus chitlins and chicken and pastry at lunch. There is nothing out of the ordinary about any of that, “unless you’re from up North,” says Grissett, daughter-in-law of the restaurant’s founders, James Grissett and his wife, Helen.

Grissett and her husband, Billy, took over the restaurant in 2000. “I’ve got a good crew,” she says, which includes her daughter, Heather.

Regular patron Larry Johnson loves the ham biscuits but thinks most people frequent Helen’s because of the service. Johnson broke both of his feet when he fell off a roof in 1993 and was in a wheelchair for months.

“The entire time I stayed in that wheelchair, Mr. Grissett would bring food to my house. And then when I got to where I could get out, he would let me drive to the back door of his business, and he’d bring me a biscuit,” Johnson says. “That’s something you don’t get everywhere.”

Don’t miss:
The brains and eggs.