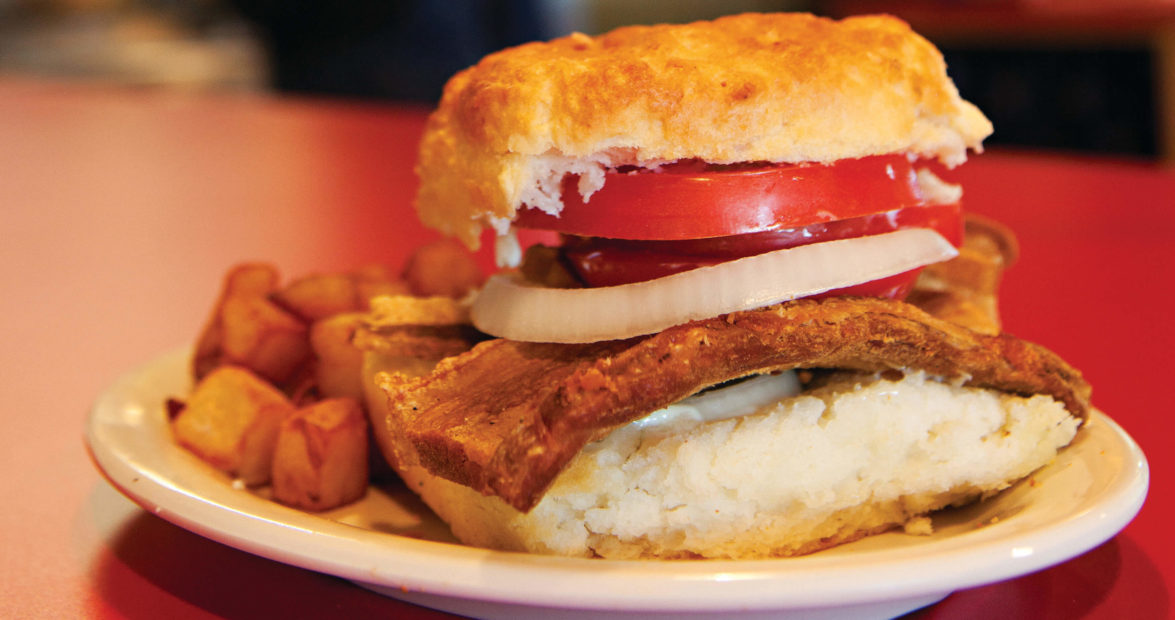 First, a little history: Jackie Watkins, son of “Big Ed” Watkins of Big Ed’s City Market Restaurant downtown, originally opened Raleigh’s State Farmers Market Restaurant on Hodges street in 1955. The popular restaurant moved out into the country along with the market in 1991.

Nowadays, where cows from the North Carolina State University agriculture farm once grazed, businessmen and women on their way to work break bread with farmers and market-goers.

The pastoral setting and country cooking suit Myra Tyner Godwin. “It reminds me of the down-home country breakfasts that my mama used to make for us on those mornings when we were up early to barn tobacco,” says Godwin, a Whiteville native.

Gypsy Gilliam, who started Gypsy’s General Store at the Raleigh-Durham International Airport and opened Gypsy’s Shiny Diner in Cary, runs the restaurant. She took over in the summer of 2002, changing neither the decor nor the menu.

In fact, you can still order the special that the late Sodfather (former agricultural commissioner Jim Graham) favored — a biscuit stuffed with streak-of-lean fatback, tomato, onion, and mayonnaise.