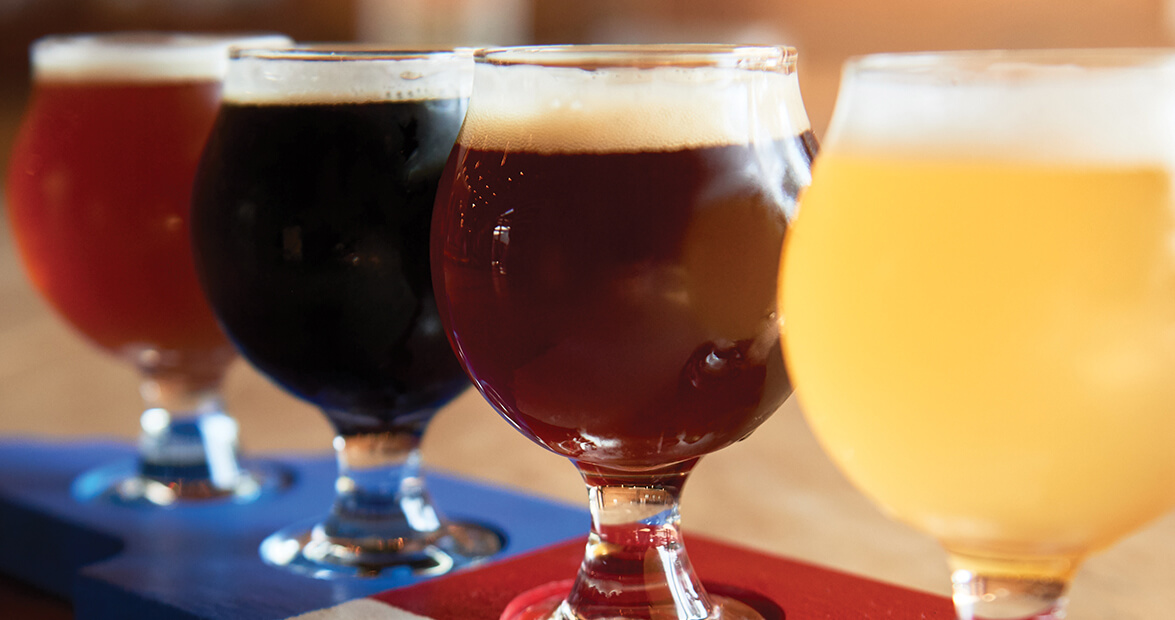 Britt Lytle leans back into one of the cozy outdoor couches near a fire pit on Brown Truck Brewery’s patio in High Point, a beer in his hand and a smile on his face.

The Badass Run Club has assembled, pre-jog. A few folks, still in their office khakis, are knocking back pints. Two kids scramble over a cornhole set. “That,” Lytle says, “is what it’s about.”

When Lytle and his business partner, John Vaughan, opened this microbrewery in 2016, good craft beer was a given. But it was just as important to them that their brewery be inviting, even for people who don’t consider themselves big beer drinkers. 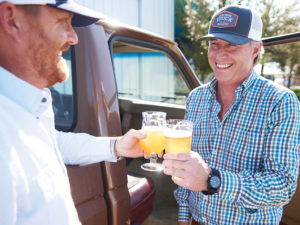 Neither Lytle nor Vaughan had any expertise in brewing, just a friendship that had evolved with their shared interest in craft beer. They visited breweries together, wishing they had something similar closer to home, inspired by the way the spaces brought people together. So one day, instead of wishing, they decided to take matters into their own hands.

Accessibility has been central to Brown Truck from the start. In an industry where clever names feel like a competition, they keep it simple. When head brewer Ian Burnett started working on test batches, he’d assign each one a number, and as the team sampled the beers, that’s what they called them: #10 American Light Lager, #4.5 Dry Hopped Saison. The system stuck. “It’s much less confusing,” Burnett says. “The drinker doesn’t have to wonder what they’re about to have.”

Even the name of the brewery itself, inspired by Lytle’s lovingly restored 1986 Ford F-150, reflects Brown Truck’s mind-set: “There’s something about a truck — [it’s] utilitarian, reliable,” Lytle says.

In its first year of operation, Brown Truck Brewery brought home gold from the Great American Beer Festival, winning Very Small Brewing Company and Very Small Brewing Company Brewer of the Year, along with gold and silver medals for three of its beers. “It totally caught us off guard,” Lytle says. “We just wanted to see what the winners looked like, to taste their beer, to see if we could come up to that level someday. So to then win the awards — and not just the awards, but the category that we did — it was kind of surreal.”

These days, new breweries might be looking to them for inspiration. In October, they won a gold and six silvers at the NC Brewers’ Cup, and weekend crowds in the taproom are often standing-room only. “It’s more than we could have ever imagined,” Vaughan says. But it’s also exactly what he and Lytle pictured back when they were just dreaming about their little brewery. Good beer and good people.