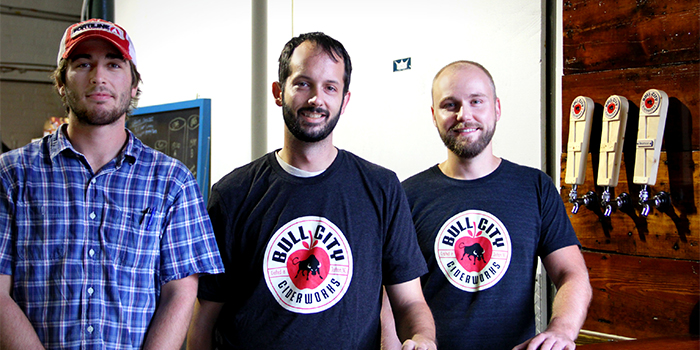 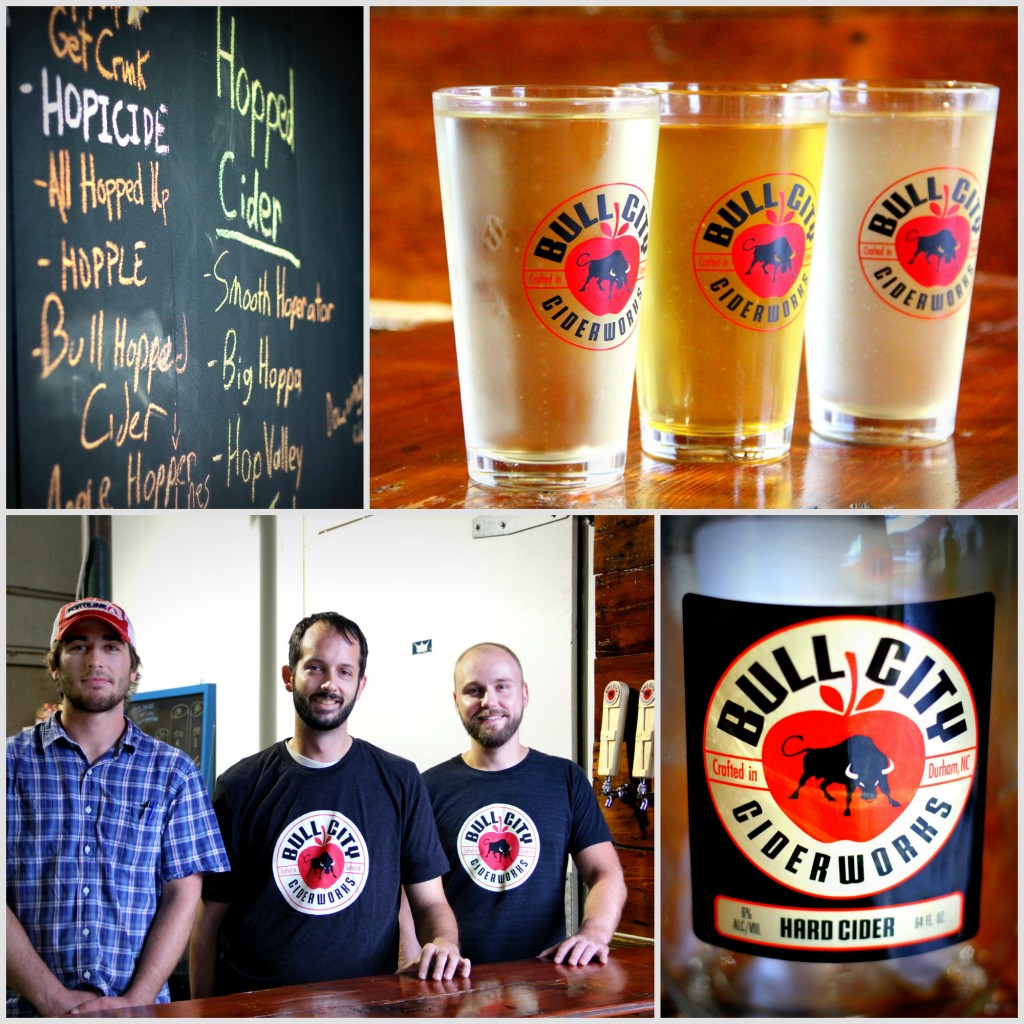 Bull City Ciderworks crafts hard cider using locally-sourced apples from Perry Lowe Orchards. Todd Lowe operates his third-generation family orchard with his family in Moravian Falls. He has revolutionized the operation by investing in an apple press and growing 24 apple varieties on a 100-acre orchard.

Ryan Bogard, one of the founders of Bull City Ciderworks, moved back home from Boston to Durham in the summer of 2013. Bogard risked his career in biochemistry and a Ph.D. program at Harvard Medical School to turn his dreams of making hard cider into a reality. After searching for months for a North Carolina farmer and trying apples from all over the state, Bogard and his business partner, John Clowney, toured Perry Lowe Orchards. 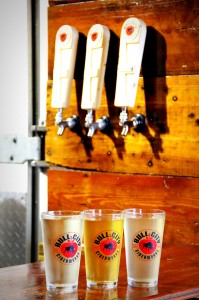 Bogard and Clowney immediately knew Lowe was the farmer to partner with in the Bull City Ciderworks project. Bogard describes Lowe as “a trustworthy farmer who is obsessed with apples.” During their initial meeting and tour of the orchard in the fall of 2013, Lowe was constantly eating apples. He also told Bogard and Clowney that during apple season, he usually eats around 20 apples a day.

Lowe was previously selling his apples as deer apples and saw the Bull City Ciderworks project as an opportunity to produce a value-added product. Lowe purchased an apple press several years ago when hard cider was becoming a trend on the West Coast. Lowe’s passion for apples and his ability to press juice from 24 apple varieties were huge selling points for Bull City Ciderworks. With a verbal agreement and a handshake, Perry Lowe Orchards began pressing apples, and Bull City Ciderworks was in business.

The Bull City Ciderworks team has come a long way since the summer of 2013. The initial 30-gallon cider batches were made in Bogard’s backyard and took around 16 hours to process. After months of experimentation and a few failed attempts – like producing jelly instead of hard cider – Bull City Ciderworks now sells delicious hard cider out of their urban cidery in a Durham warehouse.

Off Main is Bull City Ciderworks’ flagship cider, a semi-sweet cider that contains Stayman’s Winesap, Golden Delicious, Fuji, and Pink Lady apples. Sweet Carolina is the same base as Off Main but includes locally-produced honey from Hillsborough. Honey is added halfway through the fermentation process to give Sweet Carolina a slightly sweeter touch of honey with higher alcohol to balance. Another cider, which will be available later this fall, is Brightleaf, a dry cider that contains Gold Rush, Pink Lady, and Stayman’s Winesap apples. 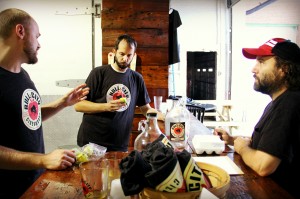 Bull City Ciderworks also produces unique ciders using tea leaves and hops. Steep South, their tea cider, is an off-dry cider that contains cold steeped tea. Plans to partner with a local tea farmer are in the works. Their current year-round hop cider, Smooth Hoperator, is a dry cider with a great aroma that uses dry hops from Washington state. They plan to create a seasonal wet-hopped cider using fresh hops from two North Carolina farms: Three Horse Hop Farm and Farm Boy Farms. This seasonal cider will be a true India Pale Cider with bittering on the back end and aroma up front.

Although it is a risky process working with one orchard, Bull City Ciderworks plans to continue their relationship with Perry Lowe Orchards to offer affordable hard ciders. Lowe is excited to plant new apple varieties exclusively for the cidery, like Kingston Black and Newtown Pippin. What sets Bull City Ciderworks apart from other hard cider operations is that their ciders are created using 100 percent local apple juice, and high fructose corn syrup and sulfites are never added.

The Bull City Ciderworks team includes John Clowney, Ryan Bogard, Ben Ingold, Grant Griffith, and A.J. Nelson. Each team member has sacrificed their time and money to turn their dreams of an urban cidery into a reality.

Kristen Baughman is a freelance writer and also owns Gadabout Food, a social media and public relations consulting company based in Raleigh.