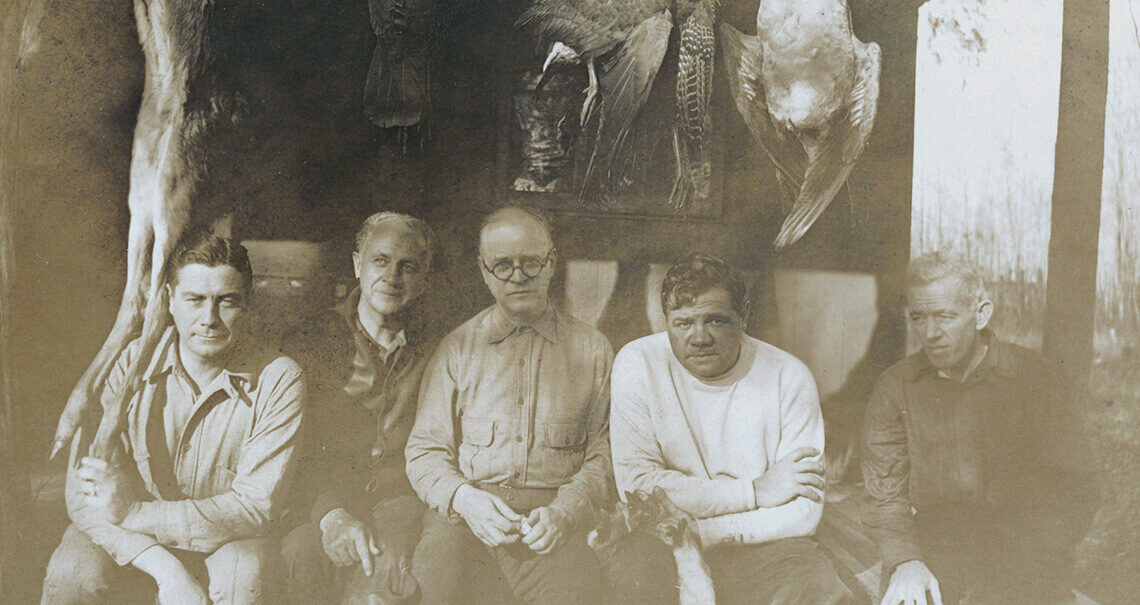 Carl Goerch always cherished the photograph from his early 1930s hunting trip to Camp Bryan in Craven County, where he’d met legendary New York Yankees slugger Babe Ruth. In the photo, the two disparate men sit side by side in front of their hanging trophies — a deer and some waterfowl. Although Ruth was an athlete and Goerch a journalist, they shared North Carolina ties: In 1914, Ruth hit the first home run of his career in Fayetteville for the Baltimore Orioles, and Goerch founded this magazine, formerly The State, in Raleigh in 1933. For Goerch, the photo stirred memories.

Goerch considered himself lucky to hunt with Ruth — until he learned they’d be bunking together. The first night, as they turned in, Ruth gruffed at Goerch, “Listen, bo; do you snore?”

“I certainly hope you don’t,” Ruth continued. “I’ve got a habit of hauling off and hitting folks when they snore.” Goerch likely slept with one eye open that night, unaware that he’d fallen victim to one of Ruth’s favorite practical jokes.

On the same trip, Goerch saw a gentler side of Ruth. During one outing, the hunting party was joined by an 8-year-old boy who adored the Babe. Ruth, a serious hunter, largely ignored the kid. At day’s end, though, Ruth — unprompted — grabbed the boy’s cap and scribbled, “Your pal, Babe Ruth,” on the brim.

Years later, Goerch ran into that boy, who had grown into a young man, and he still gushed about his autographed cap. Goerch couldn’t help but smile. It was another home run for the Babe.