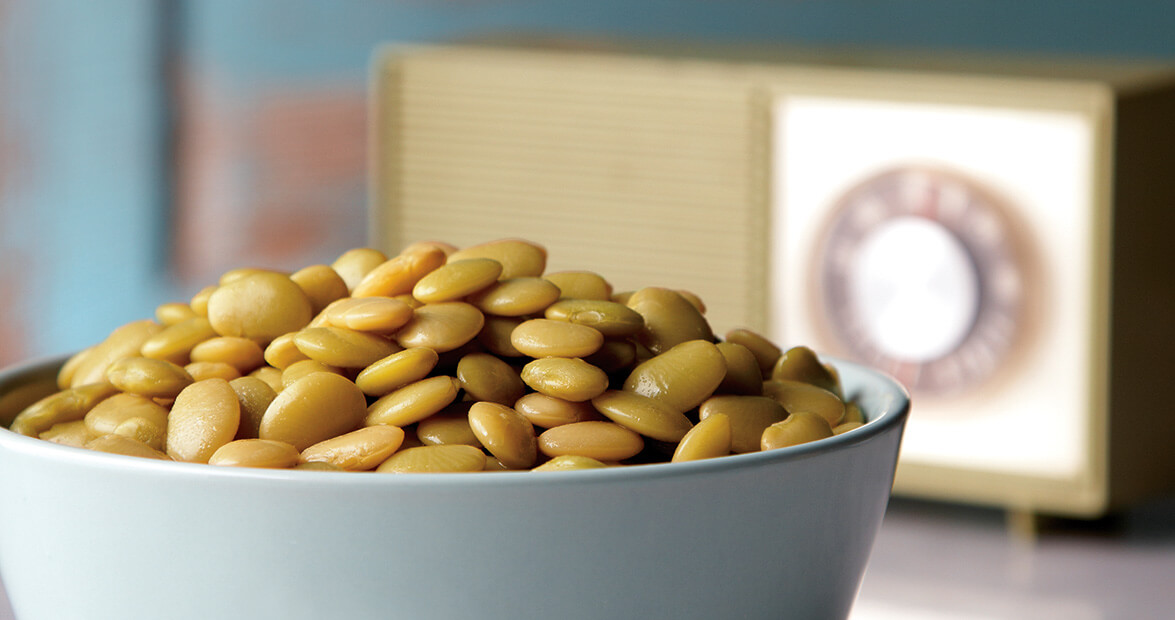 Is it an odd thing that legumes have so few songs written about them? It’s a mystery.

I would think the peanut might have inspired more tunes — peanut ditties — but no. And garbanzo beans, sugar snap peas, alfalfa, lentils, clover — none has inspired song like the butter bean. Why?

In appearance, the butter bean is unexceptional, colored the pale green of elementary school bathrooms, and shaped not like a fully formed adult bean, but as a bean struggling to become something else, something more than what it is, and failing. A butter bean is actually kind of sad to look at. Pitiable.

But a butter bean packs its own magic. It may look like an unremarkable bean, but in your mouth, it’s substantial and forthright, a bean who no longer has to justify its presence at the table. It’s subtle, but in the way of a bean who doesn’t have anything to prove.

It’s group-friendly. Eating butter beans alone is like drinking alone: You can do it, but it’s frowned upon.

Yet the same could be said of many a bean. Yes, a taste bud might cock its little head in surprise when the unprepossessing butter bean explodes in flavor all around it, but still — how does that explain the songs? The odes? The declarations of an almost cultish obeisance?

First, there was country singer Little Jimmy Dickens with his Big Hit “Butter Beans.” I encourage you to stream it online and listen to it as a soundtrack to this article, absorbing its fervent devotion. Here’s but one verse:

Wow. Is there any greater praise than this, any greater honor for the butter bean, than to be asked to be placed on your grave? It’s not pretty to think about, and would doubtless attract vermin of all sorts, but that really wouldn’t matter to you, you being dead and all.

The B-52s, a band that formed in Georgia and was a hot commodity in the ’80s, also wrote a song to the butter bean:

And even more recently, from our own Carolina Chocolate Drops:

Cornbread and butter beans and you across the table
Eatin’ beans and makin’ love as long as I am able
Growin’ corn and cotton, too, and when the day is over
Ride the mule and cut the fool and love again all over

This is all well and good, all these songs. Still. It’s just a bean. The question really becomes not why the butter bean, but why not the garbanzo bean? What about the fava or adzuki? Not a note has been crooned for these proud legumes.

The reason is that it’s not about the bean. It’s not about what it looks like or what it tastes like or how fitting a grave covering it might provide. It’s this: Butter beans — known as lima beans to people outside of the South — are like grits, biscuits, and barbecue. They’re a part of our culture. When Little Jimmy Dickens asks to be passed a bowl of butter beans, it’s not just the butter beans being passed — it’s history. These beans are marinated in the past. And they’re being passed to him by his grandfather, after his grandmother cooked them fresh in the kitchen, and he’s surrounded by love, warm in the arms of his family.

And that’s when the singing begins.

Here’s a close-to-home connection to the song “Butter Beans” that we thought you’d enjoy: For 20 years, Our State’s marketing development director, Amy Wood Pasquini, has sung a rendition at Rotary meetings, church functions, and other speaking events throughout North Carolina. Watch below.