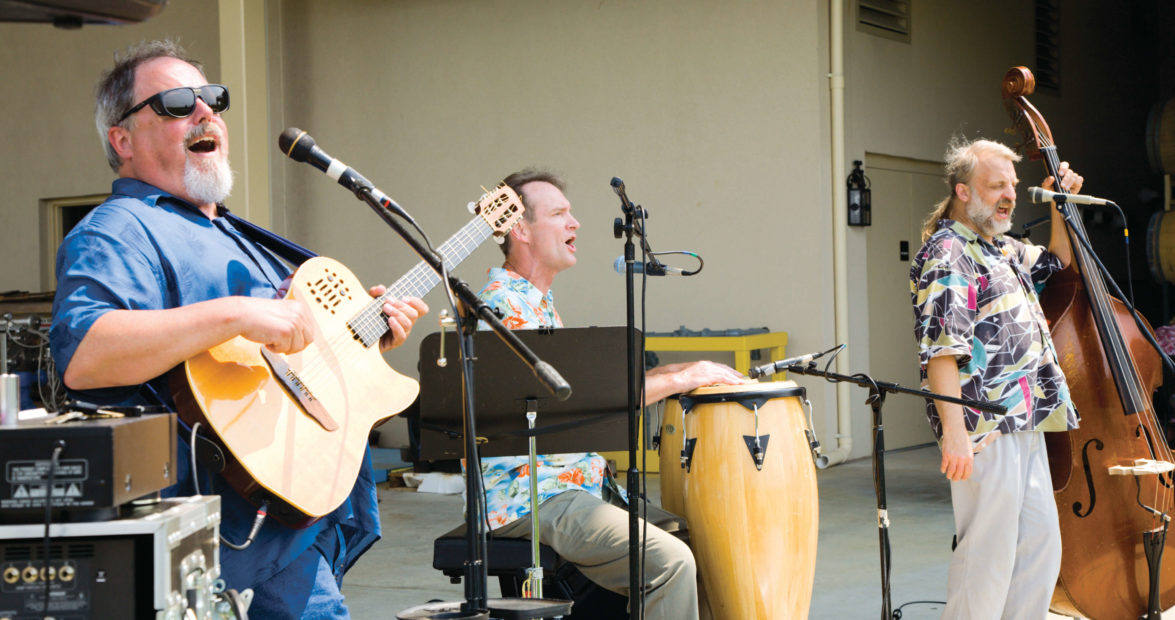 EDITOR’S NOTE: This story was originally published in September 2007.

Syndicated radio host George Jellinek once observed, “The history of a people is found in its songs.” Being based in New York City, he might not have ever visited the northwestern Piedmont of our state, but his words still ring true in a region rich with a music heritage that is not only indicative of its people but also illustrative of their diversity.

Another New Yorker, Elizabeth Carlson, found out firsthand about the region’s marvelous music heritage when she moved to Winston-Salem. And she decided to do something about it.

Carlson had been taught at an early age to not only appreciate history, but also to use the past to understand the present. “When I was a kid, I went to a summer camp run by [folksinger] Pete Seeger’s half brother in Hancock, Vermont,” she says. “I developed a love for traditional American music sitting around the campfire, hearing the sounds of the guitar and banjo played by members of the Seeger family. Those are happy memories that stayed with me.”

American cultural history became Carlson’s interest when she attended Princeton, where she majored in English and American studies. After doing graduate work, she taught school in Massachusetts and California. “My strength was bringing social studies to life through experimental learning involving music, drama, and food,” she says.

When her husband accepted a position at Wake Forest University in 1995, Carlson found herself a stranger with an inquiring mind in a strange land. She says, “I loved Winston-Salem from the first week I moved here but really didn’t understand where I was historically and culturally, and I was curious.”

Carlson’s curiosity quickly turned into a cause in 1998 after hearing “Across the Blue Ridge,” a radio show on local station WFDD that featured old-time music. After that, she remembers, “I was asking everyone I met about the music of this area, and just about everyone either played an instrument seriously or had a friend or relative who did. I’d never experienced anything like it anywhere I had lived. I had landed in one of the most musically rich areas of the United States. I was meeting people from the Moravian music world, the old-time and bluegrass worlds, the gospel world, and the jazz and blues worlds. It was just a matter of connecting the dots.”

The dots came together as Carolina Music Ways (CMW), a group Carlson was instrumental in organizing that is made up of area educators, historians, radio hosts, and musicians. It was an informal group at first, but in 2003, it matured into a nonprofit organization. To keep the project manageable, CMW concentrates on a six-county area consisting of Surry, Stokes, Yadkin, Forsyth, Davie, and Davidson — essentially the northwestern Piedmont.

The mission of CMW is to inspire appreciation of the region’s six musical genres through either playing or by simply attending events and enjoying the music. The organization’s website lists events across the six counties and provides detailed backgrounds on the area’s musical history.

Carolina Music Ways also organizes heritage music events, and one of its first remains fresh in Carlson’s mind. “It was at the public library in downtown Winston-Salem in 2002,” she says. “The concert culminated in a jam session consisting of jazz musicians from Winston-Salem, bluegrass musicians from Stokes County, acoustic-blues musicians from Davie County, and an old-time string band from Davidson County. Audience members and the musicians on stage had never experienced anything like it. Carolina Music Ways board member and jazz trumpeter, Joe Robinson, still talks about it to this day and refers to it as one of the most memorable experiences of his life.”

Two other CMW events were held at Old Salem in 2003 and 2004, but memories of the magic from their inaugural event in 2002 has inspired the organization to, according to Carlson, “take it to the next level this fall.”

At the upcoming Bricolage Arts Festival, a Triad-wide event debuting November 1-4, Joe Robinson will be teaming up with another CMW board member, Mel Jones, who is also a country, blues, and bluegrass musician from Davie County.

“The music program they’re creating especially for the Bricolage Arts Festival will take the audience on a musical journey through time,” says Carlson, “showcasing the early rural music styles in our region, including acoustic country, blues, early gospel, and old-time string-band music, and show how these styles led to the creation of the straight-ahead urban jazz Joe Robinson performs today.”

So what else is in store for the organization? “Carolina Music Ways’ plans for the future depend on funding and support — which we’re optimistic is out there,” Carlson says. “Future plans include a compilation CD featuring heritage musicians from our region, an audio archive of area music traditions that will be accessible to the public, an educational outreach program in area schools, expansion of our website to include more information on area musicians, a radio-show pilot, and, long term, a regional music heritage center.”

Through the efforts of Carolina Music Ways, the tunes of long ago are poised to become the foundation for the future. The history of a people can, indeed, be found in its music, which makes residents in the northwestern Piedmont the most fortuitous of people, for now they have easy access to a living, diverse heritage that can be played, studied, and, above all, enjoyed.

Perhaps Jones sums it up best: “Our region is pretty much the cultural crossroads of North Carolina, with the Scotch-Irish, African-American, and English found throughout the South joined by the Moravians in what became one of the earliest industrial areas of the state. We are proud to have an amazing mix of … styles of music that have been played here since these cultural and historical currents made them happen. CMW’s efforts in this direction have made even longtime residents here realize the value of this resource.”

And he finishes with kudos for a newer citizen to the area: “Elizabeth Carlson is a tireless worker with an amazing will to see that this is accomplished.”