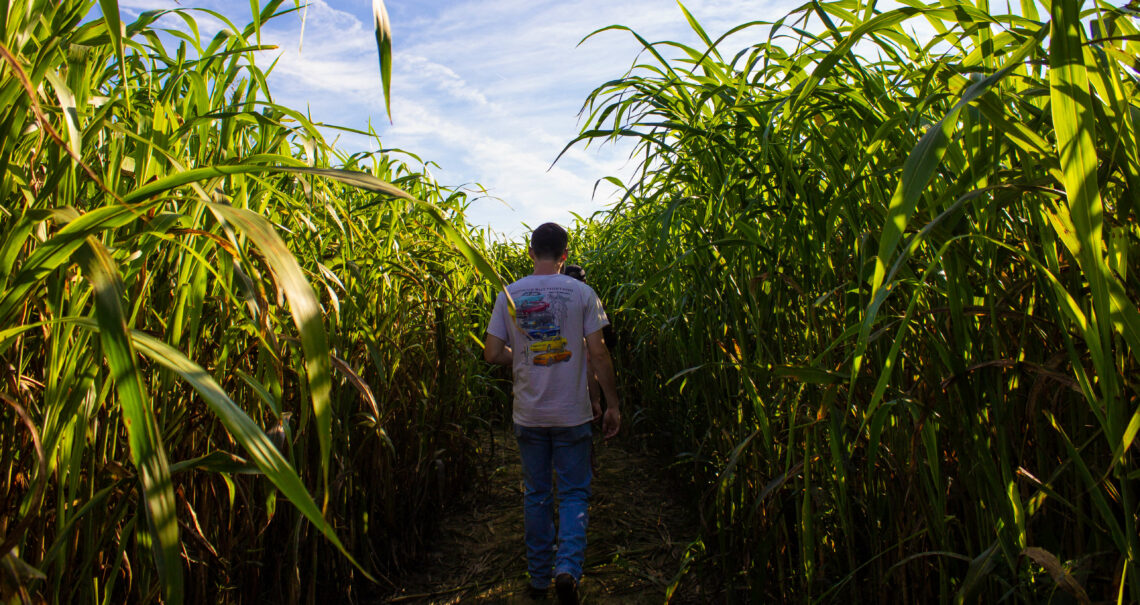 Before the leaves begin to tumble, fall opens its doors for us to come outside and enjoy the best of seasons. What better way to take in the crisp air than with a day trip to a place that has bright blue skies, colorful autumn leaves, and the best family fun that fall has to offer?

Take a ride to Wayne County, and you’ll come home full of happy memories of the season. Here are three of our favorite fall pursuits to help you make the most of your visit.

Nightlife just got much brighter

We could go on about our scenic parks, historic sites, and legendary BBQ joints, and brag about the daily airshows we witness as F-15E Strike Eagles soar across our skies, but what Goldsboro’s appeal really boils down to is its originality. 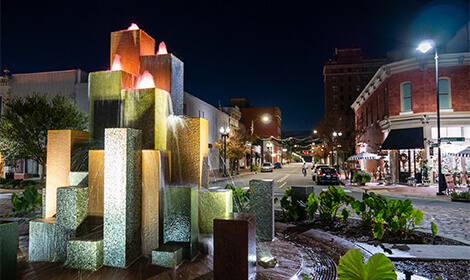 Take the Ghosts of Goldsborough Tour

The site of the Civil War’s Battle of Goldsborough Bridge, where 15,000 soldiers fought in December 1862, the battlefield comes alive this time of year, Bailey says. “In the fall, the closer you get to December, the more active it is. Ninety percent of the time, you’ll see something.”

On the battlefield tours, Bailey carries a laser grid and an EVP. “That’s an electronic voice phenomenon,” he explains. “You ask questions, and you get answers. And the laser grid splits a laser pointer into thousands of little dots. When something walks in front of it, the dots take that shape.”

For the downtown tours, Bailey swaps his tools for good old-fashioned storytelling — with results. “I get a lot of people who’ll say something like, ‘My wife made me come down here, I don’t believe in any of this junk.’ But then when it’s over, they’ll say they can’t believe it. They never thought anything like this existed. Personally, when I go on ghost tours, I think, if you’ve got a ghost story, that’s great,” Bailey says. “But if you can experience something, it’s not just a story — it’s a fact. That’s how I strive to do my tours.”

Bailey, a history buff who grew up in Wayne County, loves the opportunity his ghost tours give him to share Goldsboro’s history with locals and visitors. Like the fact that Abraham Lincoln had lunch downtown. And that Sherman marched through Center Street, and the Civil War soldiers camped in the exact spot of his tours. “We have so much history here,” he says. “I hope people will leave having a greater respect for that.” 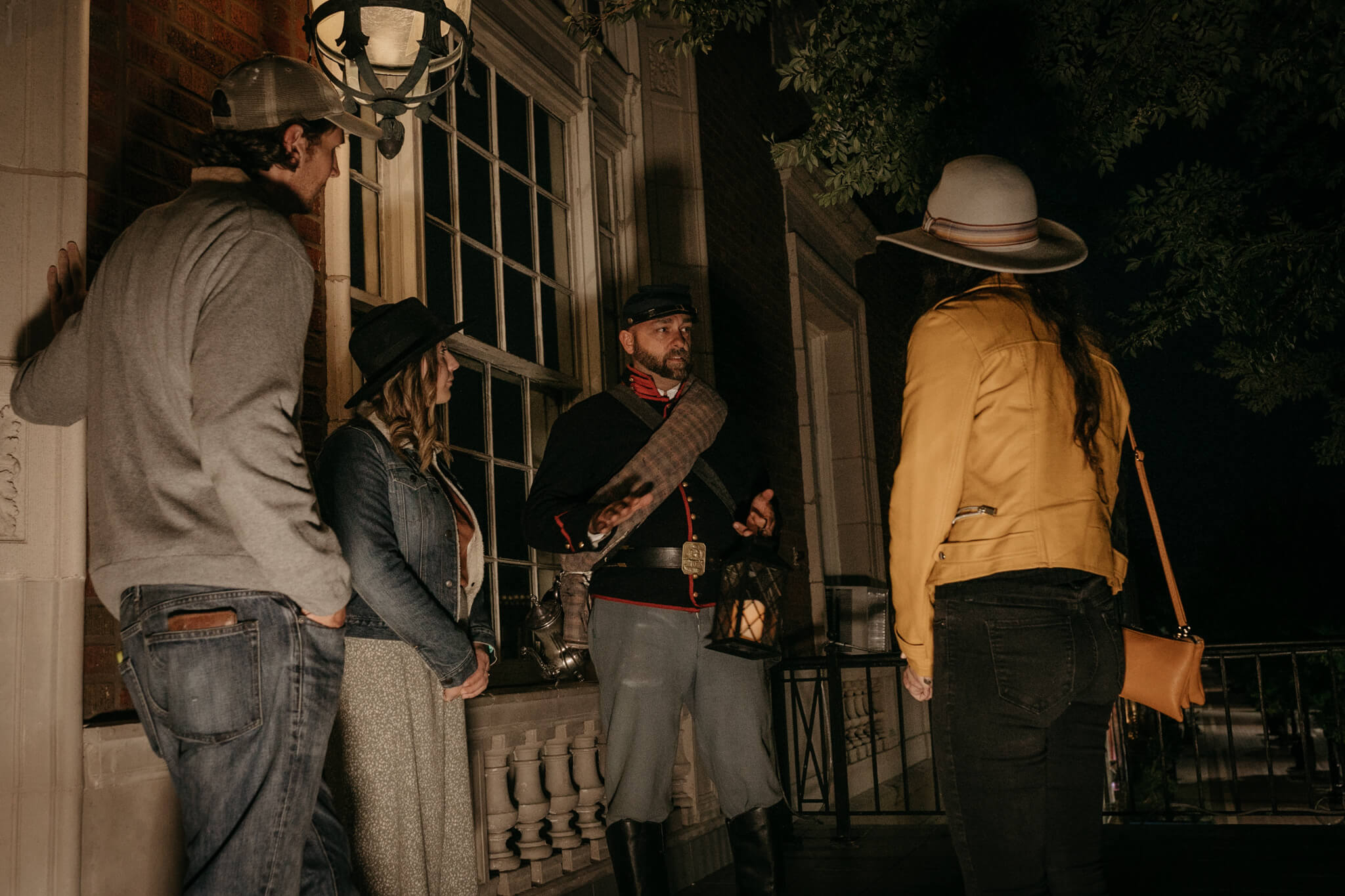 Thomas Bailey, a history buff who grew up in Wayne County, loves the opportunity his ghost tours give him to share Goldsboro’s history with locals and visitors. photograph by Visit Goldsboro

Find Your Way through the Hood Swamp Corn Maze

Pop quiz: What’s the name of a young male turkey? You have three choices: a rooster, a tom, or a jake.

That’s the kind of question participants at the Hood Swamp Corn Maze need to get right if they want to progress to the finish line. (If you said jake, you’re one twisty-turn closer.)

Open Fridays from 5 to 9 p.m., Saturdays from 12 to 9 p.m., and Sundays from 1 to 6 p.m., Hood Swamp Farms welcomes visitors from all over the state every weekend in October.

“It’s a fun way to learn a little more about farm life,” says Jeff Parks, who’s worked on his family’s farm since he graduated from North Carolina State University in 1990. Parks moved back home to work with his dad, Ham, now 92. “We like to promote farming for people who don’t have that experience,” he says. “That’s one of the main reasons we started doing the corn maze about five years ago.”

In addition to the corn maze, Jeff and his wife, Shawn, escort their guests on hayrides in an old cotton trailer. “We have a bucket of corn on the cob, and we call up the cows so people can feed them from the trailer,” Parks says. Along the ride, guests also get to see the Parks’s chickens.

Before visitors head out, Parks gives them a brochure with facts about Wayne County agriculture. “We have a motto to keep things simple,” he says. “We want people to understand the importance of family farms.” 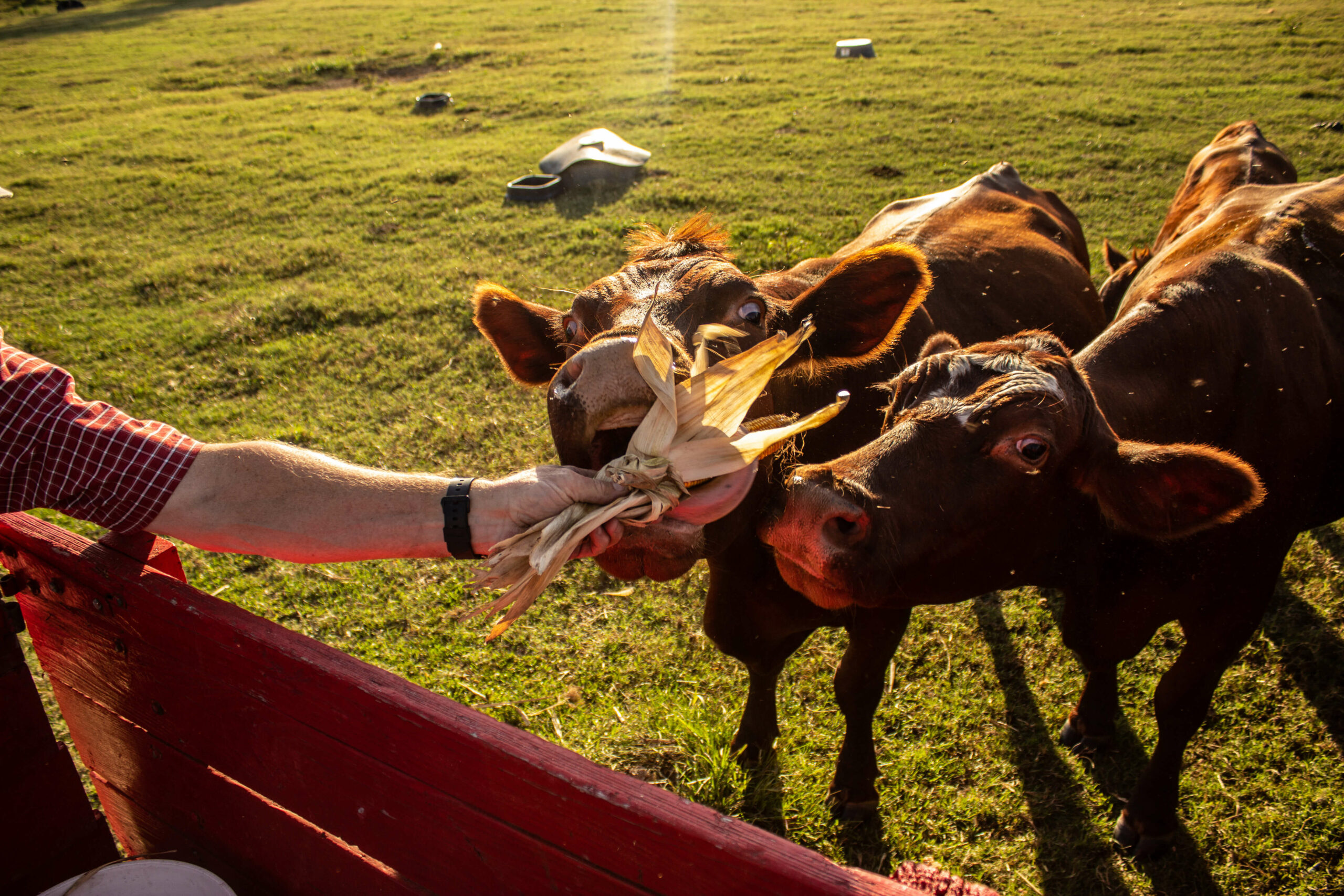 In addition to the corn maze, guests can take hayrides in an old cotton trailer and feed the cows. photograph by Visit Goldsboro

Just a 20-minute drive from Goldsboro, Mount Olive is famous for pickles, its charming downtown, and now R&R Brewing. Located right downtown, it offers refreshing brews that rotate throughout the year to take advantage of seasonal ingredients.

“My wife and I got married in the fall, about a month after the brewery opened,” says Ryan Roberts, head of operations. So every year, in honor of their anniversary, R&R serves a seasonal favorite: Goodbye Miss Brown. “[My wife] requested the ingredients, a sweet potato pie brown ale,” Roberts says. “There’s just about 100 gallons per run, so when it’s gone, it’s gone.”

The 3,000-square-foot brewery features a cheery taproom complete with a rustic bar Roberts made from a 100-plus-year-old poplar that fell in eastern North Carolina during Hurricane Matthew. Behind the bar, taproom manager Dom Goings is happy to help you find your new favorite brew. If you’re not sure where to start, he’ll give you a sample to try — in a recycled pickle jar, of course. 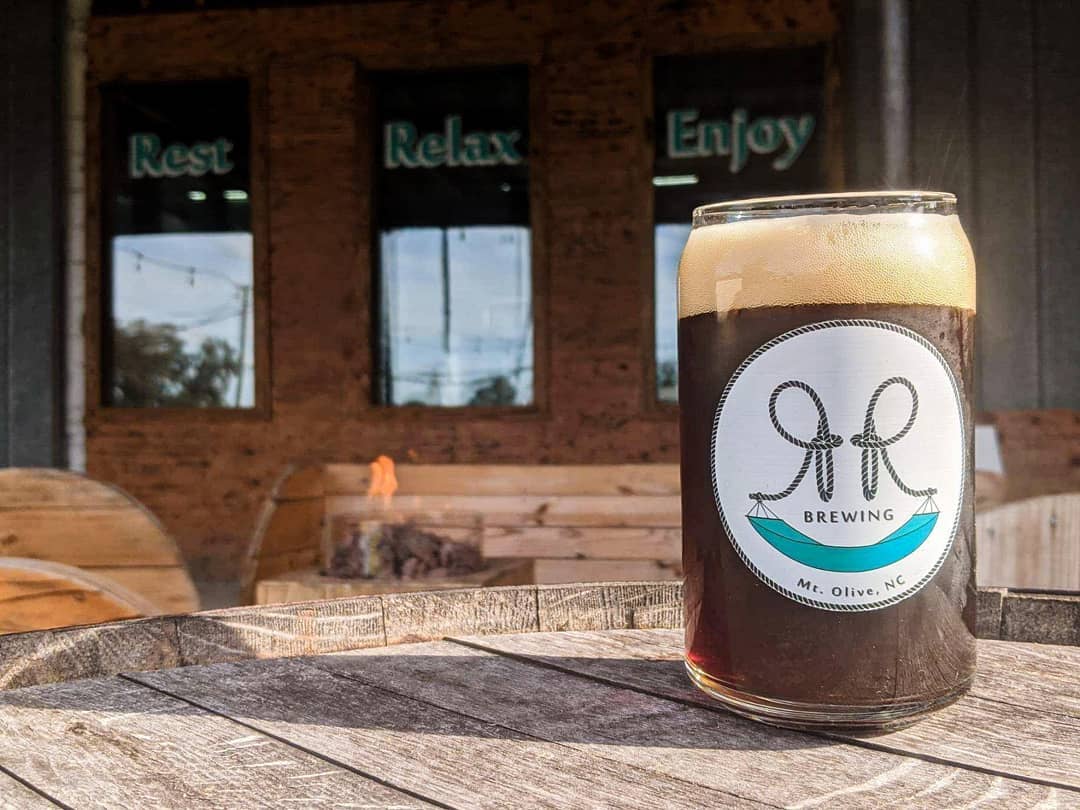 R&R Brewing in Mount Olive offers refreshing brews that rotate throughout the year to take advantage of seasonal ingredients. photograph by Visit Goldsboro

If you’re hungry, grab a bite to eat from a food truck. Then kick back on the patio, at a picnic table, on a bench made from an old wooden barrel, or in one of R&R’s signature hammocks in the beer garden.

“In the fall, it’s like everybody is returning home,” Roberts says. “Around here, a lot of people went to the beach or the mountains for summer vacation, and there’s this peace and relaxation that comes with being home and gathering together to catch up on lost time. Out on our patio, you can settle in by a fire pit and breathe in the crisp, clean, air … enjoy a little country living.”