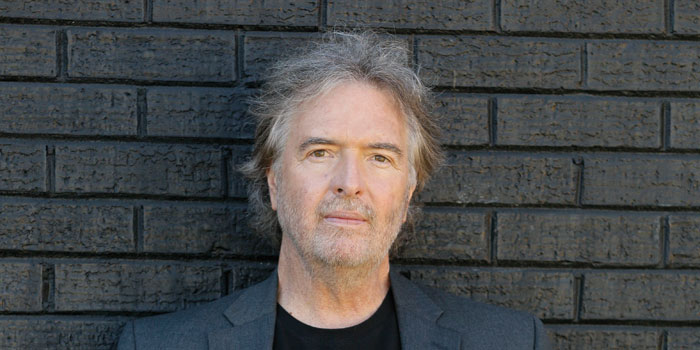 Charles Frazier’s books are labors of love, long in the making and involving much revision.

“When I’m really working, it’s seven days a week,” he says. “I like the discipline of writing every day to keep that forward movement going.”

Eight years passed from conception to publication of his first novel, Cold Mountain. Another nine years passed before 13 Moons, a first-person narrative about a white man’s immersion in the world of the Cherokee, appeared in 2006. The Southern, gothic thriller Nightwoods came five years later, his fastest turnaround. He had something to prove with this latest novel.

Cold Mountain won the National Book Award, spent a combined 94 weeks on the New York Times best-seller list, and was adapted into a Hollywood film starring Nicole Kidman and Jude Law. In anticipation of the success of Frazier’s next novel, his publishing company gave him an $8 million advance for his second work — one of the largest advances ever given to a work of fiction.

Yet Frazier remains justly proud of 13 Moons. “What helped most,” he says, “is when I realized which is more intimidating — to work every day on a first novel with what hope of actually getting it published, or writing a second novel and worrying how somebody at a newspaper is going to react to it. Once that clicked, then I moved forward without a lot of self-doubt.”

Even so, Frazier wanted a fresh start with Nightwoods. “I wanted it to be shorter and quicker,” he says. He also left the 19th-century language and folkways of his previous books. The novel remains set in Frazier’s beloved North Carolina mountains, but in 1960.

Nightwoods won the 2011 Weatherford Award for fiction (Cold Mountain won the same award in 1997). Reviewers for The New York Times and The Guardian called it “suspenseful” and “vividly drawn,” respectively. “Sorry, haters,” wrote Ron Charles in The Washington Post, “but this is a fantastic book.”

Frazier’s connection to the mountains of North Carolina goes back to his childhood. He was born in Asheville and grew up in Andrews, near the Tennessee border. An acquaintance from Andrews recently told him, “When you were a little boy, you were all over town all the time. You were in everybody’s house. You were constantly curious about everything.”

As a child, Frazier picked huckleberries on the real Cold Mountain near his grandfather’s hunting cabin, located just southwest of Asheville, near Mt. Pisgah. Later, Frazier used the locale for the title and setting of his first novel.

A latecomer to fiction writing, Frazier studied literature in graduate school, earning his doctorate at the University of South Carolina.

“I had lots of writer friends in graduate school, but they were always ‘the writers’ and I was always ‘the academic,’ ” he says. “So I think some of those friends were a little surprised that I wrote a novel. I was really in my 30s before I started thinking at all about trying to do fiction.”

Frazier’s ancestors inspired him to write Cold Mountain. In 1989, his father chanced to mention Pinkney Inman, a great-great uncle who fought in the Civil War. “I just felt like, ‘I know how to write that story,’ ” Frazier says. “Within a few weeks, I had ideas on how to structure the book.”

Published 15 years ago, Frazier’s literary landmark remains very much alive. Jennifer Higdon, a Pulitzer Prize-winning composer, is turning it into an opera.

Frazier still spends time at the farm in Raleigh where he wrote Cold Mountain. He and his wife, Katherine, and their 28-year-old daughter, Annie, spend most of the year on a horse farm in central Florida, but the heat of the summer and a deep love of the mountains bring them back to North Carolina every summer and fall.

For now, about a year removed from the paperback release of Nightwoods last fall, Frazier has some time to enjoy the outdoors while between novels. “I need to get back to work before long,” he says. Ahead is the solitary labor of inventing characters, plotting action, and conducting historical and geographical research. It’s work that he loves, though, and he keeps moving forward.

Set in 1960, Nightwoods takes the reader on a white-knuckle ride through a haunted Southern, gothic landscape fraught with broken characters. Frazier’s misfits include a pair of damaged siblings and a degenerate, remorseless criminal. Frazier’s eye for detail and description are intact, but the fast-paced approach is a departure, making the book a page-turner in which you want to savor every word.

Parke Puterbaugh is a Greensboro-based writer who teaches at Guilford College. He is a former senior editor at Rolling Stone magazine and the author or coauthor of 10 books. His most recent story for Our State was “Carolina Cowboy” (May 2011).