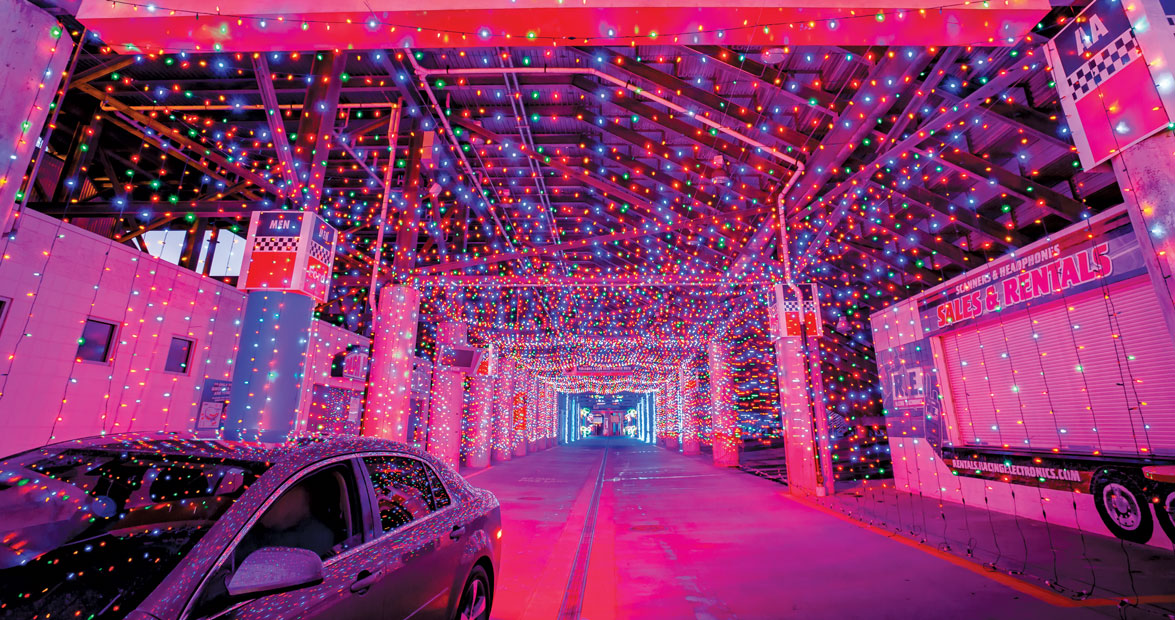 ustin Allgaier usually drives the track at Charlotte Motor Speedway at more than 100 miles per hour in a Chevrolet Camaro SS for JR Motorsports in the NASCAR Xfinity Series. Last December, however, he drove this track in a Chevy Tahoe for someone else: his 5-year-old daughter, Harper. Allgaier’s family had come to see the lights — the many, many lights — at Speedway Christmas. Allgaier, like all of the drivers on the track that day, took his speed down to single-digit levels.

“It’s funny going around the [Speedway Christmas] racetrack as a driver — my first instinct is to drive up onto the banking and show ’em what it’s all about,” Allgaier says. “But that’s not an option.”

So he explored parts of the new Roval track at a much slower pace. He visited the Christmas village in the infield to enjoy an apple cider (typically not the drink of choice on the infield), and he introduced Harper to Santa Claus. Allgaier has been on this track more than 20 times, but on Speedway Christmas, he experienced a whole new place. “You go there and think, wow, they’ve taken one thing and turned it into something else that’s completely cool,” he says.

“It just feels hometown. The music, the lights. I come here and I think, OK, now it’s Christmas.”

This year marks the 10th anniversary of Speedway Christmas, when Charlotte Motor Speedway transforms into a glowing wonderland. It’s no small feat to fill this massive speedway with light displays, but four million bulbs manage to do it. Lighted displays line the curves; last year’s storybook theme had the Big Bad Wolf huffing and puffing but not blowing the piggies’ house down, and left Captain Hook dangling over Tick-Tock the crocodile before an amused Peter Pan. Each year’s display theme is different; this year, it’s “Santa’s Safari.” If the car radio is set to 101.3 FM, those inside the Speedway experience the blinking lights synced with Christmas music. 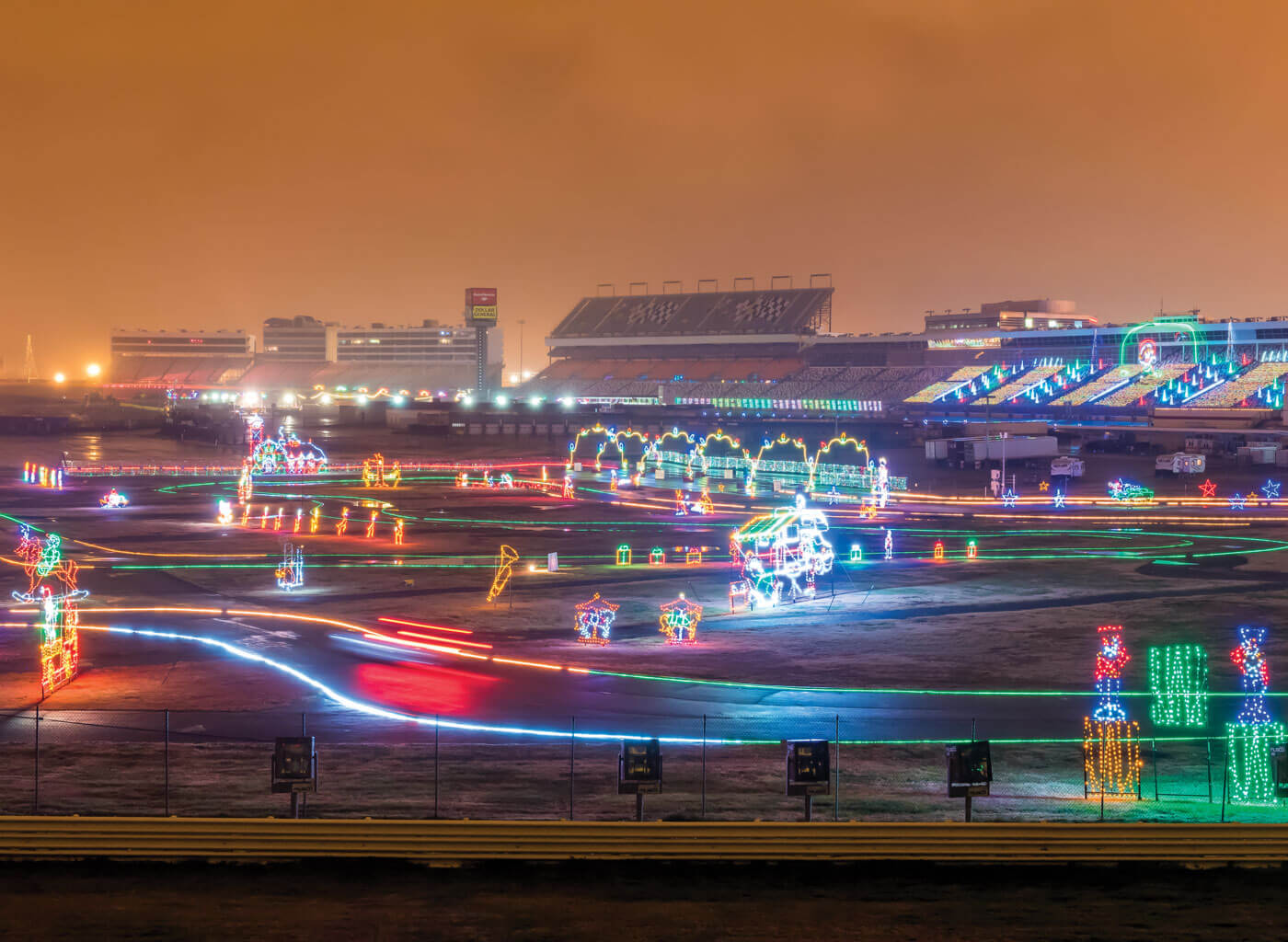 The Speedway’s light displays have a different theme every year. There’s even a dusting of snow — really just soap — to put folks in the Christmas spirit. photograph by C2 Photography

In the center of the track is a Christmas village, open Thursday through Sunday. Visitors can leave their cars to visit a live Nativity, toast s’mores over firepits, and, of course, get a picture with Santa. Tonight, however, none of these attractions can compare with a simpler thrill: the fake snow falling on guests as they enter the village.

“I’ve never been so excited about snow in my life!” says a little girl, about 8, as she runs in circles with her arms raised. All around her, children scamper and stomp to leave footprints in the dusting.

It’s soap, the kids learn with some disappointment. Impossible to mold into snowballs to throw at each other, they realize after failed attempts. Still, snow of any kind in the Charlotte area in December is a big deal.

Cathy Lapish of Mount Pleasant has come to Speedway Christmas for five years in a row with her five grandchildren, almost an entire lifetime for her youngest. “It just feels hometown,” says Lapish, a Concord native. “The music, the lights. I come here and I think, OK, now it’s Christmas.”