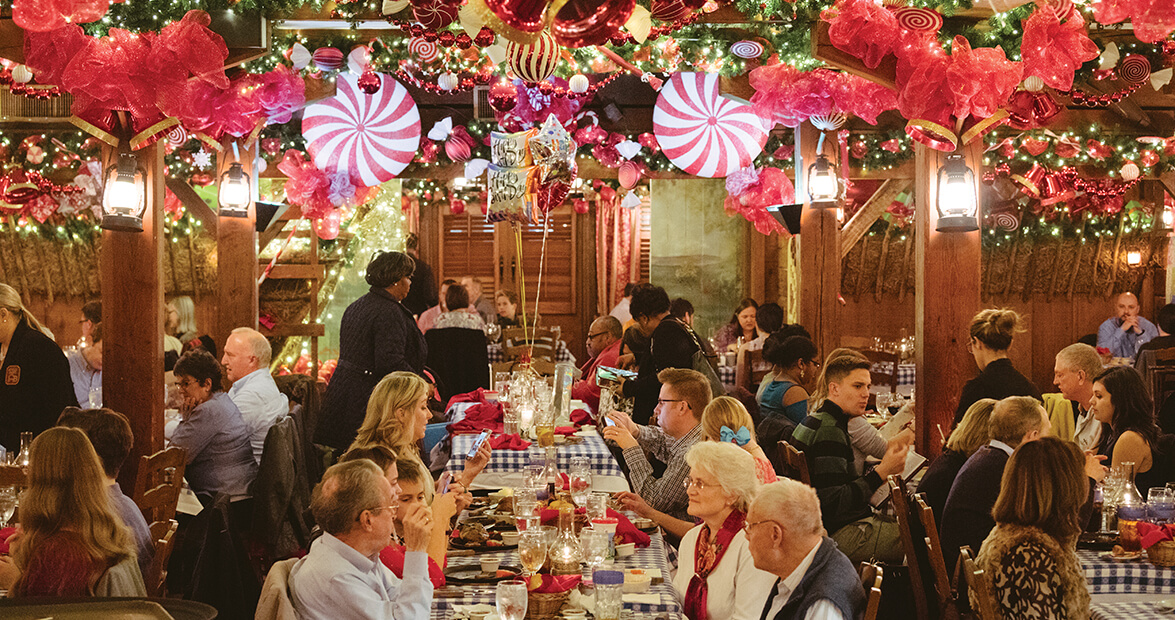 Van Eure is on to you. Eure, the owner of The Angus Barn in Raleigh, knows that some patrons are taking advantage of her restaurant’s generosity. “Y’all,” she begins, which is her signal that she wants to make a point or tell a funny story. “We know some people are having 10 birthdays a year because they want a piece of pound cake.”

Eure also saw customers enjoying one of The Angus Barn’s Christmas traditions — giving away gingerbread cookies — a bit too liberally. Van’s father, Thad Eure Jr., came up with the idea of sharing gingerbread men during the holiday, but some guests liked the treats a little too much. To curb having legions of gingerbread men walking out the door, Van initiated a new Angus Barn tradition: elves.

That last one can be difficult to enforce. Like the time when Van found a pair of elf siblings engaged in a sisterly squabble one December evening. “Y’all, I walked into the lobby, and everyone was looking at something,” she says. “Two elves were hitting each other and crying. I said, ‘Elves don’t fight,’ and I took them by the hand and got them out of there.”

Like the tradition of handing out cookies, the custom of putting up a Christmas tree in the restaurant was begun by Eure’s father, who partnered with Charlie Winston to open the original restaurant in 1960. In 1997, nearly 10 years after Van took over the family business, she and her sister, Shelley Eure Belk, took a holiday trip to a resort and were inspired by the Christmas decorations.

“Van,” Shelley said, “there’s no reason why The Angus Barn shouldn’t be this beautiful at Christmas. Every room could have a different theme.” 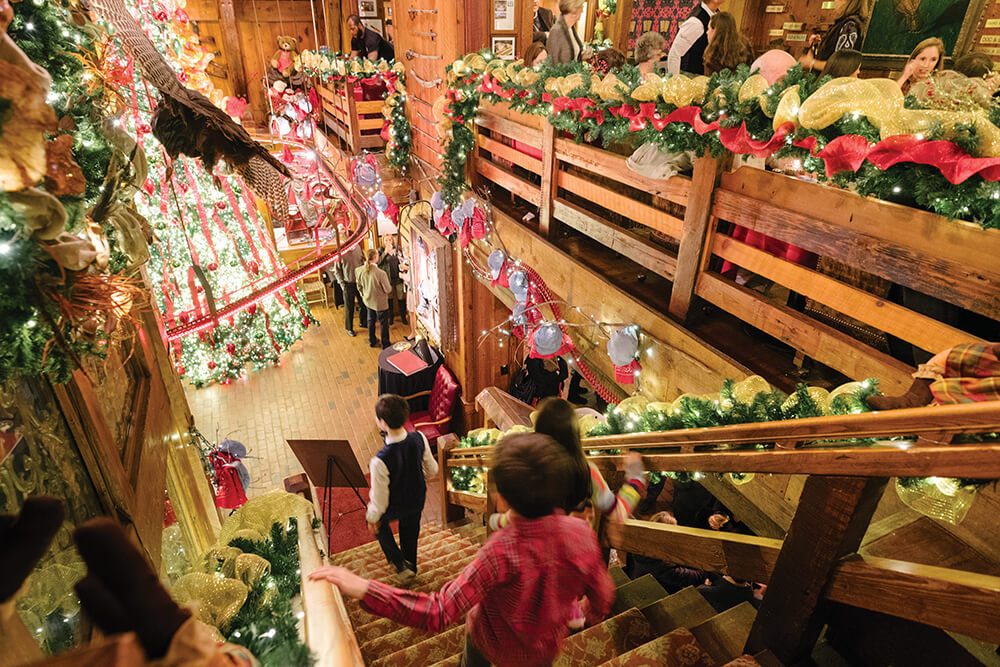 Walking down the restaurant’s staircase into the brightly decorated lobby makes an unforgettable impression on young guests. photograph by Andrew Kornylak

That seed of an idea has grown into a year-round Christmas obsession. Every room does indeed have a different theme, and the themes rotate from year to year. They’ve had upside-down Christmas trees and elves hiding inside a tree, and they even had The Angus Barn’s master carpenter, Dan Callahan, install a train that ran through the main Christmas tree. The train was such a hit that it’s become part of the permanent decor.

Other Christmas touches also avoid the rotation assigned to other rooms. In Alice’s Room, located in the Wine Cellar, most of the ornaments on the tree are from the personal collection of Van’s late mother, Alice Eure. And in the kitchen, out of sight of most guests, stands a pink tree in honor of Betty Shugart, who worked at the restaurant for more than 50 years before her death in 2013.

And while decorating the Barn takes about a month, inspiration can strike at any time — Van came up with the Christmas 2017 theme back in January. One hint: Bing Crosby.

Because holiday reservations at The Angus Barn are so coveted, the decorations usually stay up until mid-January so more people have a chance to enjoy them. Some regulars who don’t want to miss out on a particular date have already made reservations for December 2018.

All the work that goes into Christmas at The Angus Barn pays added dividends when Van receives notes from longtime customers, like Art Church of Cary. “I now understand why generations of families go to the Angus Barn and make it a tradition,” Church wrote. “To know I was in the same building where my father had so many great memories was a very comforting feeling. To be able to look at a table and say, ‘Maybe Pop sat here,’ or, ‘This is the cheese and crackers he always talked about,’ something about it made you think it was all going to be OK … Tonight was a great night of bringing old memories together with years of memories to come.”