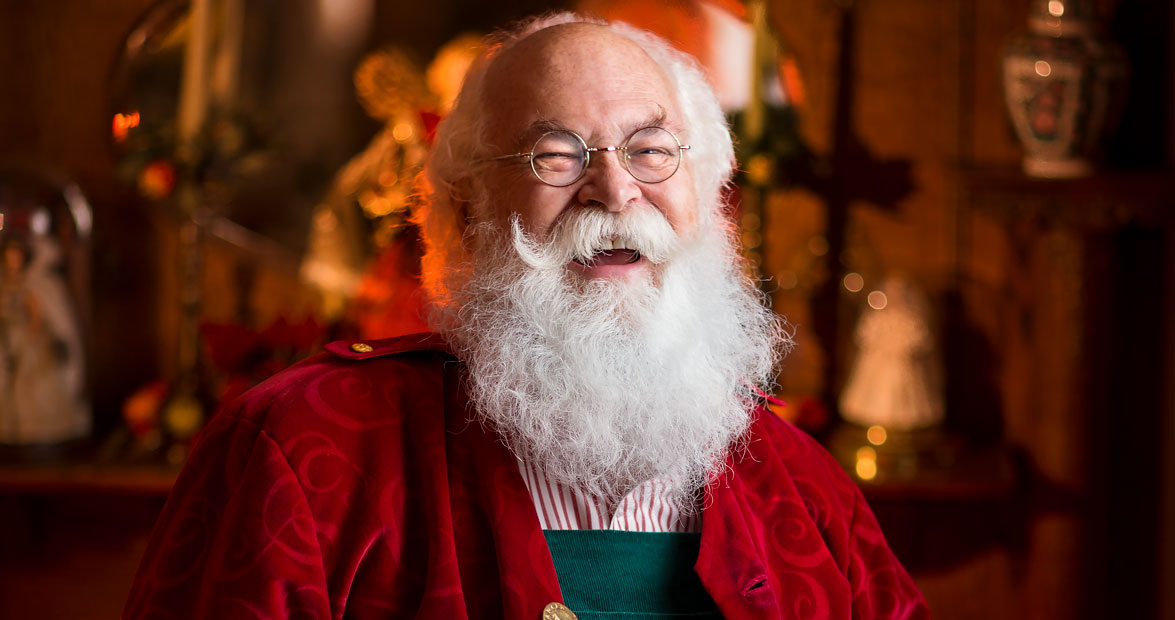 Be they Greek myths or Cherokee creation tales or Santa Claus beginnings, origin stories are important, and occasionally lifechanging. In 1962, when Cliff Snider was 15, his High Point Sunday school class was delivering toys to a mission. By his own admission, Snider was “the fattest kid in the class,” so he put on a crummy wig and beard, and an old, rented, red corduroy Santa suit, and hefted a cut cedar tree over one shoulder. “Those kids didn’t care; they felt like Santa had come to see them.” Snider’s father had died in a horrific car accident, and “it was like God tapped me on the shoulder and said, ‘I know you have a broken heart, Cliff, but this is what I’m sending your way.’ ”

Snider, who went on to become a salesman with a Greensboro printing company, didn’t go to professional Santa school until more than 30 years later, in 1995. Only 10 new students were accepted every year, and one of the requirements for entrance was an essay, a tradition instituted in 1937 by one of the original Macy’s Santas, who believed that Santa Claus should be a man of character, not just someone who puts on a red suit. Snider was accepted, but once at school, he was intimidated by “some of the most beautiful Santas I’d ever seen.” But when he received his diploma, another Santa told Snider, “Don’t worry about anyone else, just be the best Santa that you can be in High Point. That’s all you have to worry about.”

“And that,” Snider says, “is the best advice that he could have given me.”

Today, Snider — or Cliff Kringle, as he’s better known — still classifies himself as “heavy,” but he admits that his weight fluctuates, so “if someone says Santa’s looking thin, I know I need to eat.” He keeps a year-round Santa beard and has eight Santa suits and two robes. One is trimmed in raccoon fur. Another is made from a crazy quilt sewn by his grandmother and greatgrandmother. And after the terrorist attacks of September 11, he added a patriotic-themed suit.

In 2012, Snider’s peers nominated him for the Order of the Long Leaf Pine. To receive this distinguished honor requires an individual to have served his community and North Carolina through exemplary service. The grieving adolescent from so many decades ago has served God, and North Carolina, faithfully — and merrily, as well.

Next – Ron Campbell: Kringle at Law