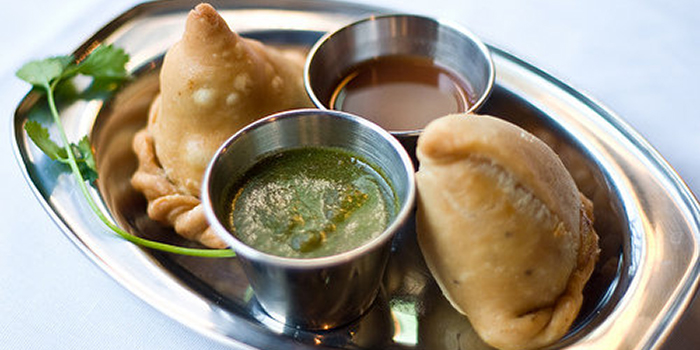 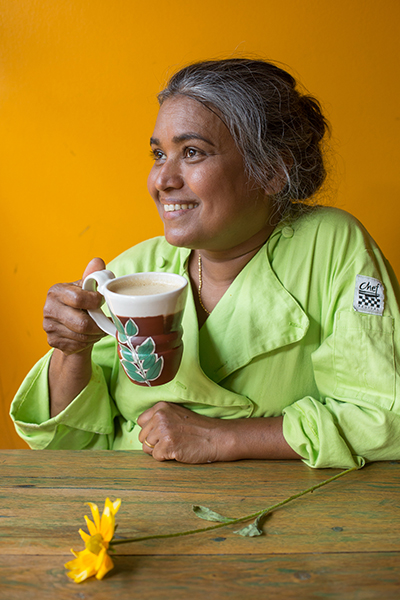 “The number of people who wanted access became too great for one family home — and yard, and basement,” she says. The community suggested she open a restaurant, and that’s exactly what Rajendran did. Since 2010, Vimala’s has brought to Chapel Hill a taste of the Bombay home where the executive chef grew up, and pieces of India are evident in the restaurant’s food and atmosphere.

Rajendran cooks her mother’s original recipes, like sambar, a lentil-based vegetable stew made with a robust spice blend. But the café focuses heavily on North Carolina, too, fusing the state’s cuisine with Indian style to create tasty dishes — even barbecue. And Vimala’s policy includes never turning a guest away, and the “Food for All” fund jar is proof that the restaurant works diligently to make local food more affordable.

“The absolute best reward after settling down in our state is being the darling of the community,” Rajendran says. That she is.

Kirstin Meyerhoeffer is a graduate of the University of North Carolina and currently works as an English Language and Culture Assistant in Spain.