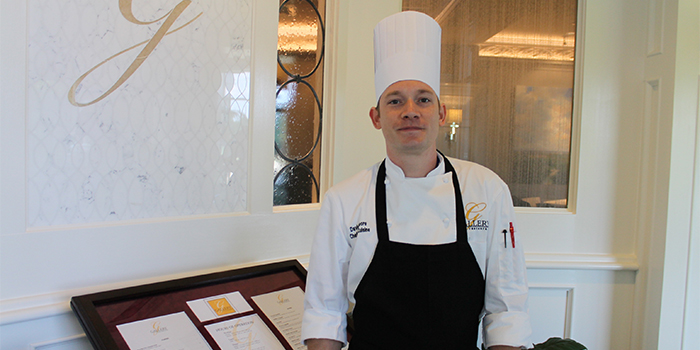 David Moore has been around restaurant kitchens since he was 15 years old, growing up in Spartanburg, South Carolina. Even at that age, he knew he liked the fast-paced atmosphere and camaraderie of the kitchen. He had fun going to work.

Fast forward 17 years, and Moore, 32, is still having fun. For the last seven years, he has worked at the Ballantyne Hotel & Lodge in Charlotte. His current role there is chef de cuisine.

Moore manages food service to two bars, Gallery restaurant, the rooms, and the swimming pools and spa. He also manages 34 staff members from Gallery and the stewarding department.

Ask him what he likes best about the job, and he’s quick to answer: “Without a doubt, the people that I get to work with on a daily basis.” 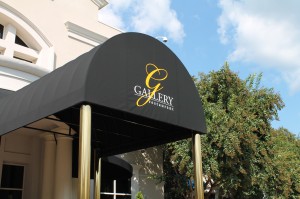 Moore recently represented Gallery restaurant in segments of “Fire in the City: Charlotte,” part of the Competition Dining Series held throughout the year in regions across the state.

In each battle, chefs from two restaurants compete using a mystery North Carolina ingredient they learn about the day of competition. The series – Our State Magazine is a sponsor – highlights North Carolina products, agriculture, and culinary skill.

In a contest using Uncle Scott’s Root Beer from Mooresville as the mystery ingredient, Moore competed against David Lucarelli, a chef from the Cowfish Sushi Burger Bar. Moore’s dishes took the higher score.

Moore notes that he had carbonated and uncarbonated versions of the beverage to use. “The uncarbonated was fun to work with, and it’s a little bit easier to work with as well. When you go to pour it in a stock pot, it doesn’t try to foam over the top on you,” he says.

Moore is a fan of artisan root beers. “We just wanted to try to stay focused and really highlight the root beer as much as we possibly could, and for the Gallery team, that meant not going too far outside of the box, but allowing people to not only see the root beer on the plate, but taste it and smell it as well,” he says. 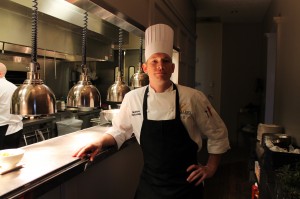 David Moore, chef de cuisine at the Ballantyne Hotel & Lodge in Charlotte, stands in the kitchen of Gallery restaurant at the hotel. photograph by Hope Yancey

The textures of the foods offered “almost a study of root beer,” according to Moore. His dessert course was root beer ganache, mousse, and glacé with root cherry marmalade.

Moore put his culinary talents to more personal use not long ago when he wrote most of the menu for his wedding. The ceremony and reception were held at the Lodge on the Ballantyne Hotel’s property; the banquet staff did much of the work for the meal.

The Irish-inspired menu incorporated flavors from other cuisines. Dumplings with a shepherd’s pie filling were among the items served.

What does Moore make when he does cook at home? It could be anything from Vietnamese food with ingredients from an Asian market, to hot dogs purchased at Harris Teeter, he says with a smile.

Reduce over medium heat to 1 cup of syrup.

Heat cream and root beer reduction to a boil. As soon as cream mixture begins to climb sides of pan, remove it from direct heat. Pour hot root beer-flavored cream directly over chocolate. Stir with a high-temperature rubber spatula until fully combined. Pour ganache onto a Silpat and chill. If done correctly, ganache should spread like peanut butter at room temperature.

Bring all ingredients except slurry to a boil over medium heat. Whisk in slurry to achieve desired thickness. Reserve chilled.

Bring all ingredients to a boil over medium heat. Reduce heat to a simmer and cook until cherries are soft and edges of pan have caramelized. Remove half of cherries to a food processor and puree. Add puree back to remaining cherries. Reserve chilled and allow to return to room temperature before plating.