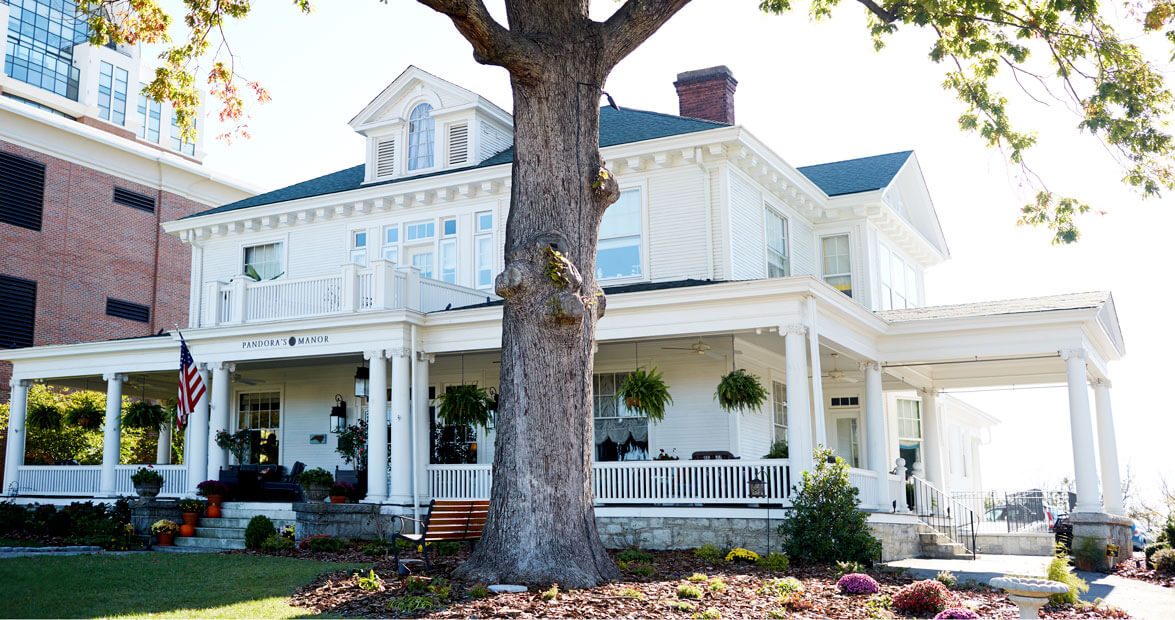 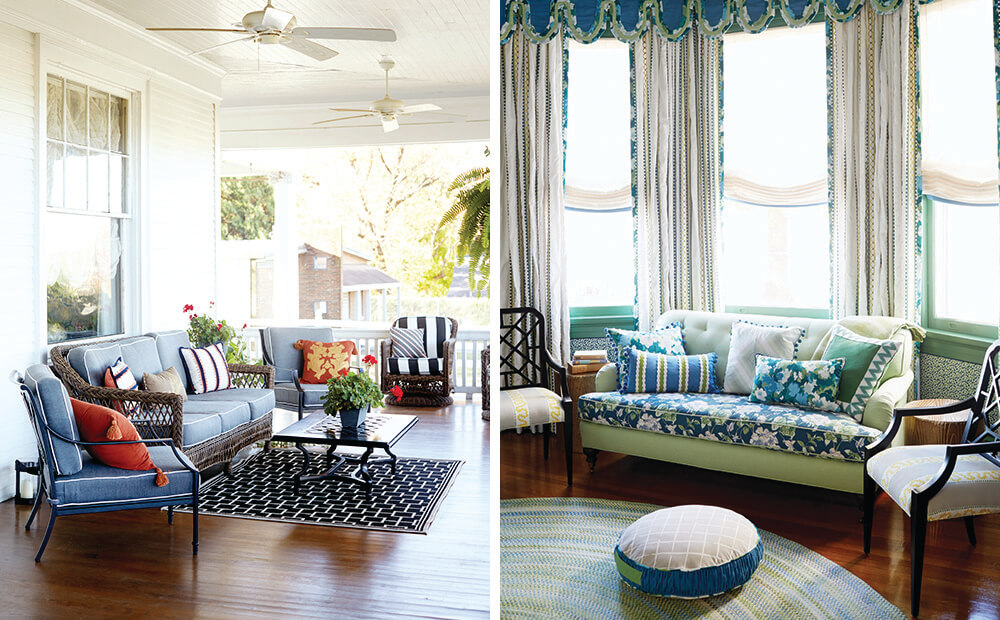 Pandora’s Manor, with its inviting and spacious wraparound porch, is one of High Point’s best examples of Colonial Revival architecture. photograph by Stacey Van Berkel

In downtown High Point, evidence of forward-thinking designers is everywhere: in showrooms and in the contemporary designs of the buildings themselves, from the sleek glass “ship” that houses Natuzzi furniture to the wavy lines of Showplace near the hub of the High Point Market. But over on West High Avenue is something a bit more classic: the historic, white-columned house known as Pandora’s Manor.

Pandora, in this case, has nothing to do with the overcurious gal of Greek mythology. Instead, the manor, built in 1905, is named for the wife of Henry Fraser, the cofounder of the Alma and Myrtle desk companies, which, in the 1950s, became the largest office furniture manufacturers in the country.

Fraser eventually sold the residence to the Wilson family of High Point. Later, the manse became a boardinghouse. Finally, two years ago, Ridvan Tatargil of Eastern Accents, a high-end textile company, bought the home and set about transforming it into a boutique hotel. Creative Director Louise Traficanti oversaw the downstairs, with a goal of maintaining the history of the home and the feel of its era. The music room, where ladies would have gathered after dinner, is all silvers and golds — even the cork wallcovering — lending a warmly feminine feel. Across the hall, the lounge, with its masculine furniture and chessboard inlay, evokes port and cigars. In the dining room, an oversize 1960s map of North Carolina’s road system is a reminder of just how long it took to get to the beach decades ago. 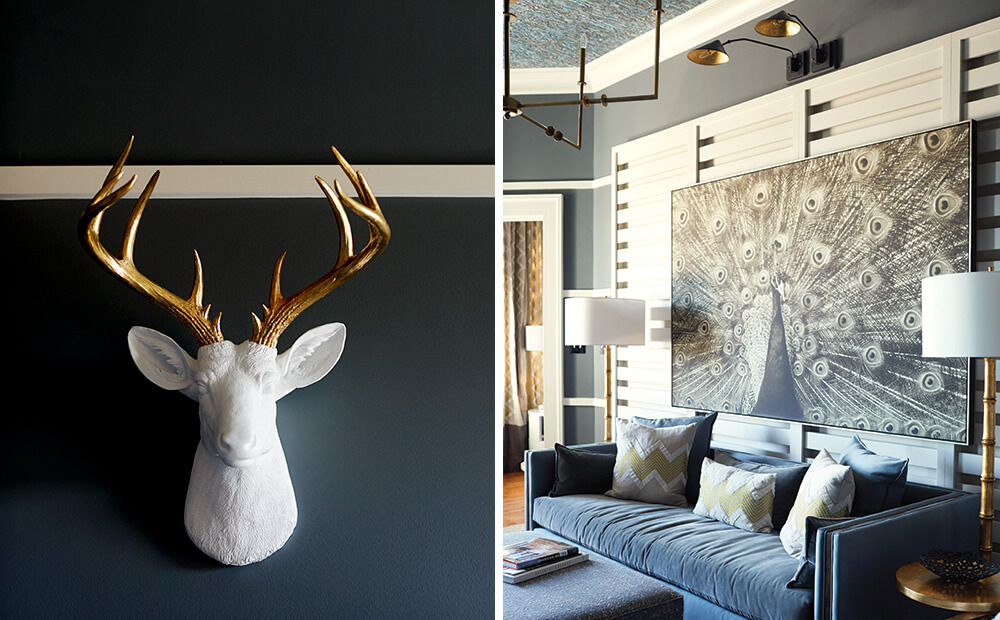 Beneath 16-foot ceilings, gleaming original hardwood floors are set concentrically, square after square becoming smaller and smaller, like a set of Russian nesting dolls. As with the sliding pocket doors, mantels throughout the house are original, each bearing an antique clock. An immense circular velvet settee dominates the foyer. All of these public rooms — where rehearsal dinners, showers, and other parties and events take place — boast custom fabrics, pillows, and curtains. The effect is comfortable and welcoming. Beyond the upholstered wicker furniture on the wide front porch stands a half-cocoon of rattan filled with cushions — “our egg,” as the events coordinator, Connie Lineberry, puts it — simply begging to be curled up in with a glass of wine and a good book.

The kitchen, though, is as sleek as any upscale modern restaurant. The bar, created by North Carolina craftsmen, seats 12, the better to watch a chef prepare your catered dinner, or the innkeeper, Lisa Crews, prepare your breakfast.

Pandora’s Manor is an event space, but it’s much more dedicated to luxury lodgings. The six bedrooms illustrate what happens when celebrity designers are presented with a blank slate, an unlimited budget, and a command to have at it. The results are one-of-a-kind, pull-out-the-stops sleeping and living and lounging spaces, canvases for six lucky designers’ wildest dreams. 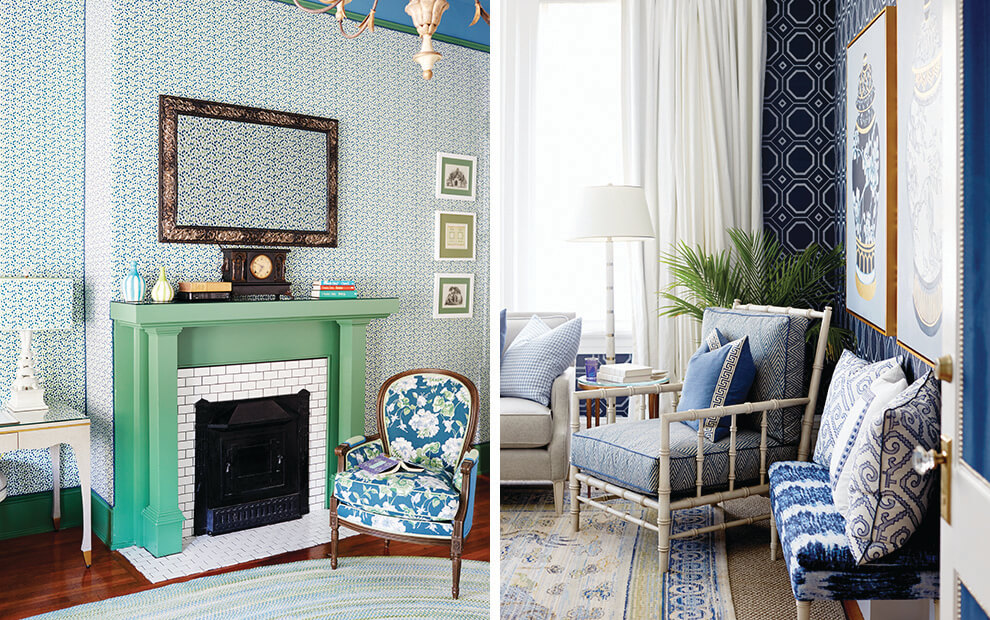 The downstairs bedroom was the project of Jason Oliver Nixon and John Loecke, High Point’s own whimsical “Madcap gents.” Some 350 yards of fabric — a record in Pandora’s renovation — cover the walls. The sprightly green-and-blue print matches the colors of the braided rug from Capel beneath your feet.

The unifying element in every room is a black-and-white bathroom, complete with North Carolina toiletries made just for Pandora’s. Every guest receives their own for-keeps slippers and black-and-white pajamas: stripes for gents, polka dots for ladies. Some bathrooms boast steam showers; all have heated racks to keep your towels toasty.

Arkansan designer Tobi Fairley’s room is sunshine itself: bold, egg-yolk yellow with a Greek key motif in clean ebony, right down to the rug loomed by North Carolina’s New River Artisans. Have pals over for a gabfest or drinks before dinner: Benches, chairs, and poufs make up a full-on gathering place.

Feeling feminine rather than bold? In Celerie Kemble’s bedroom, the designer’s Palm Beach heritage glows serenely in greens and pinks as pale and delicate as, well, the inside of a conch shell. In lieu of an actual shoreline, sink your toes into a plush, furry circle of sand-hued carpet. Don’t be intimidated if these stellar designers’ names aren’t part of your everyday conversation: A coffee table book filled with glossy photographs of their work is placed in some of the rooms. 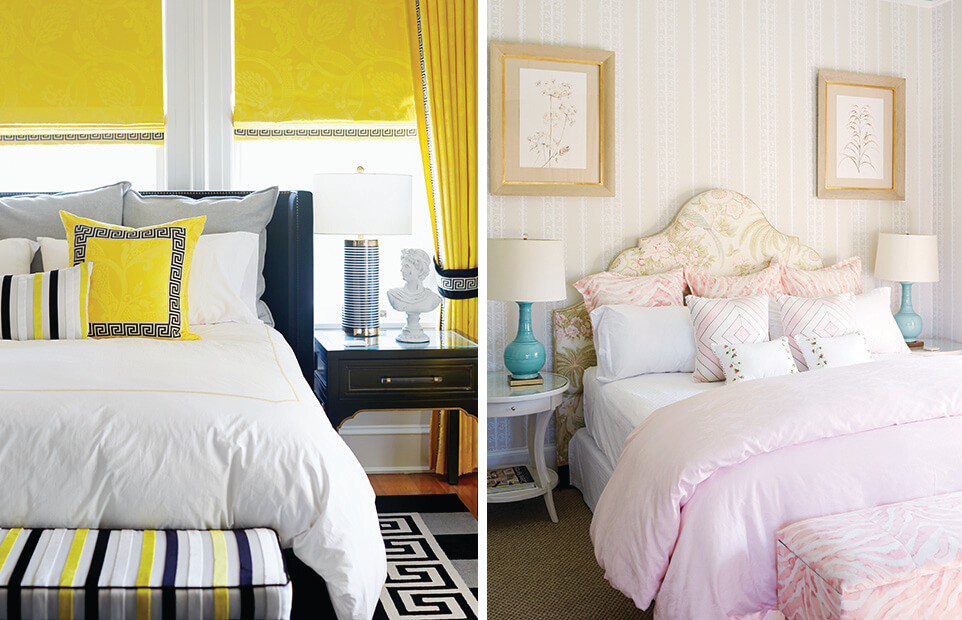 Designed by Tobi Fairley, the black-and-citrus yellow Wilson Room features a Greek key motif throughout, from the pillows, curtains, and rug to the bust statues. photograph by Stacey Van Berkel

And suites — because two of the six bedrooms have separate sitting rooms. Barclay Butera has kitted out his with a bar and a gourmet candy and board games closet. The suite’s textured grass-cloth wallpaper features a pattern so complicated that it took High Point’s best wallpaper hanger four days to complete. And on plaster walls no less.

Throughout the rooms, lamps, artwork, even the fireplace surrounds (including one outlined in mirrored subway tiles) were personally “specced” by the individual designer, like Thom Filicia’s ceiling wallpaper, squiggly and luminescent as an abalone shell, and the door panels padded in leather. In 1905, storage space was scant, so Filicia has showcased the closet in his bedroom with a designer chandelier.

For an aura of evening, glide into Alexa Hampton’s bedroom. The daughter of famous designer Mark Hampton opted for restful, darker tones of charcoal and slate blue. No matter the surroundings, though, the centerpieces of these bedrooms are the beds themselves. Raw silk duvets, furry headboards as deep and silky as mink, pillows by the dozens, and matelassé bedspreads to die for.

Naturally, furniture market folks flock to the Manor, but so do High Point University parents, just-marrieds, and folks who want to be plain-old pampered. Where else but the epicenter of the furnishing world can you find a historic home, open to the public, that has been given over to the best that the industry can summon, in both designers and designs? “The idea,” Lineberry says, “is that you come into this, and when you come back, it’s your home.”

Pandora’s Manor: sumptuous but not snooty, high-end but not highbrow, pristine but not prissy. Ever been herded through a show house or showroom, with vignettes so flawlessly rendered that you wanted to fling yourself into the scene — and onto the bed — and forget the tour, your troubles, the world outside, just to experience perfection? I know just the place.